Rock News
by Matt Bishop
July 10, 2019March 19, 2022
(TRR) – Pop-rock champions The 1975 are returning to the U.S. this fall. On November 16, the band will kick off a brief five-date jaunt across the country at the BB&T Pavilion in Camden, NJ. The tour wraps up on December 1 at the 1STBANK Center in Broomfield, CO. Tickets will be available for purchase HERE.

The 1975’s current LP A Brief Inquiry Into Online Relationships came out last November via Dirty Hit/Polydor Records. The album peaked at No. 4 on the Billboard Top 200 and No. 1 on the UK Albums Chart. This summer, the band are tentatively set to release their fourth studio effort Notes On A Conditional Form. 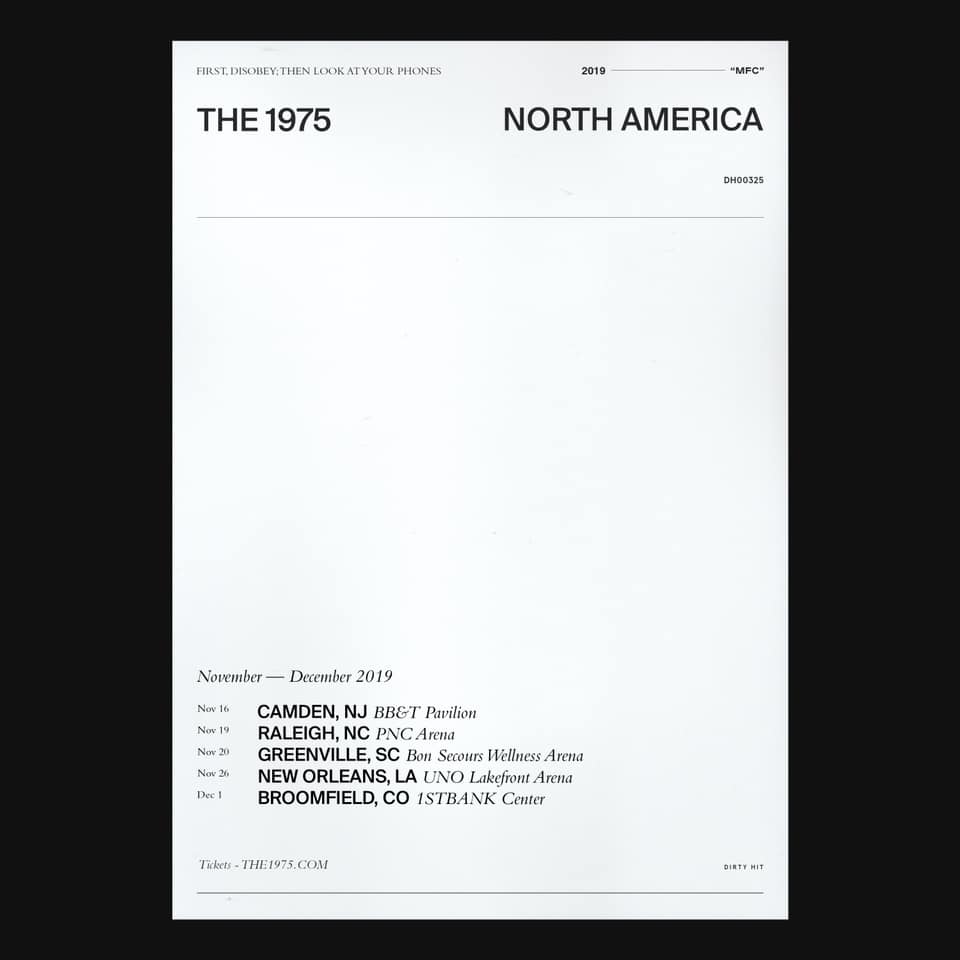