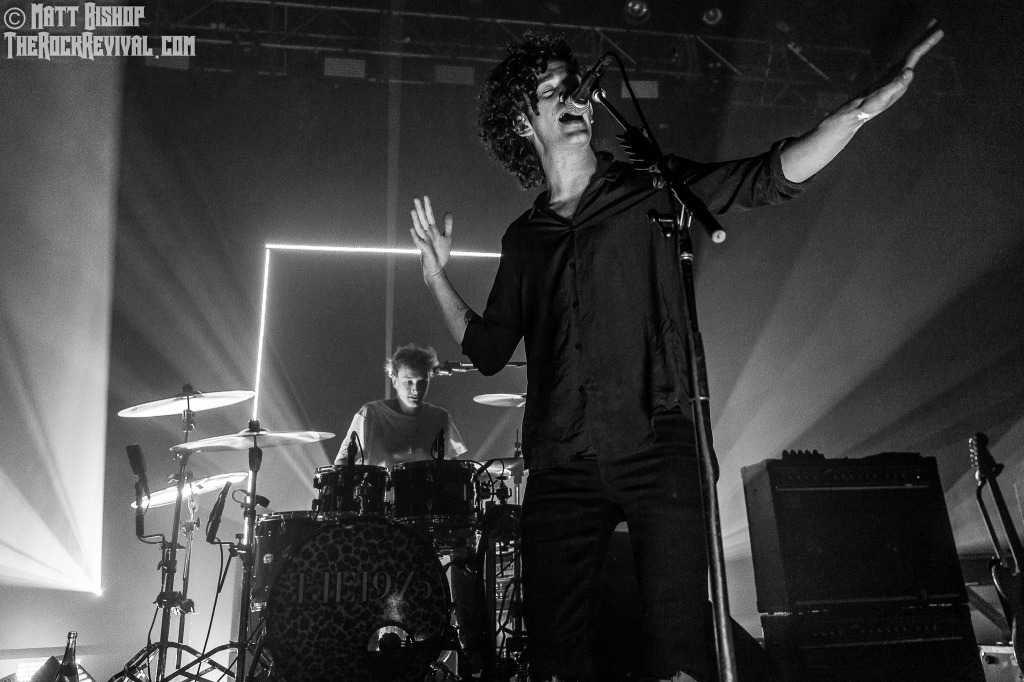 Last night at a sold-out Sherman Theater in Stroudsburg, PA, The 1975 captivated the crowd with an astonishing performance. The band has been slowly talking the world by storm with their retro-toned brand of pop rock and sex-soaked lyrics. Their self-titled debut album is impacting the charts around the world (including a #1 debut on the UK Albums Chart), and was featured in TheRockRevival.com’s list of the Top 50 Rock Albums of 2013. The band translates the songs from the stereo to the stage with an energetic and mesmerizing live show. 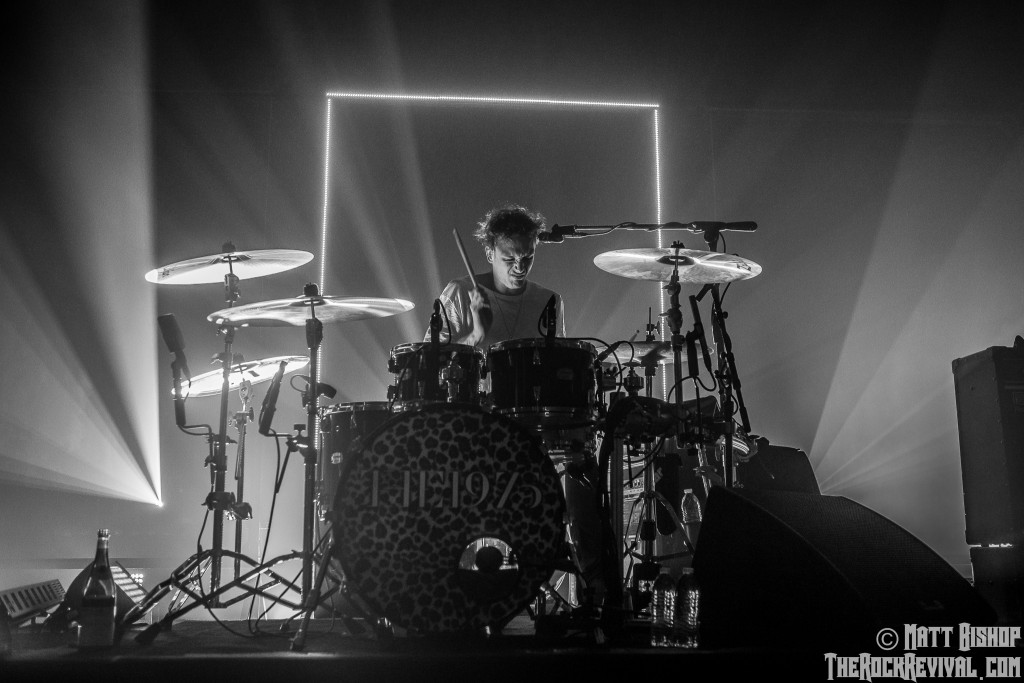 Drummer George Daniel kicked off the evening’s festivities with his pulse-pounding intro to “The City.” From there, the band went on to play a 17-song set that included most of their debut album and some tracks from previous EPs. Highlights were almost too many to count, including “M.O.N.E.Y.,” “She Way Out,” “Pressure,” So Far (It’s Alright),” and others. Half-way through the set, the crowd exploded as the band launched into “Heart Out,” arguably the album’s crown jewel. 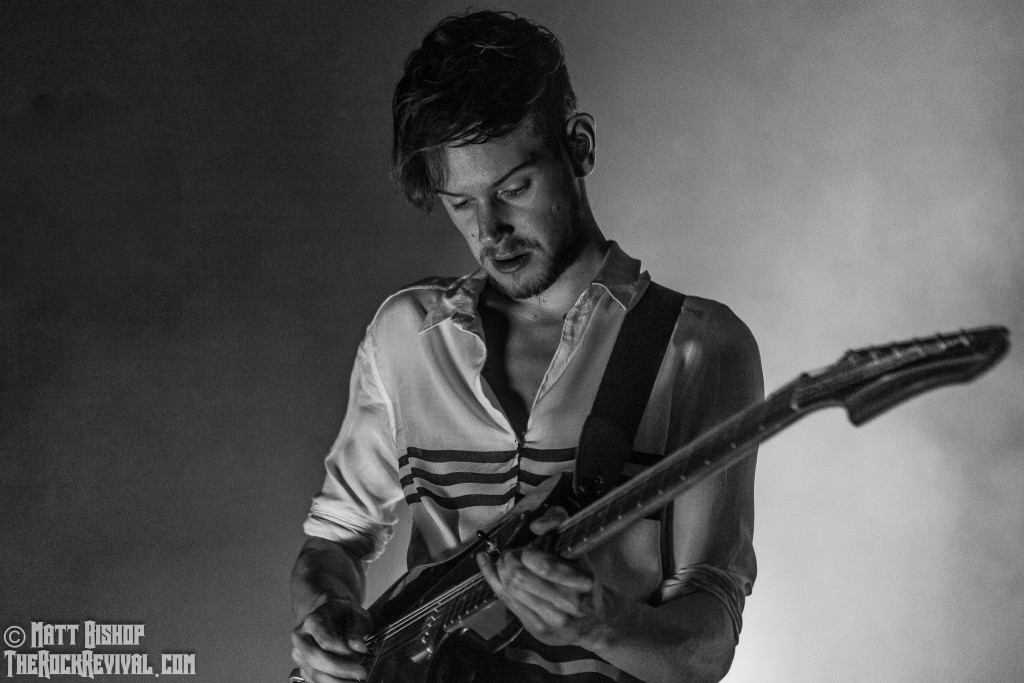 Later the crowd was put into a trance with the warm, ambient melody of “Me.” The sound of the crowd singing along was almost overwhelming. The soft and nostalgic “Menswear” made way for the set’s upbeat closer “Girls.” After that, the fans demanded more and The 1975 were more than happy to oblige them. 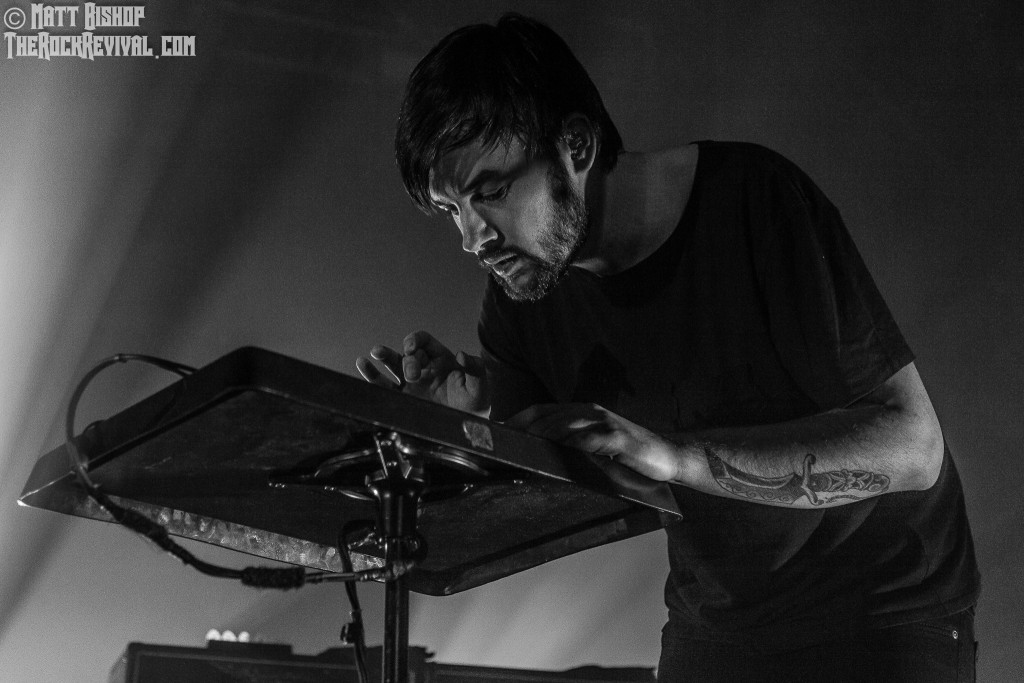 Frontman Matt Healy returned to the stage on his own, and with his piano gave everyone chills and brought some audience members to tears with the hauntingly beautiful ballad “Is There Somebody Who Can Watch You.” Healy himself clearly got emotional trying to make it through the track, but he had the full support from fans as the randomly yelled, “We love you, Matt!” and other like-phrases. It was one of those perfect concert moments that fans will never forget and one that defines a band’s legacy. 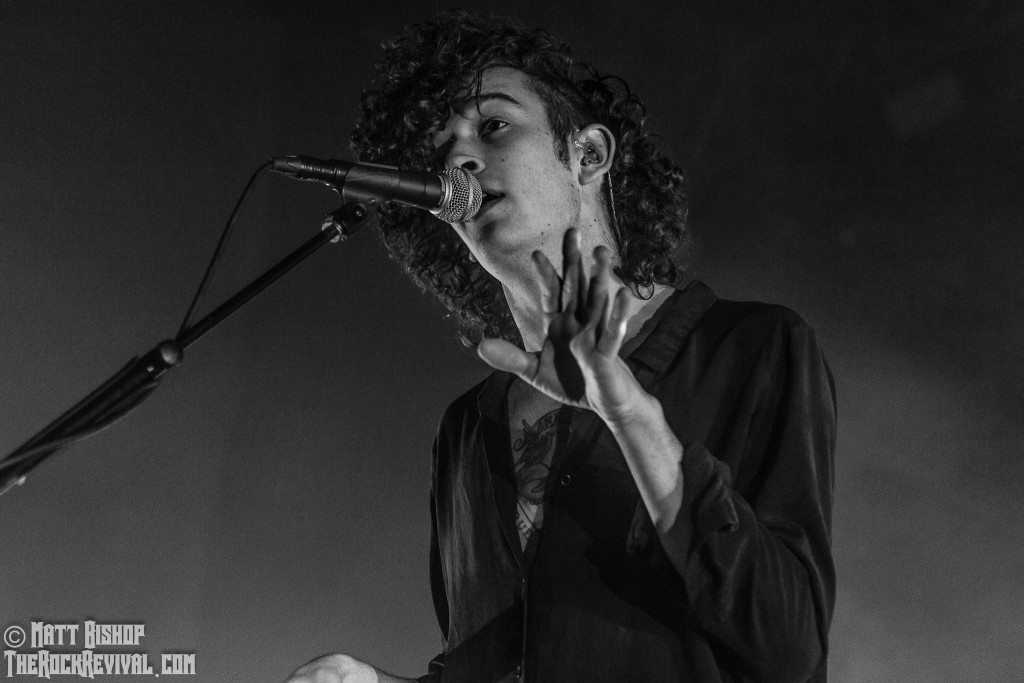 After that, the band continued on with “Medicine” and “Robbers.” They closed out the night with their two monster singles – “Chocolate” and “Sex.” As they had been all night, fans were singing along at the top of their lungs, another testament to the power of the band’s debut LP. It’s clear that the band will be playing much bigger venues on their next tour, and their fresh yet vintage sound is just what music needs right now. 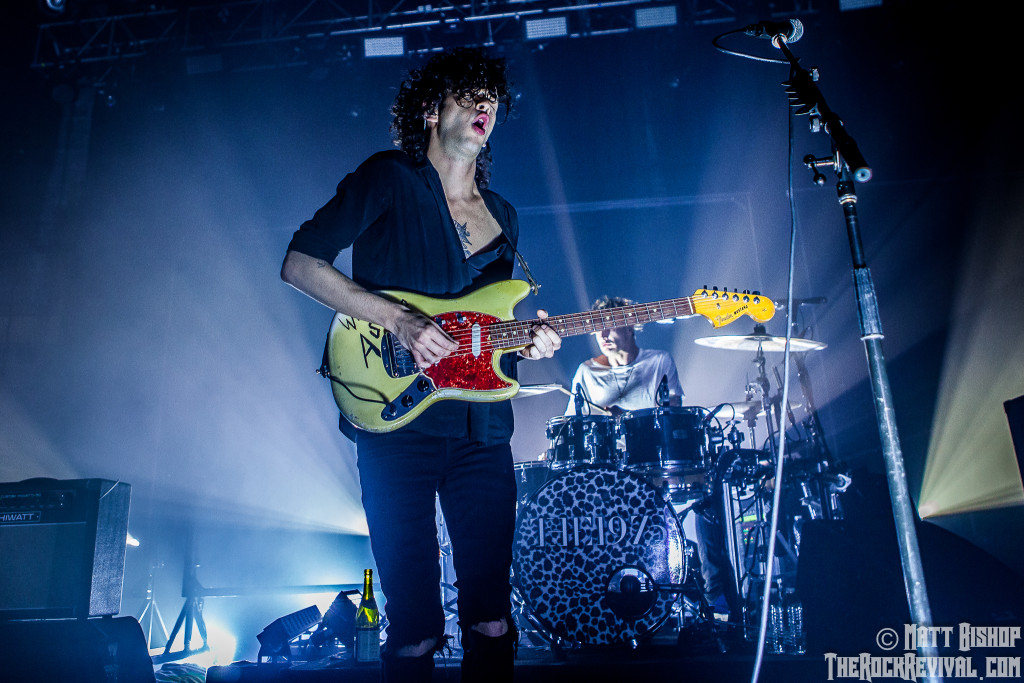