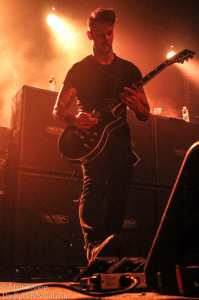 Modern metal champs Memphis May Fire are have been burning up venues across the country on the Feel This Tour this fall with good friends Sleeping With Sirens and Breathe Carolina. Special guest up-and-comers Issues round out the lineup, making for one hell of a show. Memphis May Fire are still touring off their 2012 effort, Challenger, which gave the band their first Top 20 record, debuting at #16 on the Billboard Top 200. Before the show, I caught up with guitar duo Kellen McGregor and Anthony Sepe backstage at the Electric Factory in Philadelphia, PA to talk about the tour, their upcoming new album, and more. 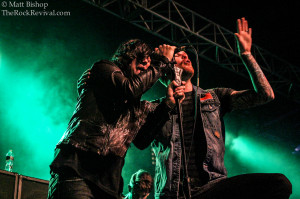 his right hand. Then, we got into some tour talk. Anthony didn’t sum it up in a sentence; just words. “Incredible. Insane. Awesome. Super-blessed,” Sepe stated. Memphis May Fire and Sleeping With Sirens have been good friends for a long time, and tour together often. “We get to tour with our buds,” said McGregor. “We’ve done a gazillion tours with Sleeping With Sirens so it’s always nice going back out with them.” Not only do the bands tour together, but they play together as well. SWS vocalist Kellin Quinn joins Memphis May Fire on-stage for his verse on the 2012 smash “Miles Away”, and MMF Frontman returns the favor by joining Sleeping With Sirens for his duet on their current hit, “Congratulations”. 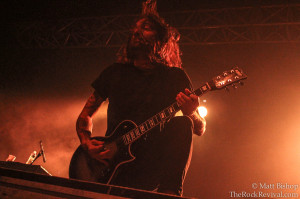 Memphis May Fire’s last album came out just about a year and a half ago. Amid all their world touring, the band has been preparing new music for an upcoming record. “It’s (recording process) about half-done,” stated McGregor. Kellen also said that Matty has to go back into the studio and lay down vocals for about five more songs, and at that point the band will send one or two songs out for test mixes and see who’s they like best. “Trying new things,” Sepe added. “Trying to keep the ball rolling, but in a different way.” As far as the sound of the new album, Sepe states, “I think the surprise is going to be a pretty pleasant one. I think the kids will definitely be very excited about it. Definitely something for every one.” McGregor concuded, “There’s a couple tracks on there that are unlike anything we’ve ever done. I think it’s our best record we’ve ever done.” 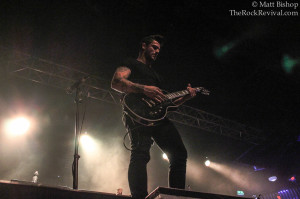 self-titled debut EP. In 2008, frontman Matty Mullins joined the band and Memphis May Fire released their debut full-length album, Sleepwalking, via Trustkill Records in 2009. In November of 2010, the band released a second EP, Between The Lies. Just one month later, Memphis May Fire inked a deal with Rise Records. The band entered the studio once again and released their sophomore LP and major-label debut, The Hollow, in 2011. The album hit #130 on the Billboard Top 200 and #1 on the US Heatseekers Chart. 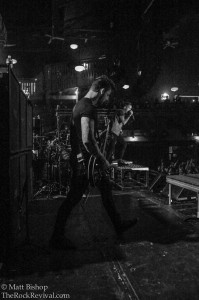 In the summer of 2012, the band played the Vans Warped Tour and just after the tour began, they released their third album, Challenger, in June. The album was a breakout hit for the band, and their best commercial success to date. It debut at #16 on the Billboard Top 200 and produced three hit singles. After Warped Tour ’12, the band toured in South America, and Europe with Of Mice & Men. They returned to the States for a run with Asking Alexandria, As I Lay Dying, I See Stars, and Attila. The band returned to Warped Tour in 2013, and just completed a huge U.S. tour with Sleeping With Sirens, Breathe Carolina, and Issues. The band is currently overseas on Vans Warped Tour UK, and getting ready to put the finishing touches on their new album, which is due out in early 2014. The band has already announced a U.K. headlining tour in April to support the album, and a North American tour is in the works as well. – by Matt Bishop 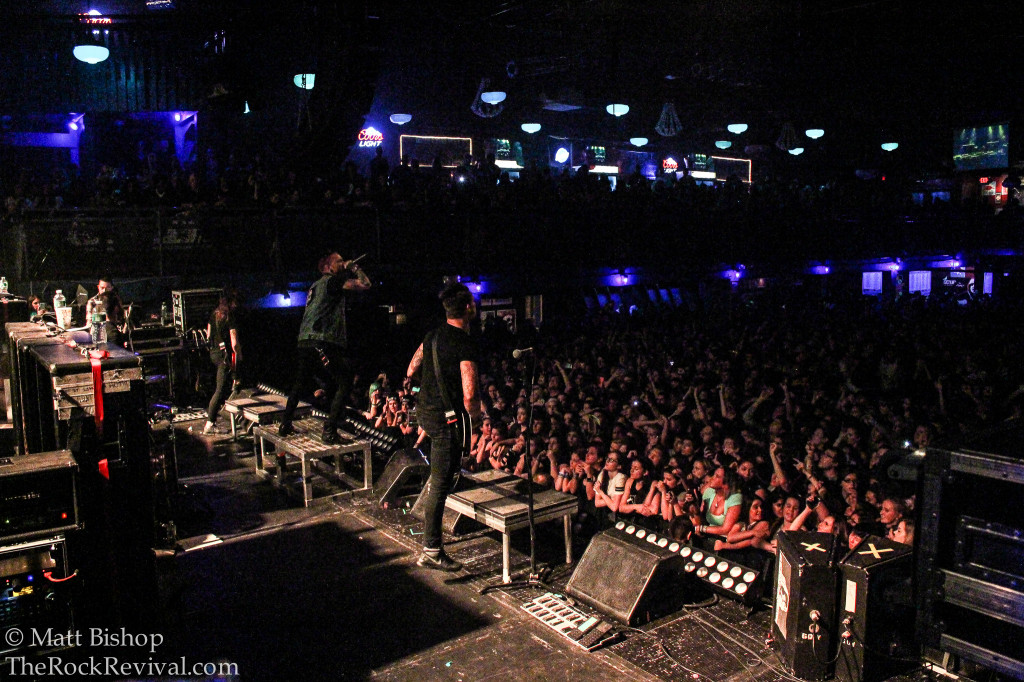 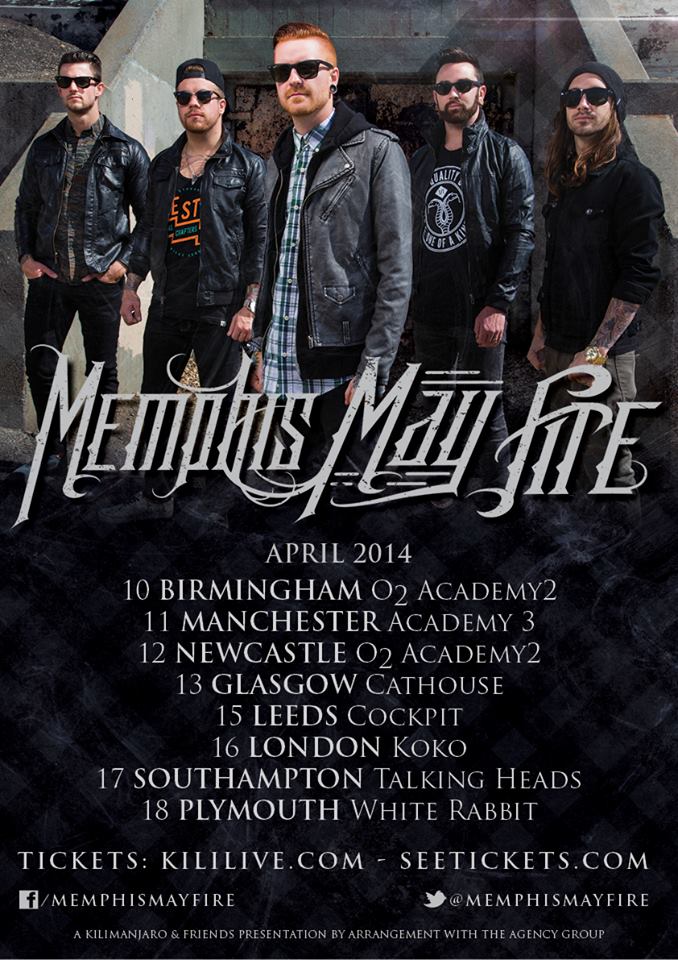