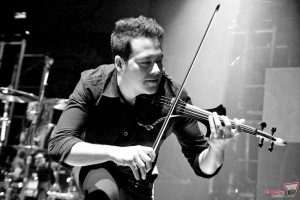 A little while back, I got a chance to sit down with Sean Mackin of Yellowcard backstage at the Electric Factory in Philadelphia, PA. The band was on their Southern Air Tour, and they have a lot going on right now, to say the least. Back in August 2012, the band released their eighth studio effort, Southern Air, on Hopeless Records. The album debuted at #10 on the Billboard Top 200. Both critics and fans alike immediately were equating the album to the band’s 2003 crowning achievement, Ocean Avenue. “When we came into the studio, the excitement and the energy was there, and I think when I look back on Ocean Avenue and the vibe and how everything was starting to snowball and get really exciting, we kind of felt that this year and I think that’s why there’s some similarities,” said Mackin.

At the conclusion of their 2008 tour, Yellowcard announced that they would be going on an indefinite hiatus. Since the band reformed in 2010, they’ve cranked out two excellent studio albums. When talking to Sean, he said the band came back collectively refocused. “I think we’re all at a very focused point in our career, and musically we’re really firing on all cylinders together.” Having formed the band in high school, Mackin attributes much of the band’s recent success to maturity and growth. “There’s definitely a focus in the Yellowcard camp that we maybe haven’t had before.”

Personally, it’s been a long road for Sean over the last year or so. Just before Christmas in 2011, Sean was diagnosed with thyroid 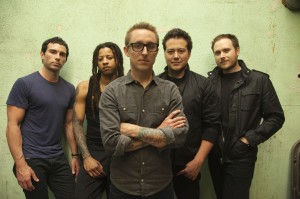 cancer. I was very interested in talking to Sean about this, as I have had one good friend and three family members afflicted with the disease. I know that despite the sadness, much positive inspiration can come from a person who battles such a serious illness; especially a person like Sean who has a medium like music to connect with and inspire so many people. “Initially, there’s a lot of fear,” Sean said about being diagnosed. “I’m 33, I’m pretty young, and I’m pretty young in my relationship. I’ve been married for just over 3 years now, and I was like, ‘this can’t be happening'”. As far as being an inspiration to others and connecting with fans on a different level, Sean said, “I have this amazing opportunity to play music. It’s [cancer] bigger than me and it’s bigger than the band. The way music reaches out and heals people, I think I’d be doing myself and our fans a disservice if I didn’t continue as long as I possibly could.” Music is perhaps the most beautiful and inspiring art form their is, and Sean is certainly taking his illness in stride, and doing everything he can to heal and inspire. 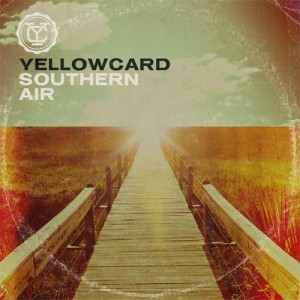 Sean Mackin co-founded Yellowcard in 1997. The band exploded into mainstream popularity with their 2003 hit record, Ocean Avenue. While the album only debuted at #61 on the Billboard Top 200, it peaked at #23. It has since gone on to sell well over 1,000,000 copies and has been certified platinum. The album’s lead single of the same name dominated radio and music video airplay for weeks, and is still a staple “summer song” in pop culture. After 3 years of extensive touring, Yellowcard followed up their smash hit with 2005’s Lights and Sounds. The album was an even bigger mainstream hit than their previous effort, hitting #5 on the Billboard T0p 200. The band kicked off the second leg of their Southern Air World Tour today in Montreal, Canada with lablemates All Time Low. After the Canadian run, Yellowcard embark on a trek that will take the band to 15 countries around the globe. As far as Philly goes, Sean said, “For us,  The Electric Factory is so historic.” Eight years ago, the band recorded their live DVD, Beyond Ocean Avenue at the E-Factory. “The show is sold out tonight. We’re super excited.” – by Matt Bishop (Top Left Photo Courtesy of Vanessa LeClair, Middle Right Photo Courtesy of Hopeless Records) 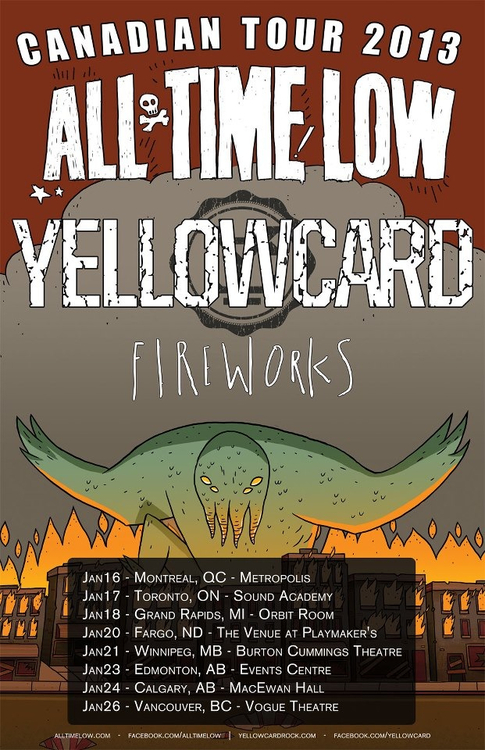 Welcome to the Revival of rock 'n' roll music. The way you used to hear rock, see rock, and feel rock is going to be shattered into a million pieces, reassembled, and revived. Dive into the realm of rock with interviews, concert coverage, and breaking news that make the music seem real again - in your ears, in your mind, and right in front of your very eyes. You'll feel the cool steel of the guitar strings and the smooth wood grain of the drum sticks right in your hands, all with the echoes of reverb in your head. This is the way rock was supposed to be experienced. Welcome to the Revival of rock 'n' roll music.
View all posts by Matt Bishop →
Tagged  music, music news, pop punk, punk rock, Sean Mackin, Sean Mackin interview, sean mackin violin, The Rock Revival, TheRockRevival.com, Warped Tour, Yellowcard, yellowcard interview, yellowcard news, Yellowcard southern air.
Bookmark the permalink.