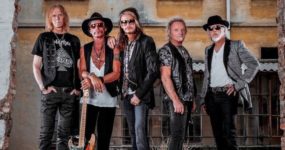 (TRR) – Aerosmith have revealed a video of rehearsals for their upcoming Deuces Are Wild Las Vegas residency. The behind-the-scenes footage sees the band preparing for the shows in what frontman Steven Tyler calls “our own Area 51.” The clip was shot by Justin McConney and can be streamed below. The band’s residency kicks off… Continue reading 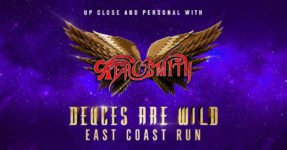 (TRR) – Rock icons Aerosmith have announced an east coast run of their Deuces Are Wild residency shows. The residency at the Park Theater at Park MGM in Las Vegas was announced last year and kicks off on April 6. “We decided to do Vegas,” frontman Steven Tyler announced on the Today show last August in… Continue reading