Alternative rockers Weezer have been hard at work in the studio working on their upcoming ninth album. Today, the band unveiled a teaser trailer on their YouTube page for the disc. “There’s all these vicious, awesome guitars happening,” bassist Scott Shriner says of the new music. Two weeks ago, the band released a brief 20-second clip of them playing a song from the new record. Cars frontman Ric Ocasek is producing the album, having worked on the band’s Weezer (Blue) and Weezer (Green) albums in 1994 and 2001 respectively. Weezer toured a bit this past fall, and they recently embarked on their annual Weezer Cruise back in mid-February. Throughout their career, Weezer have sold nearly 18 million albums worldwide. The band’s last studio effort, 2010’s Hurley, debuted at #6 on the Billboard Top 200. Their seminal debut LP, 1994’s Weezer (The Green Album) peaked at #16 on the Billboard Top 200 and went on to be certified multi-platinum. The disc is ranked #297 on Rolling Stone Magazine’s list of The 500 Greatest Albums of All Time. – by Matt Bishop (@The_MattBishop) 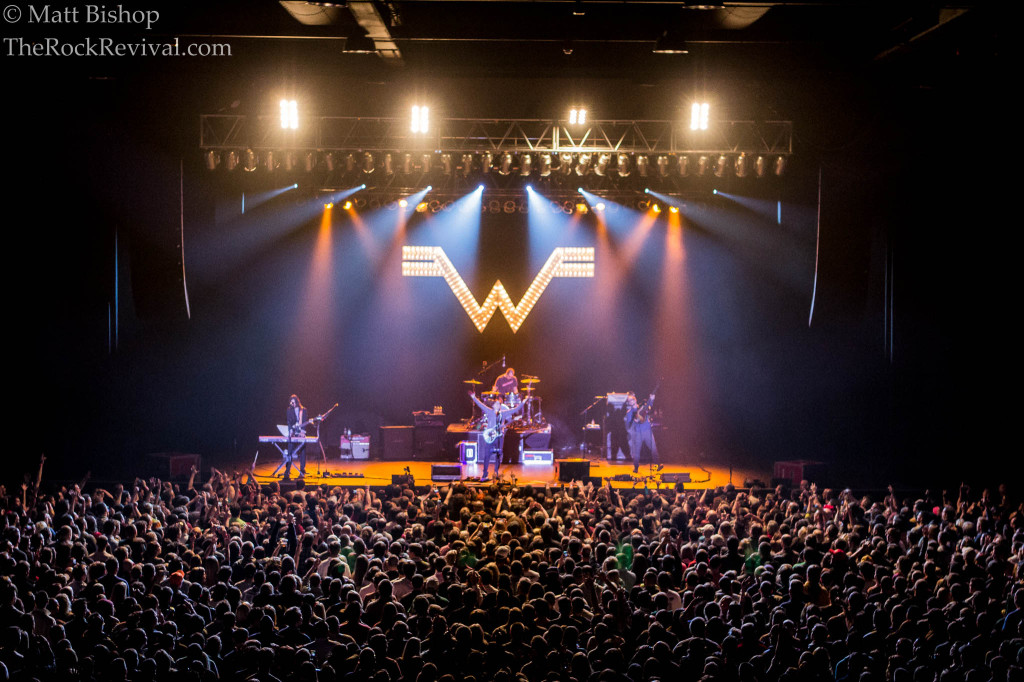 Welcome to the Revival of rock 'n' roll music. The way you used to hear rock, see rock, and feel rock is going to be shattered into a million pieces, reassembled, and revived. Dive into the realm of rock with interviews, concert coverage, and breaking news that make the music seem real again - in your ears, in your mind, and right in front of your very eyes. You'll feel the cool steel of the guitar strings and the smooth wood grain of the drum sticks right in your hands, all with the echoes of reverb in your head. This is the way rock was supposed to be experienced. Welcome to the Revival of rock 'n' roll music.
View all posts by Matt Bishop →
Tagged  alternative rock, cars band, grunge, hard rock, music, ric ocasek, rock music, the cars, The Rock Revival, TheRockRevival.com, weezer, weezer 2014, weezer gallery, Weezer live photos, weezer new album details, weezer new album teaser, weezer new music, Weezer news, weezer photos.
Bookmark the permalink.