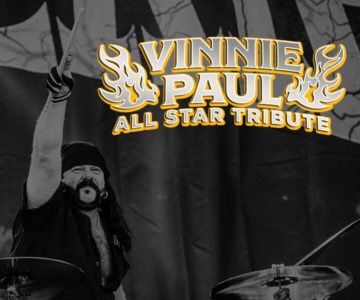 Planned For Louder Than Life In Louisville

And Monster Energy Aftershock In Sacramento This Fall

Earlier this summer, the music world was dealt a huge loss with the untimely passing of musician Vinnie Paul. In addition to his renowned work as a founding member of Pantera and Damageplan, Paul was most recently a part of the group Hellyeah, which was set to perform at both Louder Than Life and Monster Energy Aftershock this fall.

To celebrate the life and work of Vinnie Paul, Danny Wimmer Presents has teamed up with SiriusXM host and “Metal Ambassador” Jose Mangin for a very special Vinnie Paul Tribute that will take place on Saturday, September 29 at Louder Than Life and on Saturday, October 13 at Monster Energy Aftershock.

Mangin says, “Vinnie is an idol turned big time friend, and he left a massive void on this earth. When Danny [Wimmer] and Gary [Spivack] asked me to put together something special for Vin, I knew the best way to pay tribute to him would be to throw a Texas-sized jam session belting out Pan-mutha-fukkin-tera songs loud & proud! Everyone involved is doing this because they love Vinnie, and together we can all carry on his name, music and spirit forever!” 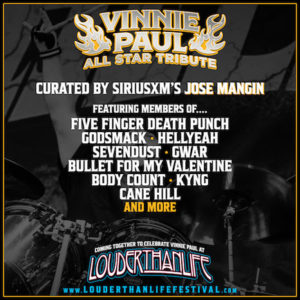 For more information on Louder Than Life, visit: www.LouderThanLifeFestival.com. 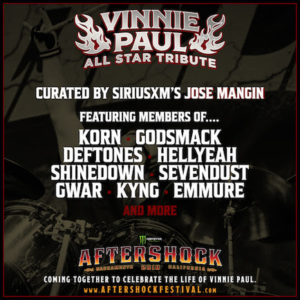 The lineup includes the festival debut of System Of A Down, who haven’t played Stateside in three years, as well as Sacramento’s own Deftones, marking seven years since they last headlined in their hometown. Other acts include Alice In Chains, Incubus, Godsmack, Shinedown, 311, Slash Featuring Myles Kennedy and the Conspirators, At The Drive-In and more, as well as a variety of onsite food and beverage experiences.