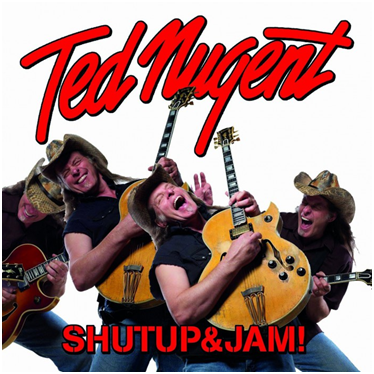 weeped, but she does suckerpunch me mercilessly at regular intervals. ‘She’s Gone’ is just another example of what we do together every day after I complete my ranch chores at home in Texas, and the MotorCity soulmusic slugfest erupts into spiritual love songs like this. Sammy Hagar said he wasn’t interested in writing or singing any more pop songs, so he fell in love with this masterpiece jammout instantly. Clearly Sammy and I deserve each other. And she’s gone.” Sammy Hagar adds, “When I first heard Ted’s demo of this song, I immediately responded with ‘I’m in’. Ted’s ripping the guitar like the days of old…very inspiring to sing to a track like that — old-school blues riff, hard edged rock ‘n roll on fire!” Ted Nugent kicked off his summer tour over the weekend at Sweden Rock Festival alongside Black Sabbath, Megadeth, Volbeat, Rob Zombie, Alter Bridge, Billy Idol, Monster Magnet, W.A.S.P., and many more. Support for the tour will be Detroit up-and-coming hometown heroes Pistol Day Parade. The band’s debut EP hit #38 on the Billboard Active Rock Chart and was produced by Mike Brown (Velvet Revolver, Breaking Benjamin).  – by Matt Bishop (@The_MattBishop)