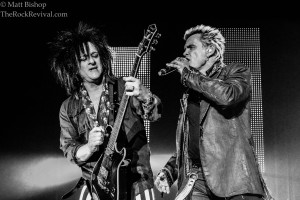 Never has a solo artist been so iconic and unique that they actually go by the last name of “Idol”. What’s even a more rare instance is if the solo artist’s guitar player is almost equally as notable as the Idol himself. One such guitar player is Steve Stevens of Billy Idol. On the back cover of Idol’s 1983 smash hit Rebel Yell, Stevens is arguably more featured than Billy. Steve’s reputation and resume speak for themselves. He’s one of those musicians who’s talent and stage presence have taken him to his own level of superstar notoriety. It was a very cool moment to get a chance to speak with him during the 30th anniversary of Rebel Yell, on which he’s so prominently featured.

At the Sands Event Center in Bethlehem, PA, the 2013 Idol Live! Tour rolled into town and 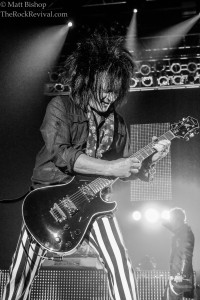 all the Rebels where lining up at the doors. Backstage, I sat down with Steve to talk about the tour, his iconic career, and what’s next for him and Billy Idol. “It’s amazing,” Stevens stated in reference to the tour and the 30th anniversary of Rebel Yell. “There’s something about what we did back then; the elements of music that we mixed together…it’s timeless.” The album’s title track has been covered by the likes of HIM, Drowning Pool, Daughtry, Children of Bodom, and Black Veil Brides, who I actually mentioned to Steve. He responded, “It’s cool to like Billy Idol, and I’m proud to have been a part of it in some way.” But, enough about the classics. Thirty years later, the band is still going strong, and is showing no signs of slowing. In addition to touring, Stevens said that the band has been writing for the past year, and has plans to make a new record. “We hope in August [to enter the studio]. We’ve been writing all year.” The band is also in talks with a high-profile producer, who if the band end’s up working would be great for Billy and the band, according to Steve. 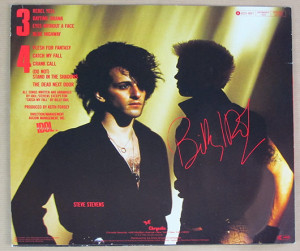 Steven Stevens and Billy Idol met in 1982, and released Idol’s self-titled debut that same year. The album featured the smash hit “White Wedding”, and the music video became one of the first hit video’s on the newly-launched MTV. Thanks so the airplay, the album hit #45 on the Billboard Top 200 and went gold in 1983. Also in ’82, Stevens played guitar for legendary KISS drummer Peter Criss on his solo album, Let Me Rock You. Stevens and Idol would achieve their greatest success in 1983 with the release of their sophomore effort, Rebel Yell. The album hit #6 on the Billboard Top 200, and produced four hit singles, including “Eyes Without A Face” and the album’s signature title track. The record has since gone on to be certified 2x platinum. In addition to his world-wide success with Billy Idol, Stevens recorded with the Thompson Twins on their 1985 album Here’s To Future Days. Stevens played with the band at the 1985 Live Aid Concert, along with Madonna and Nile Rogers. In 1986, Billy Idol released Whiplash Smile, which also hit #6 on the Billboard Top 200 and eventually went platinum. After this outing, Stevens departed from the band to focus on his solo career and other projects.

In 1986, Stevens was tapped to play on the soundtrack for the blockbuster Tom Cruise flick Top Gun. The album’s theme song, “Top 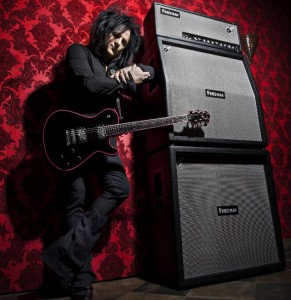 Gun Theme”, earned Stevens a Grammy Award for Best Pop Instrumental Performance. Throughout the rest of the decade, Stevens played on recordings by the likes of Rick Ocasek, Robert Palmer, and the incomparable Michael Jackson. Stevens plays guitar on Jackon’s smash hits “Dirty Diana” and “Bad”. In 1993, Mötley Crüe frontman Vince Neil tapped Stevens to play guitar on his solo effort, Exposed. The duo would go on tour with Van Halen that same year on their summer tour. In 2002, Stevens reunited with Idol for VH1’s Storytellers, and he has remained with the band ever since. The band just wrapped up a U.S. tour run, with plans to head into the studio to record a new album. Throughout his career, Stevens has also worked with a plethora of artists, including the Bee Gees, Todd Rundgren, P!nk, Tim “Ripper” Owens (ex-Judas Priest, ex-Iced Earth), Jo Dee Messina, and Carrie Underwood. From 1989-2008, Stevens released three solo albums, and two albums with the group Bozzio Levin Stevens, with drummer Terry Bozzio (Frank Zappa) and bassist Tony Levin (King Crimson, Peter Gabriel).

Currently, Steve is proud to announce that he has partnered with Knaggs Guitars to 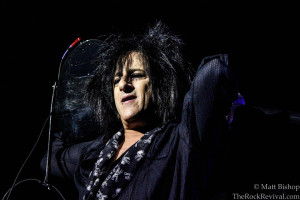 release the Steve Stevens Signature Model. Steve has been using the guitar on this tour, and will be using it in the studio in August. He has also partnered with Friedman Amplification to create his own Steve Stevens Signature Amplifier. Both the guitar and amp are completely tailored to Steve’s specs and settings. With the help of these two products, Steve will enter the studio with Billy Idol in August to record their long-awaited seventh studio album. Hopefully, there will be tons of touring to follow. – by Matt Bishop (@The_MattBishop) 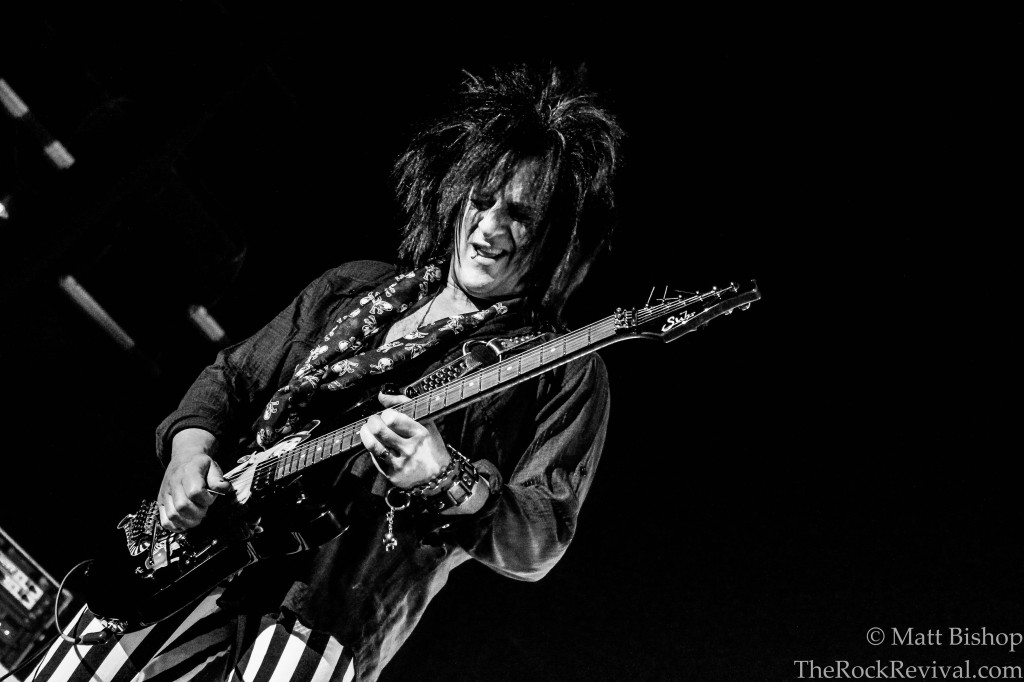 The Summer Ticket Showdown Round 4 - Free tickets to Godsmack & Pop Evil on 8/7 in Bethlehem, PA