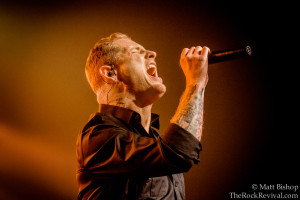 eavy metal juggernaut Stone Sour have released their version of Metallica‘s classic track “Creeping Death.” Over the last several months, Stone Sour have been at Room 237 in Burbank, CA sporadically working on songs for a covers album. It will be the first Stone Sour record to feature new guitarist Christian Martucci who joined the band on their last U.S. tour and is now an official member following the recent departure of founding guitarist Jim Root. The EP is set for a Record Store Day release this Saturday, April 18. The disc also features covers of Alice In Chains, KISS, Black Sabbath, Metal Church, and Judas Priest. The band recently premiered the official music video for their cover of Metal Church’s “The Dark.” The song is featured on the soundtrack for the upcoming horror film Fear Clinic which sees Stone Sour and Slipknot frontman Corey Taylor making his acting debut. The film is out now on DVD/Blu-Ray via Anchor Bay Entertainment, and Stone Sour’s version of “The Dark” is available for download now on iTunes. 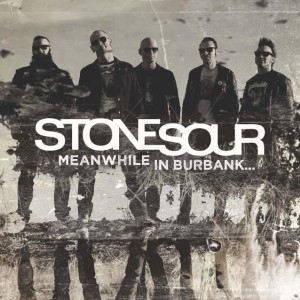 Stone Sour released their 4th album, House of Gold & Bones: Part 1, last October.  The album’s lead single, “Absolute Zero”, hit #1 on Active Rock Radio. The album debuted at #7 on the Billboard Top 200. The sequel, House of Gold & Bones: Part 2, came out in April 2013 and debuted at #9 on the Billboard Top 200. With only 4 albums under their belt, Stone Sour have sold over 4 million albums worldwide. Their self-titled debut and sophomore effort, Come What(ever) May, were both certified gold. Their third album, 2010′s Audio Secrecy, debuted at #6 on the Billboard Top 200. The band has been nominated for three Grammy Awards through the course of their career. This past spring, the band toured Australia on the massive Soundwave Festival. In between dates, they supported Linkin Park on their Australian headlining shows. – by Matt Bishop