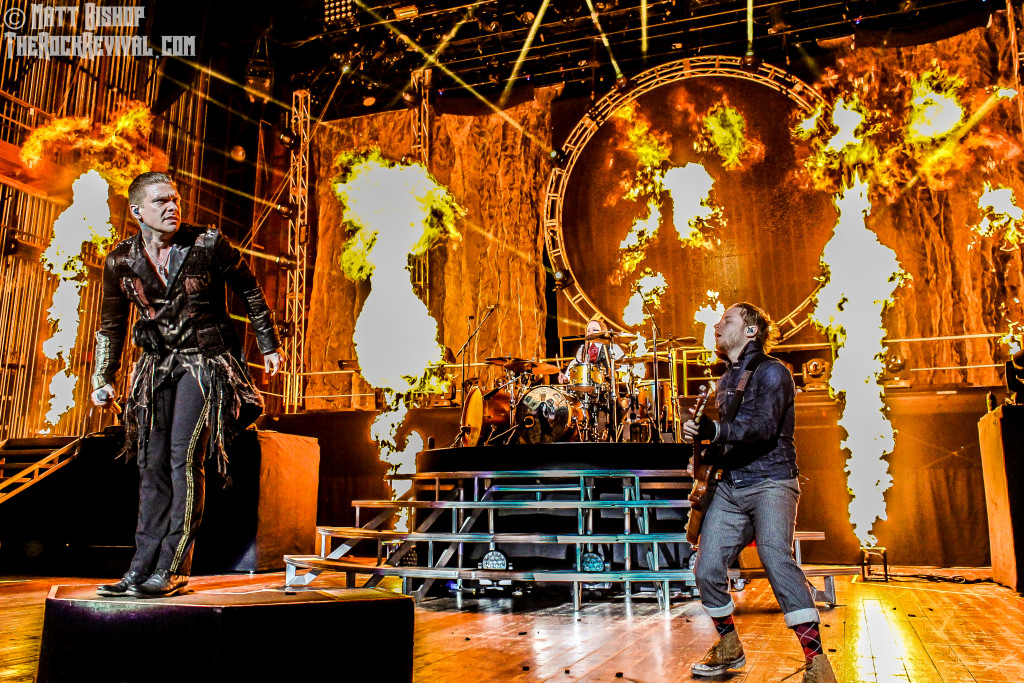 Platinum hard rock outfit Shinedown have announced a 2015 summer tour with special guests Nothing More. The tour will see the band hit several intimate venues across the country. ShinedownNation members will be able to purchas tickets and VIP packages starting on Tuesday, April 14th. General on-sale starts on April 17th. To become a ShinedownNation member, visit Shinedown.com/Become-A-Member. For more details and ticket information, visit Shinedown.com/Tour. More dates are set to be announced in the coming weeks.

Shinedown have been in the studio over the last few months writing and recording material for their much-anticipated fifth studio album. “We have a lot in store for 2015, and beyond,” says vocalist Brent Smith. “We have been working on our fifth album, for the better part of two years, and it is almost complete. That being said we felt it was time to return to the road to let everyone know we are 100% back, and ready to entertain!”. Shinedown’s last effort Amaryllis came out back in 2012. It debuted at #4 on the Billboard Top 200, and #1 on Billboard Hard Rock Albums, Billboard Rock Albums, and Billboard Alternative Albums. The disc was recently certified gold by the RIAA. – by Matt Bishop 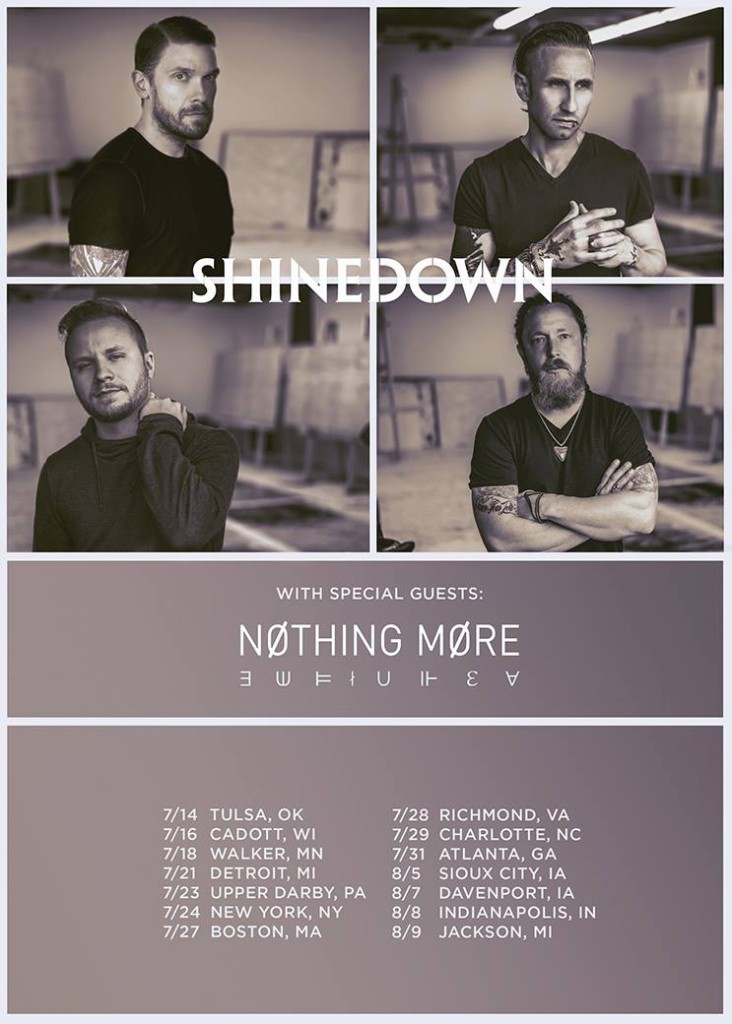