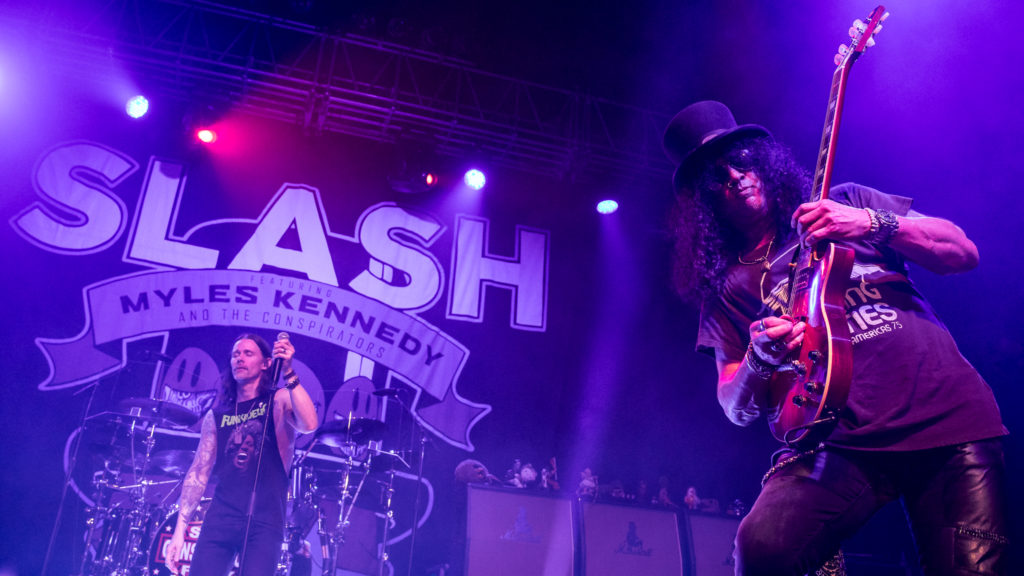 (TRR) – Guitar icon Slash has released a new music video for “Boulevard of Broken Hearts.“ The official video premiered via Download Festival. The song, featuring Myles Kennedy & The Conspirators, is from his latest studio LP Living The Dream. The album debuted at #27 on the Billboard Top 200 last September.

Footage for the “Boulevard of Broken Hearts” video was shot on February 20, 2019 when Slash and company played a sold out show at the Evetim Apollo in London. The clip was directed by Dan Sturgess of Sturge Media. The video can be streamed below.

Slash, along with Myles Kennedy & The Conspirators, will be touring extensively this spring and summer around the globe. The group will also be playing Rock am Ring, Rock im Park, Pinkpop, and Download. Slash will perform with Guns N’ Roses as the band headlines several festivals including Austin City Limits (Austin, TX), Louder Than Life (Louisville, KY), and Exit 111 Festival (Manchester, TN).

Welcome to the Revival of rock 'n' roll music. The way you used to hear rock, see rock, and feel rock is going to be shattered into a million pieces, reassembled, and revived. Dive into the realm of rock with interviews, concert coverage, and breaking news that make the music seem real again - in your ears, in your mind, and right in front of your very eyes. You'll feel the cool steel of the guitar strings and the smooth wood grain of the drum sticks right in your hands, all with the echoes of reverb in your head. This is the way rock was supposed to be experienced. Welcome to the Revival of rock 'n' roll music.
View all posts by Matt Bishop →
Tagged  Guns N' Roses, Myles Kennedy, Slash.
Bookmark the permalink.