Arena rock juggernauts Muse have announced a run of North American tour dates as part of their massive 2015-2016 Drones World Tour. The leg kicks off on December 1 at the Toyota Center in Houston, TX and wraps up on February 1 at the Verizon Center in Washington, D.C. Support for the trek will be provided by X Ambassadors and Phantogram on respective dates. The tour will mark the first time Muse perform “in the round” from the middle of the arena, giving the audience a true 360-degree experience of the band. More North American dates are set to be announced in the coming week. Tickets for the dates below go on sale on October 23 at 10am local time HERE.

Muse are touring in support of their seventh studio album Drones which dropped back on June 9 via Warner Bros. Records. The band worked with renowned rock producer Robert “Mutt” Lange (AC/DC, Foreigner, Maroon 5, Nickelback, Def Leppard, The Cars) on the new outing. The disc debuted at #1 on the Billboard Top 200 and the UK Albums Chard. It also debuted at the top spot in 21 other countries. Muse’s last effort, 2012’s The 2nd Law, garnered the band three Grammy Award Nominations and its lead single “Madness” set the record for most consecutive weeks at #1 on the Billboard Alternative Chart.

This summer, Muse headlined Rock In Vienna on June 4-6 in Austria alongside Metallica and KISS, and Download Festival on June 12-14 in the UK alongside Slipknot and KISS. They also appeared at several other festivals around the globe. – by Matt Bishop 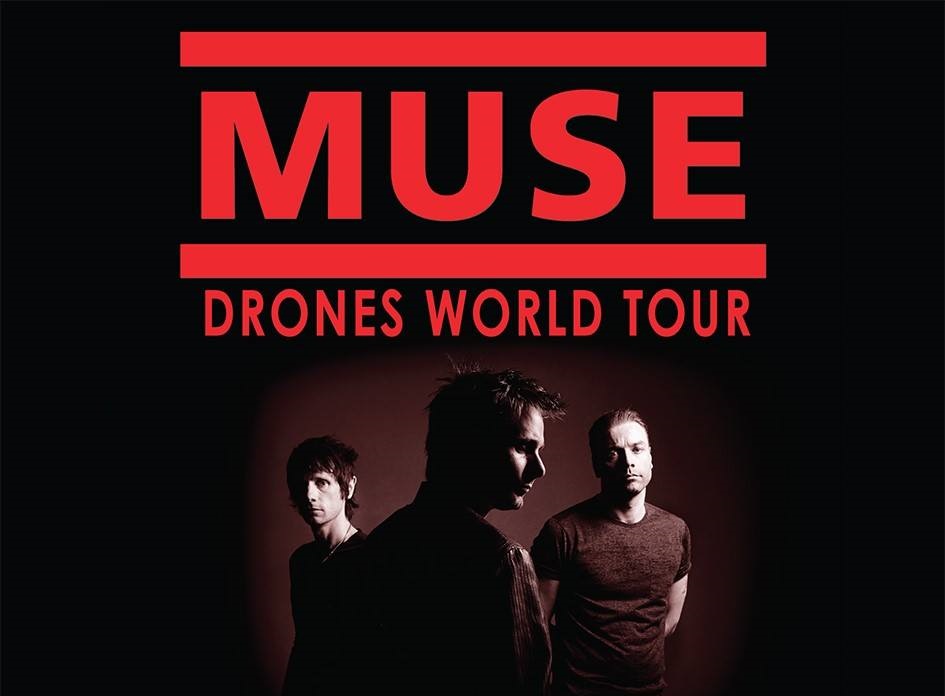