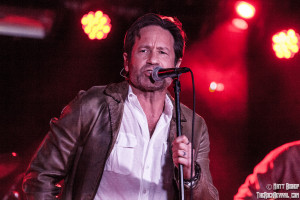 Last night at the famed Webster Hall in New York City, David Duchovny was welcomed home with open arms by a packed venue of fans eager to get a taste of his latest endeavor – his melodic rock album Hell or Highwater. Duchovny dropped the disc back in May, a collection of written by him and polished by helping hands. Now, it was time to debut the material merely blocks from where he grew up. “I grew up a just few blocks from here and I would walk to school but I never walked on this side of the street,” Duchovny said. “But I’m on this side tonight.” 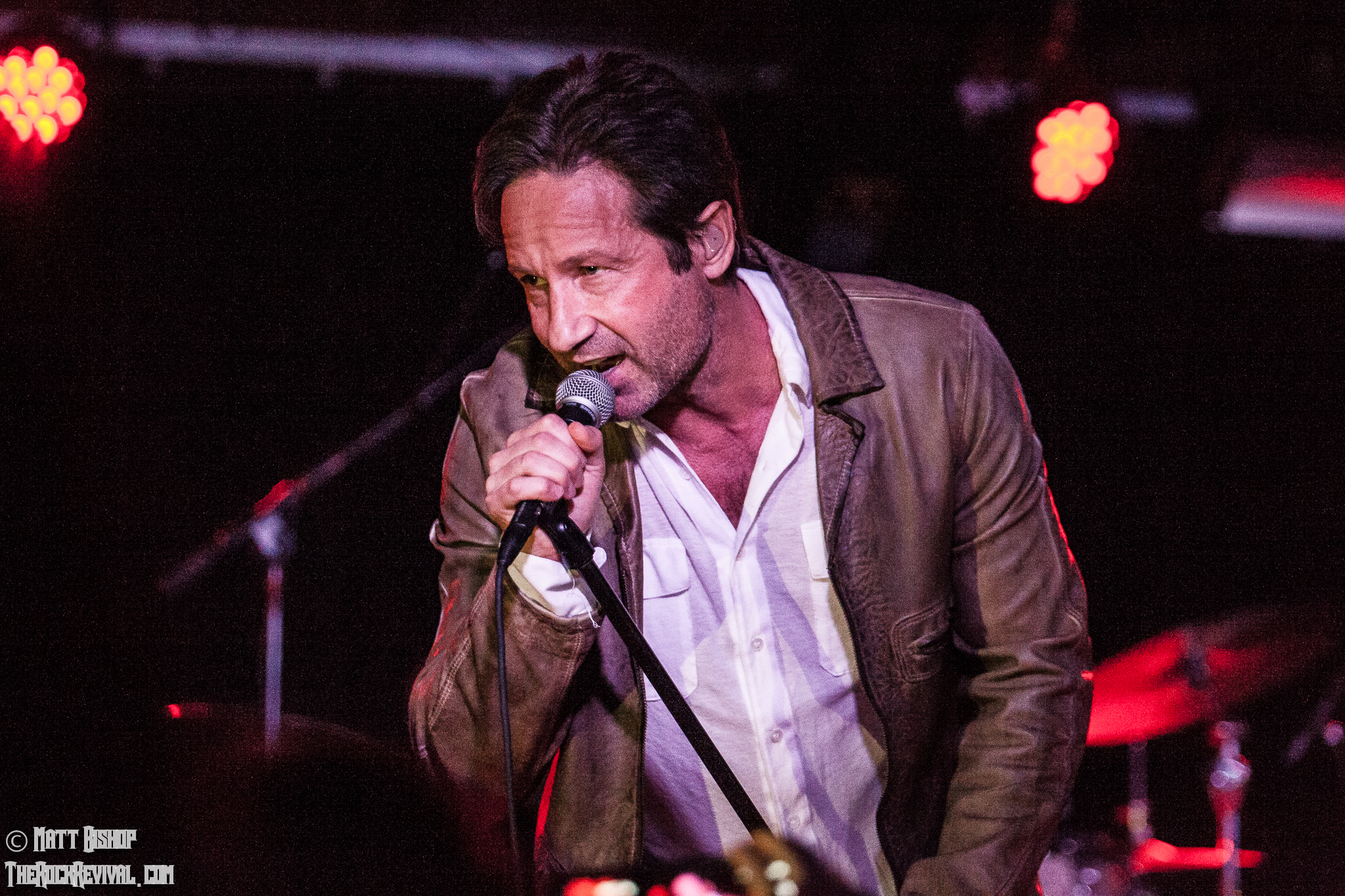 David played up the fact that some of New York’s other favorite sons – the New York Mets – were playing in Game 1 of the World Series as he was performing. “Growing up, I had a dream to play for the New York Mets,” he stated. “Well that didn’t happen, but…second place,” as he gestured to the stage. Clearly, his second career choice is panning out well so far. 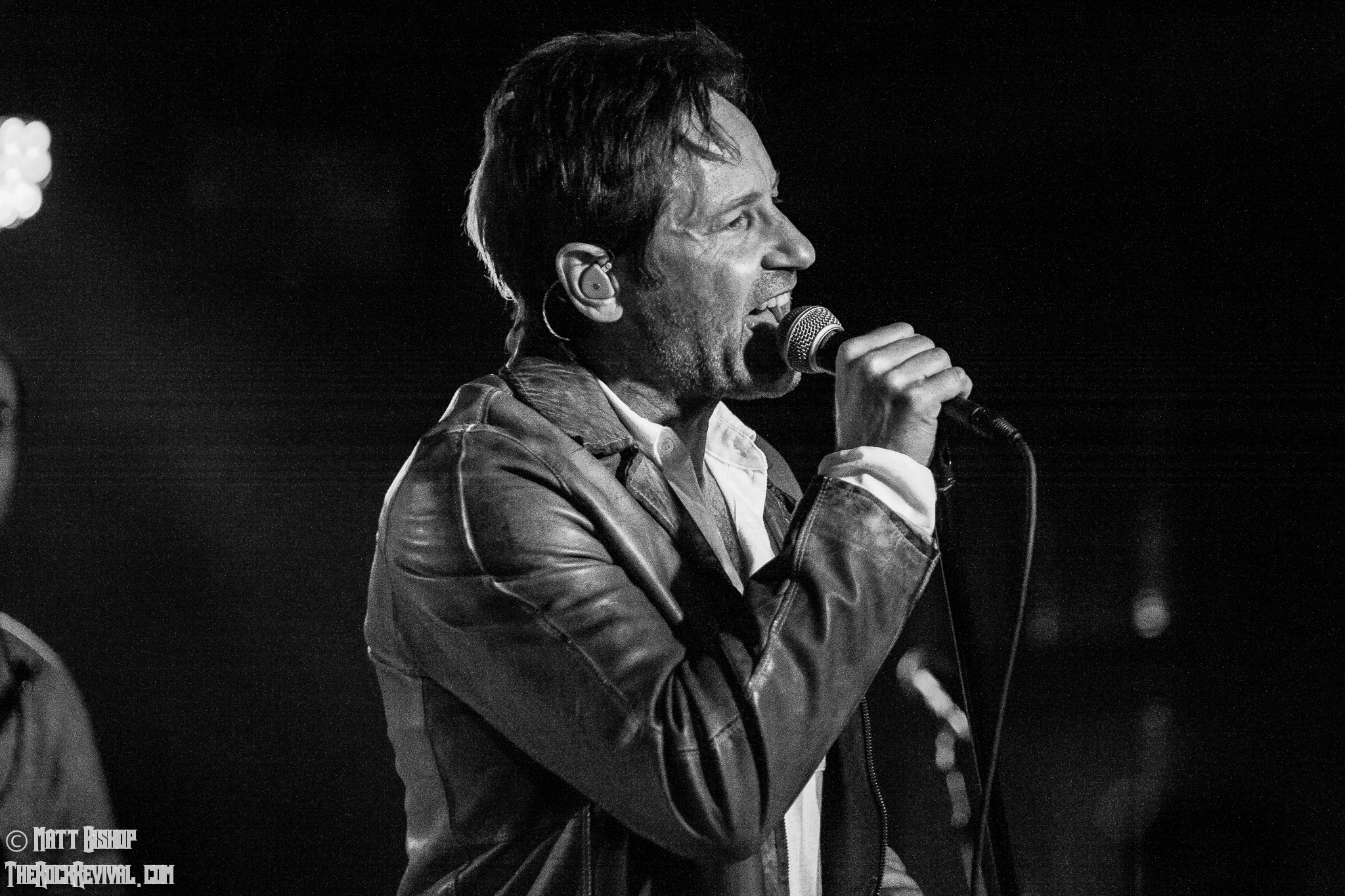 From there, Duchovny launched into his debut solo outing, mixing in Mets score updates here and there. He even 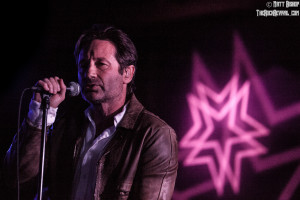 channeled his alter-ego Hank Moody with a high-pitched “MOTHERFUCKER!” that garnered a rowdy cheer from the crowd. Highlights from the set included “Let It Rain,” “Stars,” “Lately It’s Always December,” “Hell or Highwater,” and others. Before performing “Passenger,” David discuss the meaning behind the track. “This song is about that person that always rides in the car with you,” he said. “You point things out while your driving, talk about stuff. But when they’re not there, it’s like having a phantom limb.” 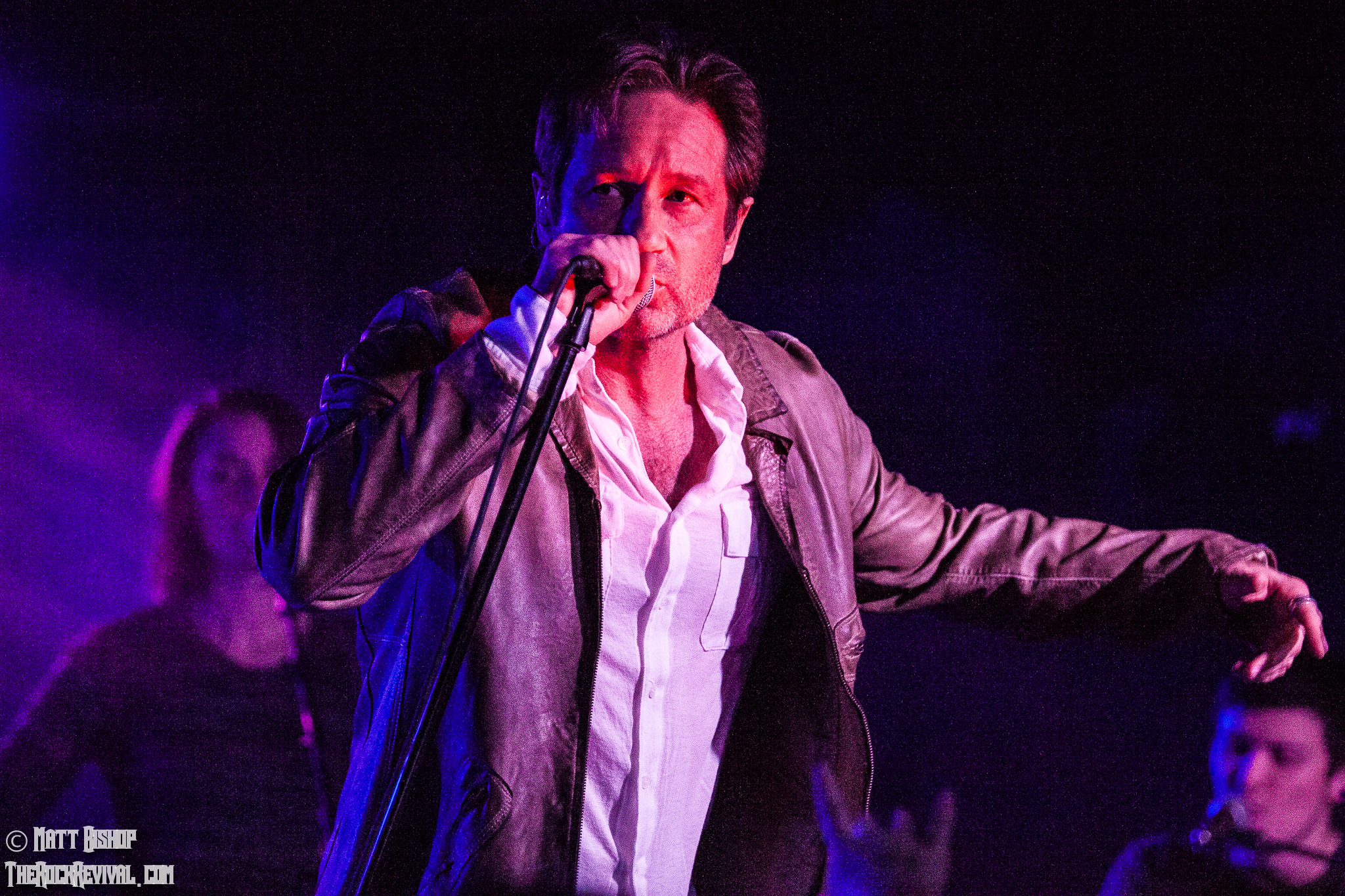 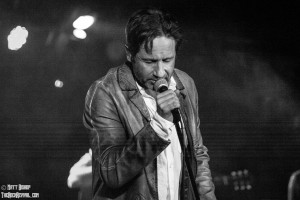 All in all, it was great outing for Duchovny, who is still getting used to the fact that he’s now a musician. As the set went on, you could notice him settling in and feeling more comfortable on stage. The songs he plays are deep cuts. They have meaning, and he plays them with purpose.

Duchovny and his band are taking their show slightly south tonight, performing at The Ardmore Music Hall in Ardmore, PA just outside of Philadelphia. Tickets are available HERE. – by Matt Bishop 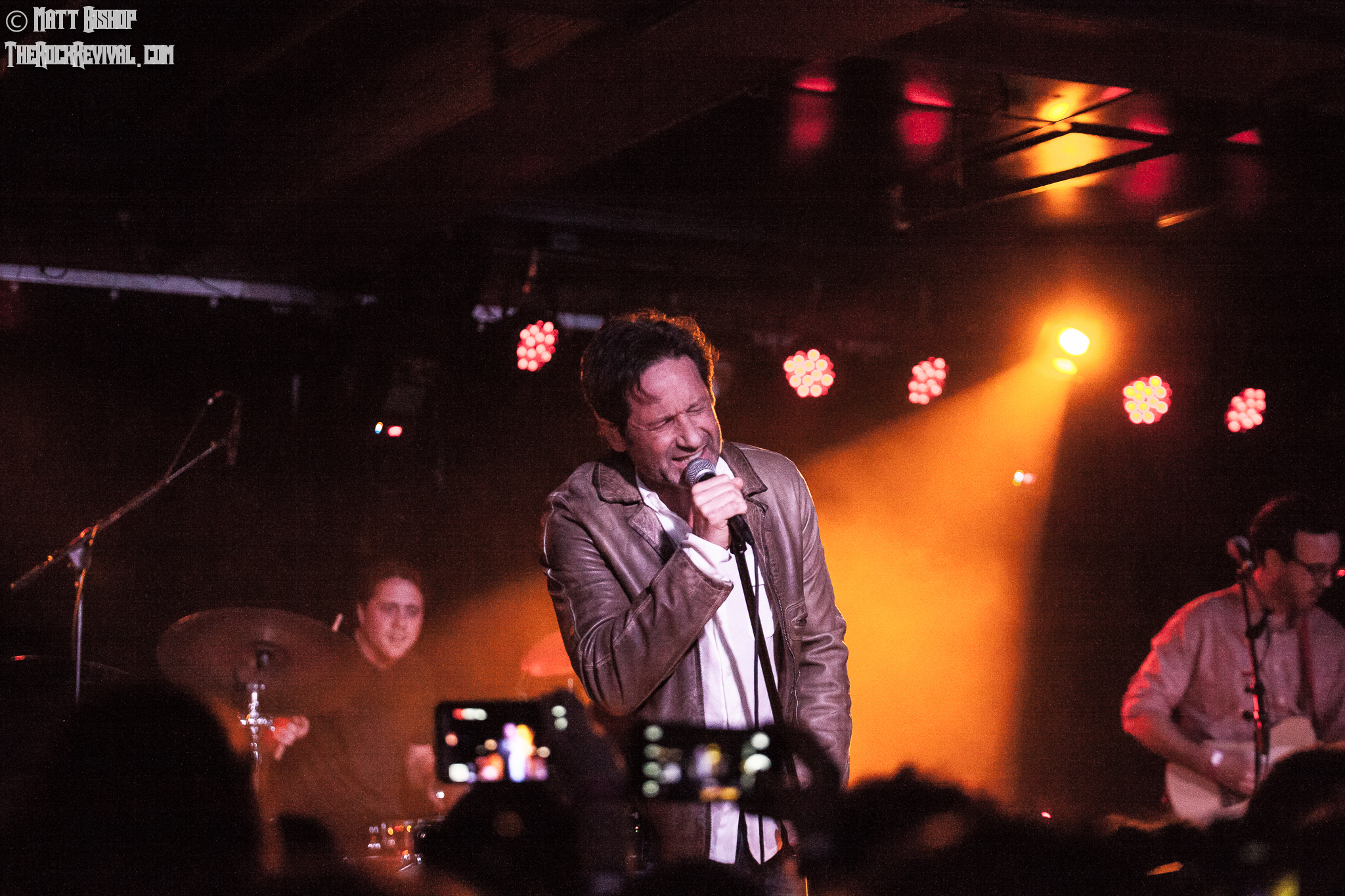 RAIN IN HELL - A CONVERSATION WITH DAVID DUCHOVNY