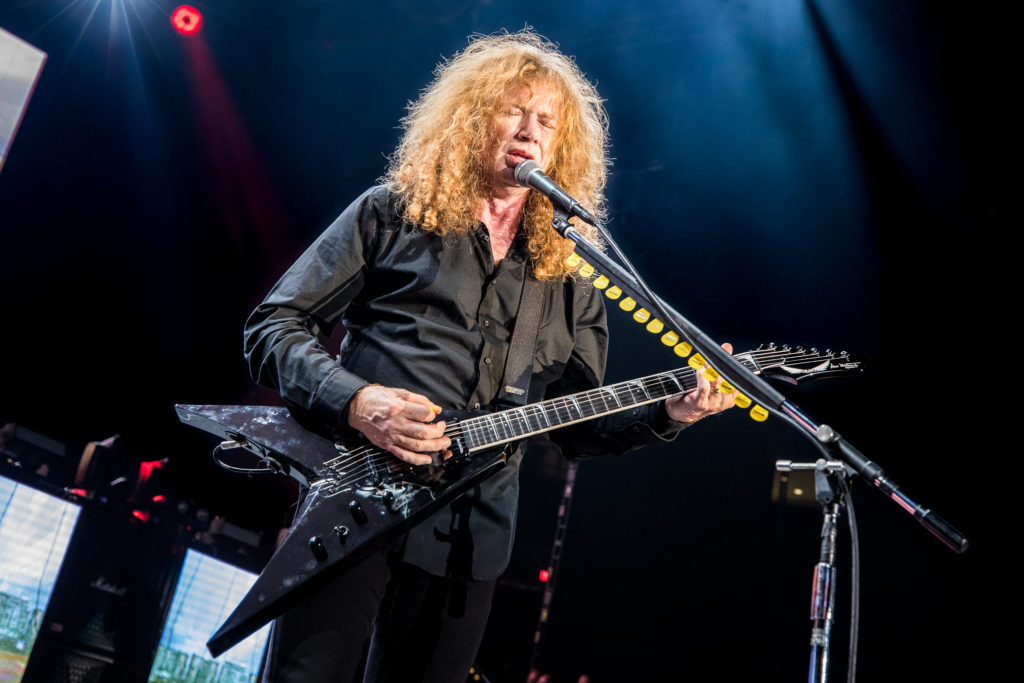 (TRR) – Megadeth frontman Dave Mustaine has been diagnosed with throat cancer. The thrash guitar icon revealed the news on Monday in a post on his official social media accounts. According to Mustaine, he has already begun a treatment plan that has a 90% success rate.

“I’ve been diagnosed with throat cancer. It’s clearly something to be respected and faced head on – but I’ve faced obstacles before. I’m working closely with my doctors, and we’ve mapped out a treatment plan which they feel has a 90% success rate. Treatment has already begun. Unfortunately, this requires that we cancel most shows this year. The 2019 Megacruise will happen, and the band will be a part of it in some form. All up to date information will be at megadeth.com as we get it. Megadeth will be back on the road ASAP. Meanwhile, Kiko, David, Dirk and I are in the studio, working on the follow up to Dystopia – which I can’t wait for everyone to hear. I’m so thankful for my whole team – family, doctors, band members, trainers, and more. I’ll keep everyone posted.

Megadeth’s last album – 2016’s Dystopia – peaked at No. 3 on the Billboard Top 200. The title track earned the band the GRAMMY Award for Best Metal Performance. It is the band’s first GRAMMY Award win.

Megadeth are currently in the studio working on a brand new album.

Welcome to the Revival of rock 'n' roll music. The way you used to hear rock, see rock, and feel rock is going to be shattered into a million pieces, reassembled, and revived. Dive into the realm of rock with interviews, concert coverage, and breaking news that make the music seem real again - in your ears, in your mind, and right in front of your very eyes. You'll feel the cool steel of the guitar strings and the smooth wood grain of the drum sticks right in your hands, all with the echoes of reverb in your head. This is the way rock was supposed to be experienced. Welcome to the Revival of rock 'n' roll music.
View all posts by Matt Bishop →
Tagged  cancer, dave mustaine, megadeth.
Bookmark the permalink.