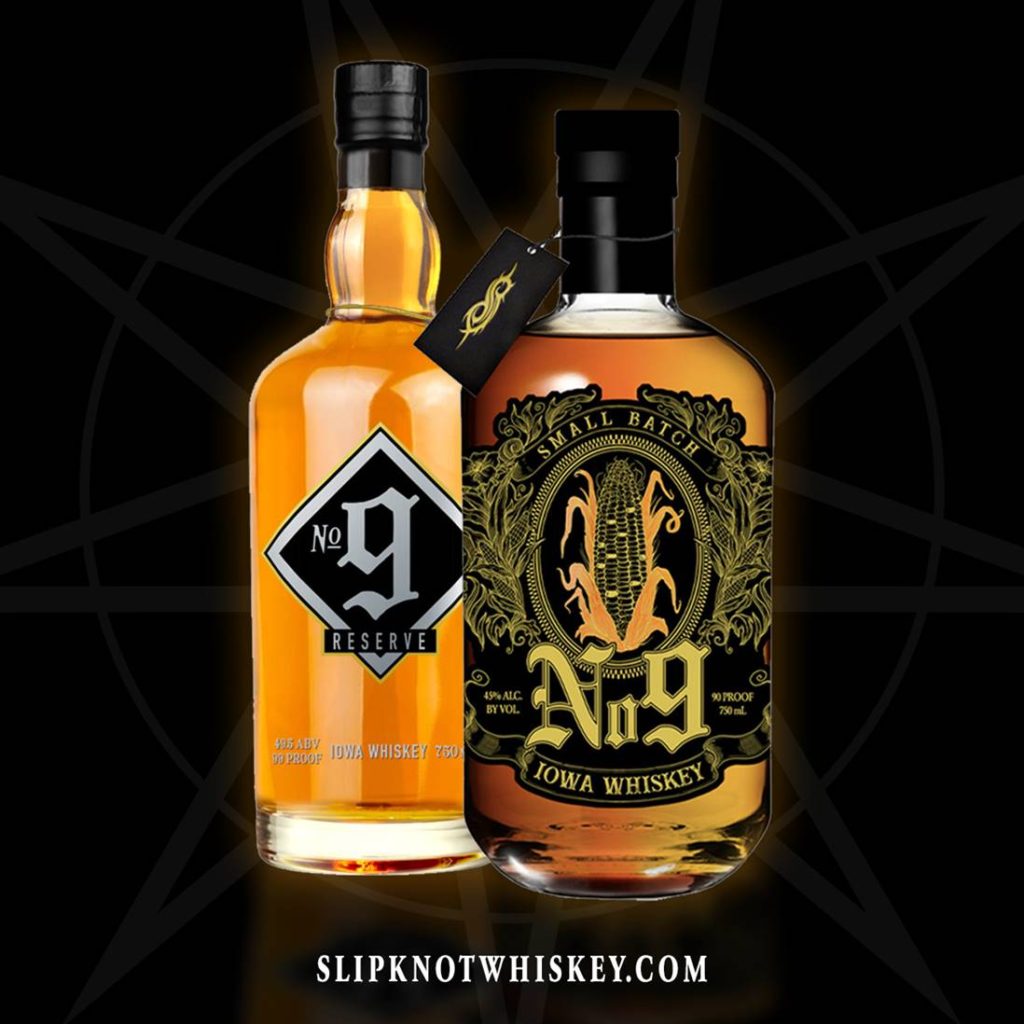 (TRR) – Slipknot have unveiled details of their very own craft spirit, No. 9 Iowa Whiskey, which will be available August 10 at select retailers in all 50 states and at the band’s headline Knotfest Roadshow North America tour. The No. 9 Iowa Whiskey can also be obtained at select markets on the North American tour ahead of the August 10 official launch. A collaboration with the Iowa-based Cedar Ridge Distillery, No. 9 Iowa Whiskey (90 proof) will retail for $39.99 and No. 9 Reserve Iowa Whiskey (99 proof) will retail for $69.99, both which are made with corn from the award-winning distillery’s family farm in Winthrop, Iowa.

A video clip about the band’s new craft spirit can be streamed below.

Slipknot’s M. Shawn “Clown” Crahan expanded on the partnership stating, “Slipknot and Cedar Ridge Distillery – two groups of people born and raised in Iowa, and committed to quality and hard work. We collaborated on No. 9 Whiskey, which in addition to Iowa corn, gets some extra spice from its rye content. I hope you enjoy it as much as we do. Live life, and always be safe.”

Owner and Founder of Cedar Ridge Distillery Jeff Quint noted, “As we came to know the Slipknot guys, we realized we share a lot of the core elements of a good Iowa foundation – these guys are very down-to-earth, hard-working and care deeply about their followers.  Building this whiskey with them was an easy, natural process that resulted in a strong and spicy expression, just the way they wanted it.”

“Our challenge was to produce a whiskey that represents Slipknot’s style of music; something bold, something with distinguished character, something that you don’t exactly come across every day,” added Cedar Ridge Head Distiller Murphy Quint.  “At the same time, it needed to be a whiskey that satisfies a true whiskey aficionado, regardless of its ties to the band. I feel that this blend of bourbon and rye hits that mark.”

Today bestselling whiskey writer, tasting expert and renowned critic Fred Minnick spoke with Crahan for Forbes about No. 9 Iowa Whiskey exclaiming, “Slipknot’s No. 9 single-handily puts Iowa whiskey on the map and is the best liquid distilled there.”

Slipknot will be announcing special events surrounding the launch of No. 9 Iowa Whiskey including bottle signings and bar takeovers in the coming weeks.  For availability and more information on No. 9 Iowa Whiskey, visit www.slipknotwhiskey.com.