Thrash metal godfathers Megadeth have announced a North American leg of their 2016 Dystopia World Tour. Joining the band will be very special guests Suicidal Tendencies, Children of Bodom, and Havoc. The trek kicks off on February 20 at the Southside Ballroom in Dallas, TX and wraps up on March 24 at the Videotron Centre in Quebec City, QC. Tickets go on sale this Friday, December 11 via Megadeth.com/Tour. Megadeth will be touring in support of their upcoming fifteenth studio album Dystopia which is set to drop on January 22 via Tradecraft/Universal. – by Matt Bishop 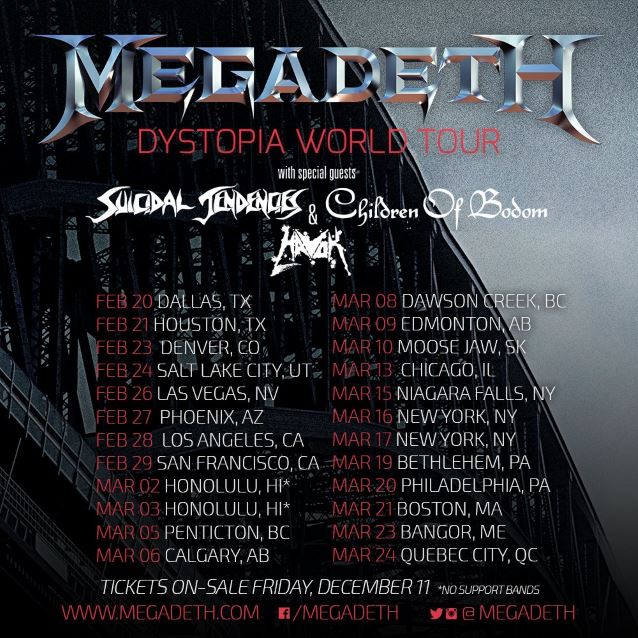