(TRR) In the wake of Soundgarden frontman Chris Cornell‘s untimely passing last week, the band will forgo the rest of their headlining tour dates and festival appearances. It was announced today by promoter Danny Whimmer Presents that Live will perform in place of Soundgarden at Rocklahoma 2017, joining headliners Def Leppard and The Offspring. Live were a featured act at Rock On The Range this past weekend in Columbus, OH and Soundgarden’s set was filled by a special tribute to their late lead singer. DWP released the following statement regarding the Rocklahoma lineup change:

It’s been a challenging week for everyone, as Chris Cornell was such a meaningful individual and artist to us. But our belief is he would want us to move forward. We are truly honored to have Live join the Rocklahoma lineup for the very first time, and appreciate the band making themselves available for this unexpected performance.

Live lead singer Ed Kowalczyk released a statement on behalf of the band:

Although we all wish it were under different circumstances with regard to the passing of the incomparable Chris Cornell, Live is honored and excited to perform at Rocklahoma this weekend. Chris and Soundgarden will forever inspire us and we’ll do our best to celebrate and express our sincere gratitude for everything they have given us with our concert. Best wishes to all, and see you Saturday night. 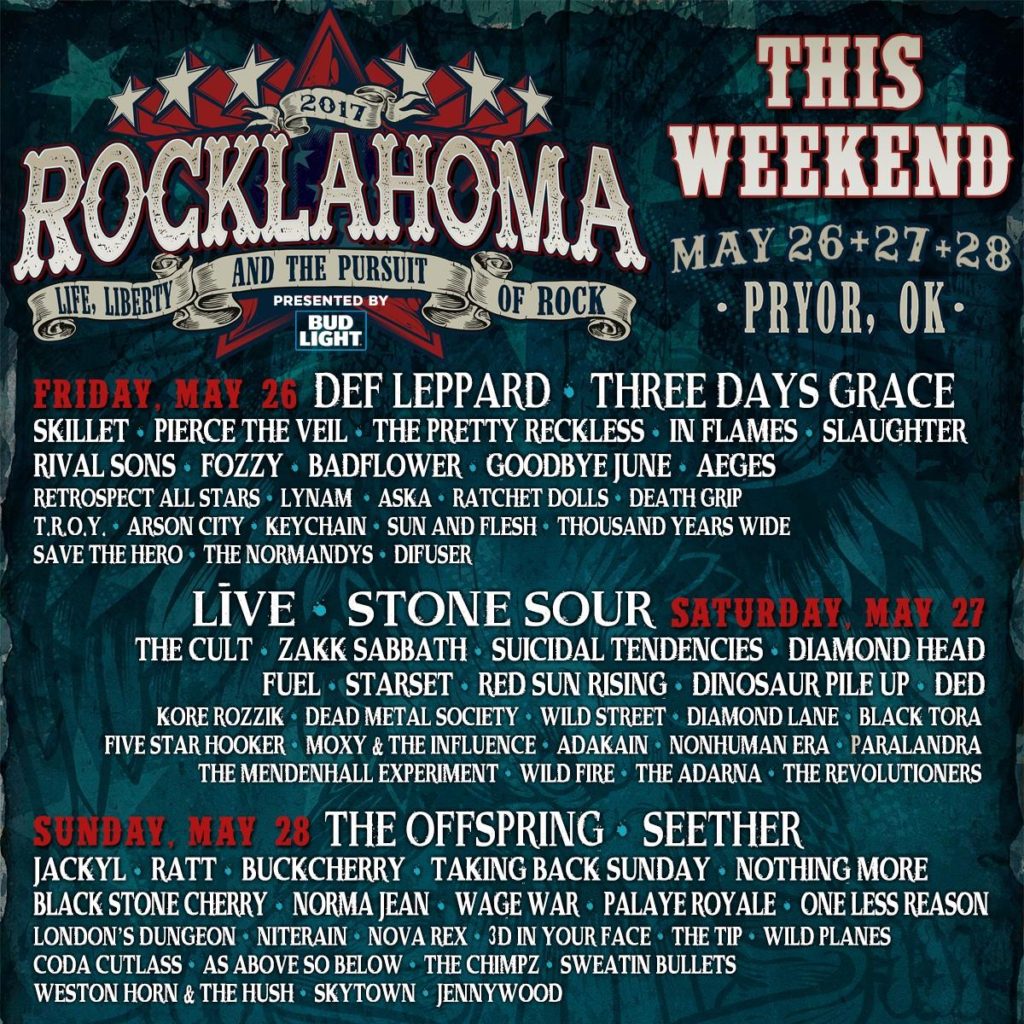