Rock News
by Matt Bishop
December 9, 2019March 19, 2022
(TRR) – Seminal Swiss metallers Krokus have announced plans for their final North American tour. The trek kicks off on September 18, 2020, at Canton Hall in Dallas, TX and wraps up on October 10 at the legendary Whiskey-A-Go-Go in Los Angeles, CA. The trek will make stops in several major markets across the U.S. and Canada including New York, Philadephia, Toronto, Denver, Seattle, San Antonio, and more.

“Its not over ’till its over,” the band said in a statement. “American and Cananda, here we come!”

Tickets are on sale now HERE.

Krokus formed in Switzerland in 1976 and released their debut LP that same year. The band broke out with their 1980 outing Metal Rendez-vous. The record was certified 4x platinum in Switzerland. Their seventh album – 1983’s Headhunter – achieved gold status in the U.S. and hit No. 25 on the Billboard 200.

The band experienced global success throughout the 80s, and a revitalization in the early 2000s. Their 2003 effort Rock The Block went No. 1 in Switzerland, as would three of their next four albums. Their last (and also No. 1) studio album was 2017’s Big Rocks. 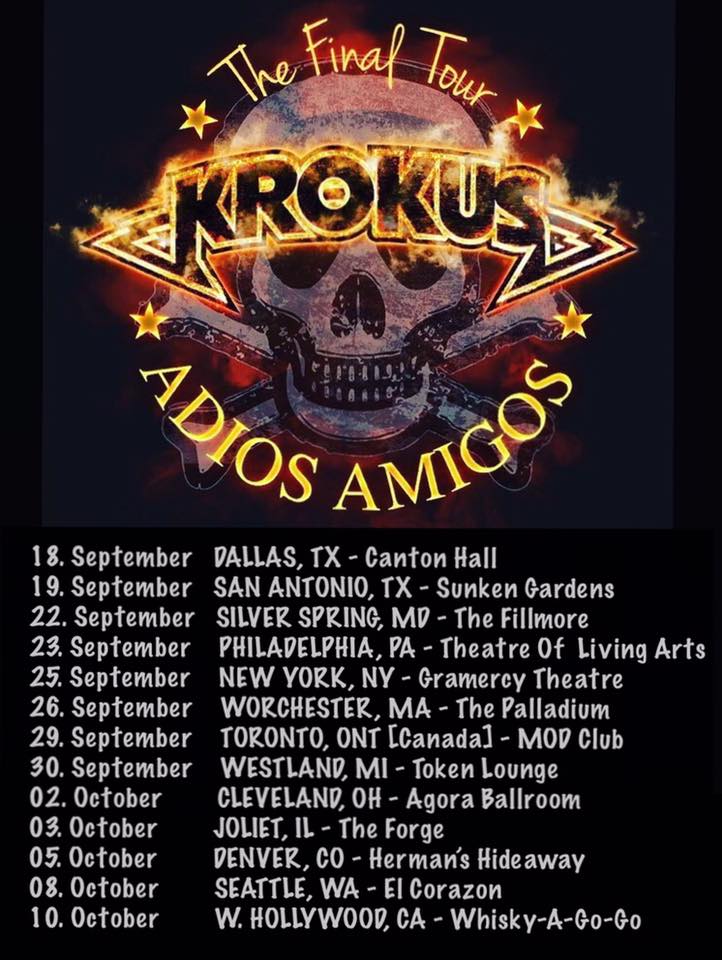