The band will play select headlining shows in May with BONES UK.

(TRR) – British rock duo Royal Blood have announced a string of 2020 U.S. tour dates. Amid their festival appearances next year, the band will play a select amount of headlining shows during the month of May. Support will be provided by BONES UK. Tickets go on sale this Friday, December 13 at 10am local time HERE.

Royal Blood are currently working on music for their third studio LP. Their last album How Did We Get So Dark? was released in 2017. The record hit No. 1 on the UK Albums and UK Rock & Metal charts. It peaked at No. 25 on the Billboard 200. 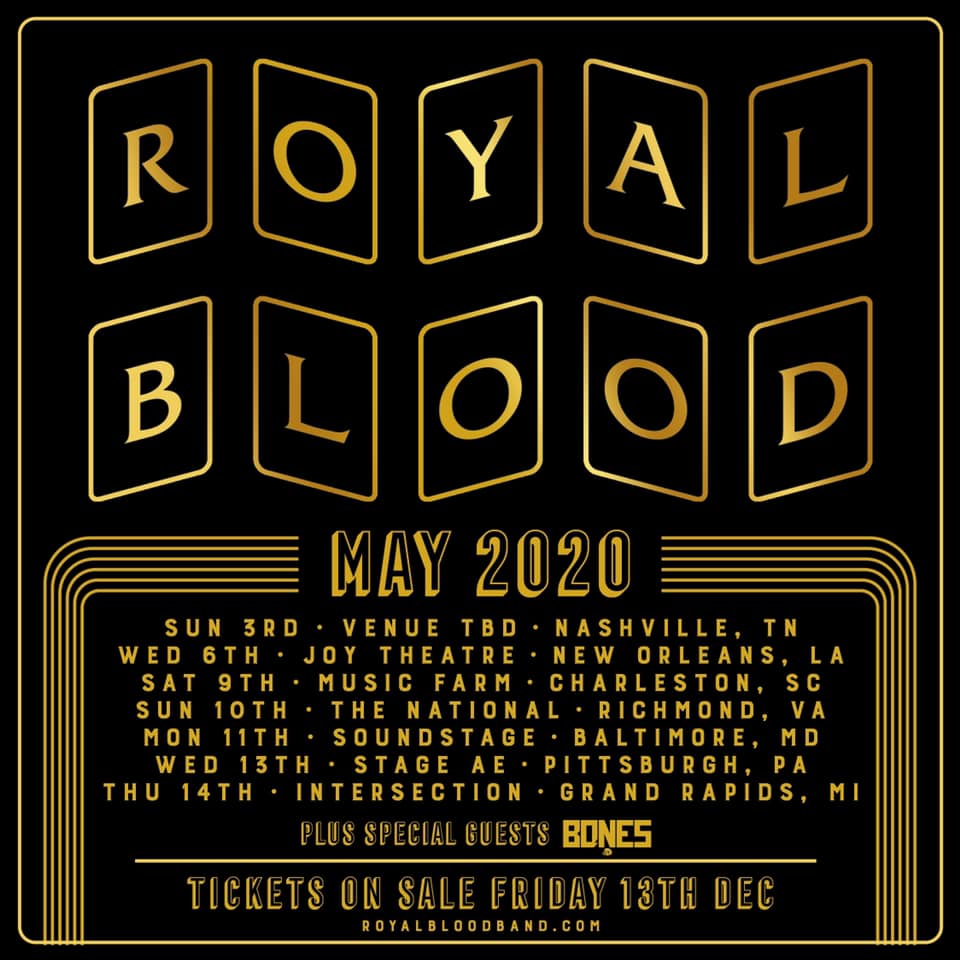