Home » KISS GIVE FANS FREEDOM TO ROCK AT ALLENTOWN FAIR

KISS GIVE FANS FREEDOM TO ROCK AT ALLENTOWN FAIR 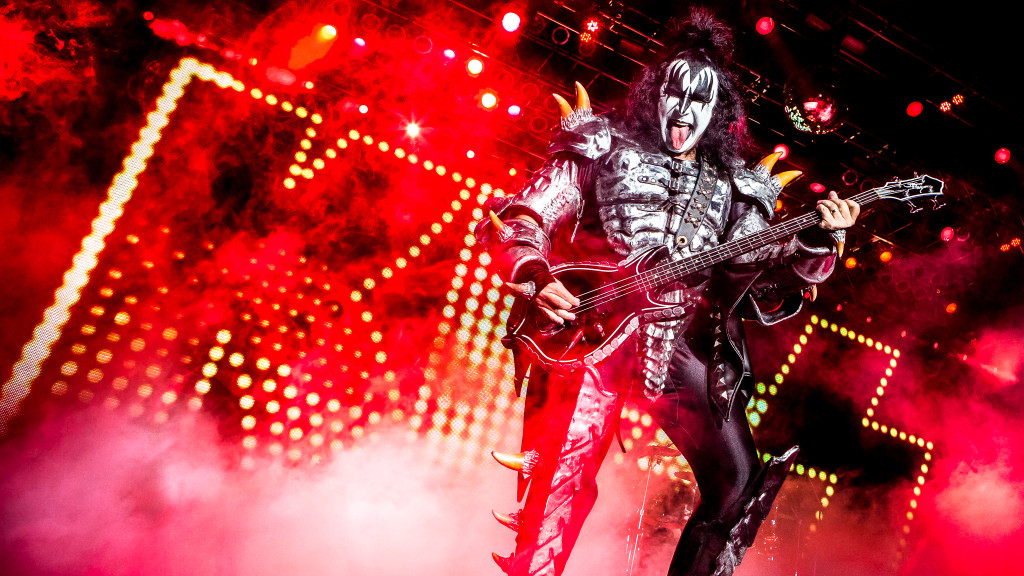 Last night, hard rock icons KISS brought their Freedom to Rock Tour to the Great Allentown Fair. It marked the band’s first show in the Lehigh Valley in 24 years. Fans were treated to fire, fireworks, and a set full of hits. Now Rock and Roll Hall of Famers celebrated their 40th anniversary back in 2014, and the band is still showing no signs of slowing down. 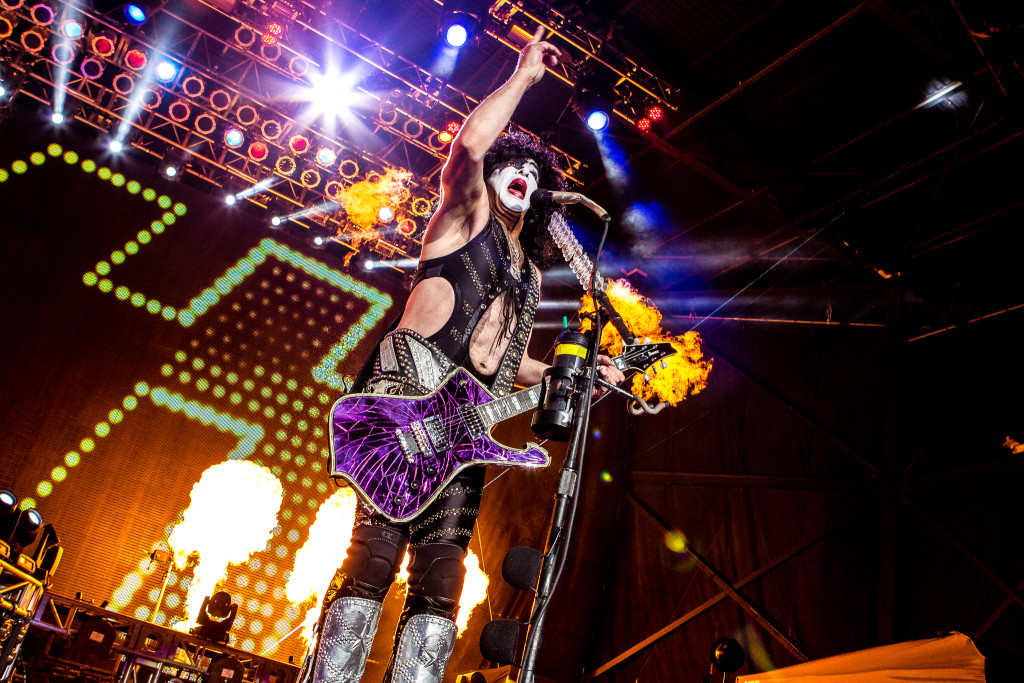 The Dead Daisies played a great opening set of bluesy hard rock. Afterwards, a brief delay due to technical difficulties stalled the much-anticipated headliners. The short stall only made the KISS Army more eager to shout out loud. Finally, the four men in makeup sauntered onto the stage and opened with their heavy hit “Detroit Rock City.” 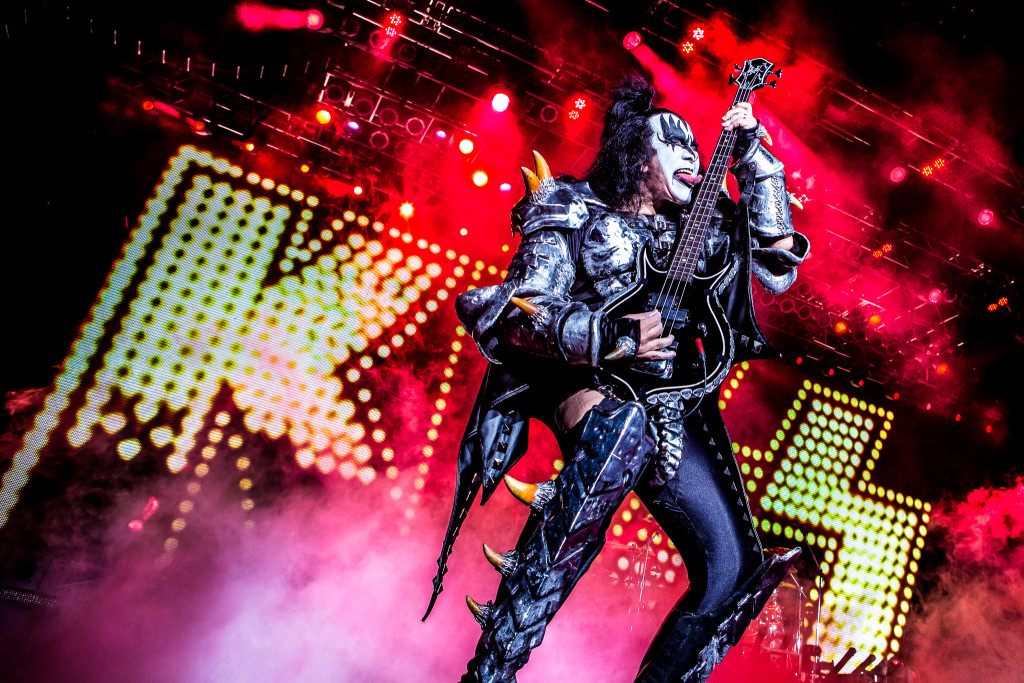 The band went right into “Deuce” with Gene Simmons on vocals and afterwords frontman Paul Stanley said, “This band is in the Rock and Roll Hall of Fame!” The crowd roared. Then he posed the question, “Are you ready to shout it out loud?” And, well, you know what happened next. From there, KISS cranked out hits like “Flaming Youth,” “Psycho Circus,” “Cold Gin,” “Lick It Up,” “Love Gun,” and more. Another highlight moment included Gene Simmons bass solo, and the barrage of blood that spewed from his mouth. The gory spectacle was followed up with “God of Thunder,” Simmons’ theme song, if you will. 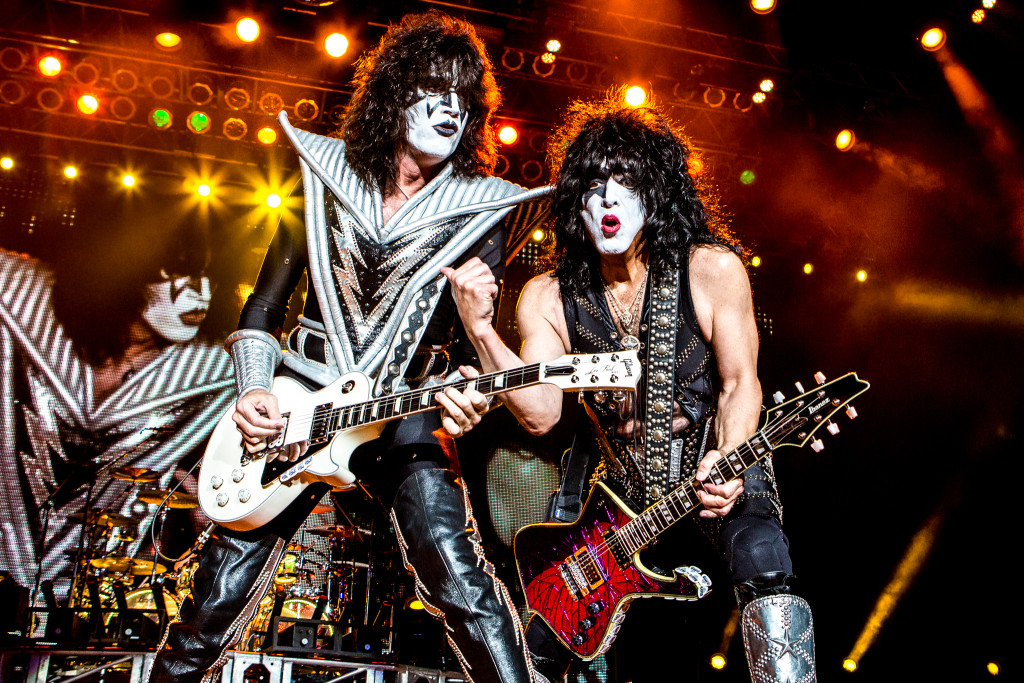 KISS returned for a three-song encore which kicked off with their hit ballad “Beth.” Then, in the most rock ‘n’ roll fashion, the band honored our country’s veterans in attendance. Paul Stanley led the crowd in reciting the Pledge of Allegiance, followed by a kick-ass version of the Star-Spangled Banner. Then the band burned through their signature song “Rock and Roll All Nite,” with explosions and Stanley smashing his guitar to end the show. “We will come back and see you again,” Stanley stated. 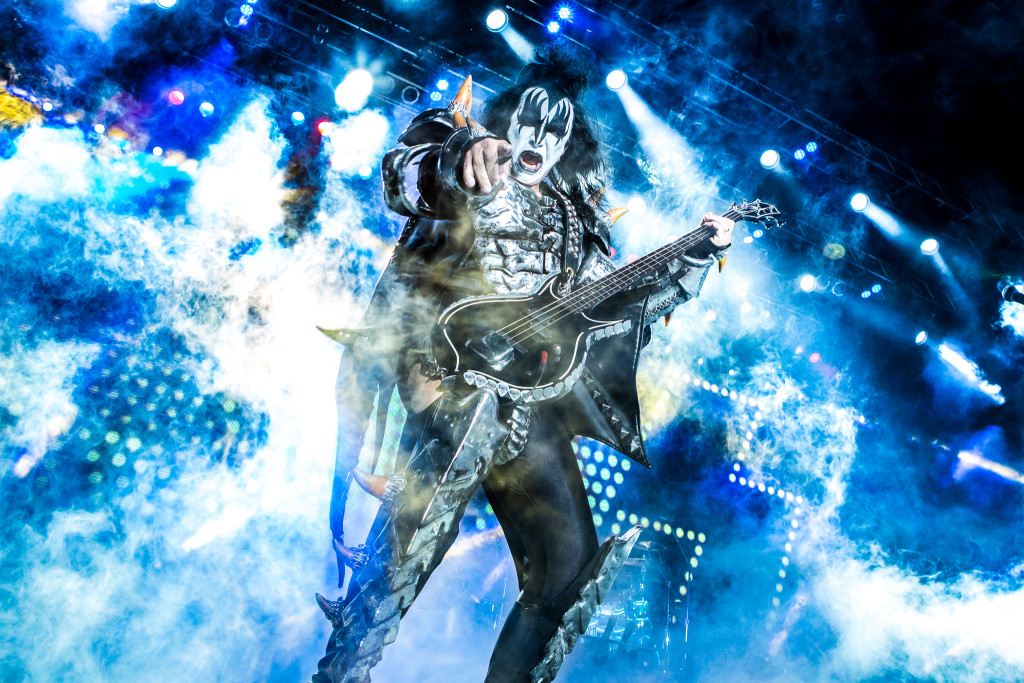 KISS are one of the most successful acts in music history, having sold over 100 million albums worldwide. The band broke into the mainstream in 1974 with their self-titled debut album. In 1977, the band won the People’s Choice Award for Best New Song for “Beth”. KISS were nominated for a Grammy Award in 1999 for Best Hard Rock Performance. From 1996-2000, the band garnered 16 Metal Edge Reader’s Choice Awards. KISS were inducted into the Rock and Roll Hall of Fame on April 10, 2015 at the Barclays Center in New York. The band was featured on the cover of Rolling Stone last April for the first time in their career in light of their induction into the Hall of Fame. 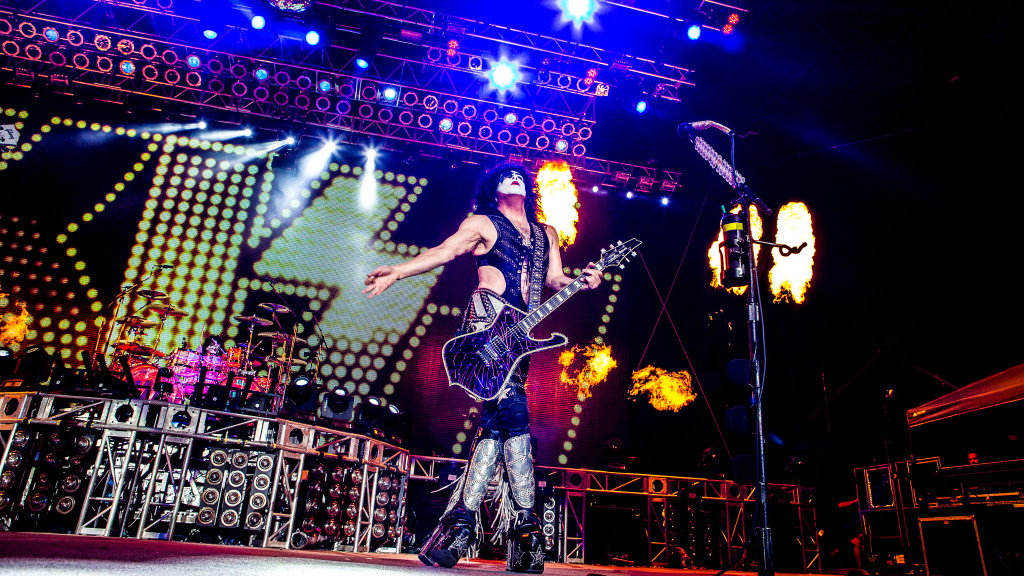