IN MEMORIAM – ICONIC BLUES GUITARIST JOHNNY WINTER PASSES AWAY AT 70 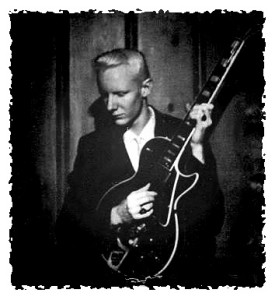 Legendary blues guitarist Johnny Winter passed away peacefully last night in his hotel room in Zurich, Switzerland. Winter had just wrapped up a European tour, and was set to return to the U.S. for another run beginning on July 24 in New York City. Throughout his career, Winter was nominated for several Grammy Awards. He released five Top 50 albums on the Billboard Top 200, and produced three Grammy Award-winning albums for blues icon and personal hero Muddy Waters. In 1988, Johnny was inducted into the Blues Foundation Hall of Fame. Our thoughts and prayers go out to Johnny’s wife, family, friends, and bandmates. – by Matt Bishop

Welcome to the Revival of rock 'n' roll music. The way you used to hear rock, see rock, and feel rock is going to be shattered into a million pieces, reassembled, and revived. Dive into the realm of rock with interviews, concert coverage, and breaking news that make the music seem real again - in your ears, in your mind, and right in front of your very eyes. You'll feel the cool steel of the guitar strings and the smooth wood grain of the drum sticks right in your hands, all with the echoes of reverb in your head. This is the way rock was supposed to be experienced. Welcome to the Revival of rock 'n' roll music.
View all posts by Matt Bishop →
Tagged  blues, blues foundation, johnny winter, johnny winter blues, johnny winter death, johnny winter dies, johnny winter guitarist, johnny winter tour, muddy waters, music, music news, rock and roll, rock music, The Rock Revival, TheRockRevival.com.
Bookmark the permalink.