Multi-platinum rockers Godsmack have premiered the lyric video for their new single “Generation Day”. The track is the fourth single off the band’s latest album 1000hp which debuted at #3 on the Billboard Top 200 and #1 on Billboard Hard Rock Albums Chart. The disc was the follow-up to the band’s 2010 gold-certified album The Oracle.

After a successful headlining run on last summer’s 2014 Rockstar Energy Drink Uproar Festival, Godsmack took some time off and Sully Erna embarked on brief solo tour. Back in February, Godsmack went to Australia to tour on the massive Soundwave Festival. Last weekend, the band were a featured act on the main stage at America’s biggest rock music festival, Rock On The Range. They are currently winding down their spring U.S. your with concludes on May 22 with an appearance at Rocklahoma. This summer, the band are set to perform at some of the biggest festivals in the world including Rock am Ring/Rock Im Park (Germany), Hellfest (France), Graspop Metal Meeting (Belgium), and more. – by Matt Bishop 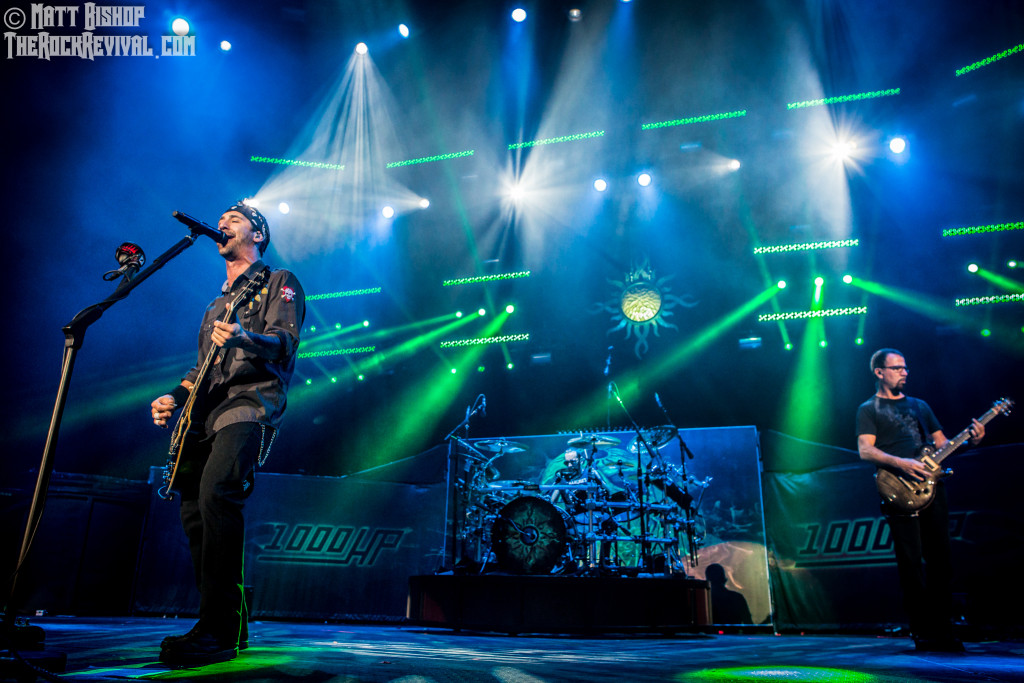 FIVE FINGER DEATH PUNCH and PAPA ROACH SET FOR FALL U.S. TOUR with IN THIS MOMENT

SLAYER ANNOUNCE NEW ALBUM 'REPENTLESS' DUE OUT ON SEPTEMBER 11