Home » SLAYER ANNOUNCE NEW ALBUM ‘REPENTLESS’ DUE OUT ON SEPTEMBER 11

SLAYER ANNOUNCE NEW ALBUM ‘REPENTLESS’ DUE OUT ON SEPTEMBER 11

Thrash metal godfathers Slayer have officially announced their upcoming album Repentless. The new disc will be the band’s 11th studio effort, and will drop on on September 11 via Nuclear Blast Records. It is the band’s first outing without founding guitarist Jeff Hanneman who passed away in 2013. The album got it’s title from a song inspired by the late axman. Exodus guitarist Gary Holt, who as been touring with the band, will play on the album. Drummer Paul Bostaph makes his return to the studio with Slayer for the fourth time. He has been touring with the band on their 2015 tour dates and last recorded with them on 2001’s God Hates Us All. This summer, Slayer will return to the Rockstar Energy Drink Mayhem Festival as headliners along with featured acts like King Diamond, Hellyeah, The Devil Wears Prada, and more. – by Matt Bishop 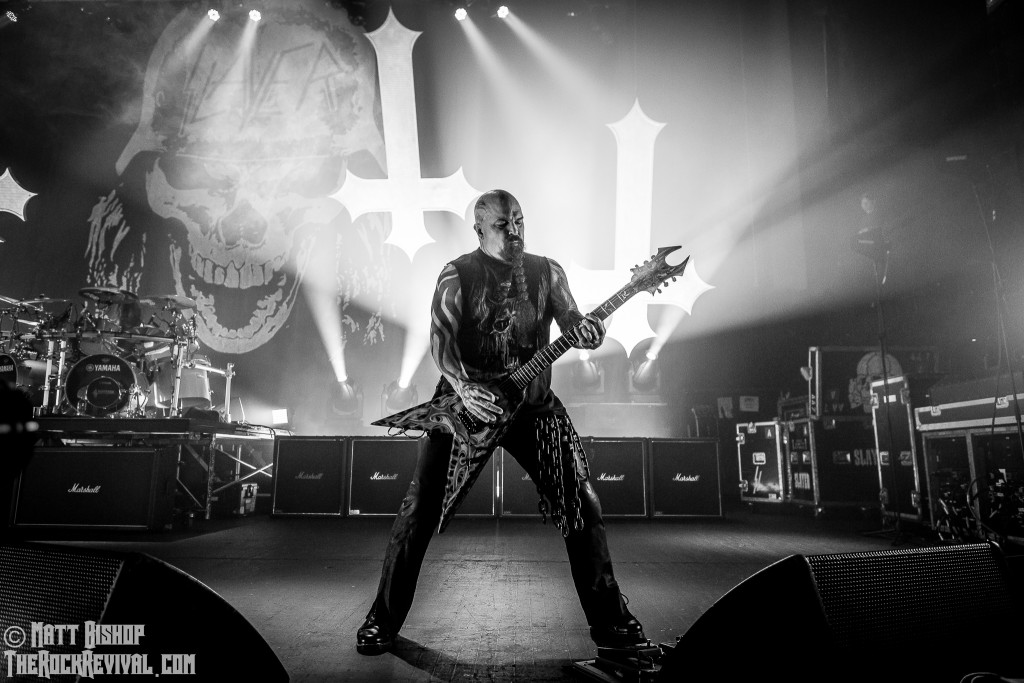