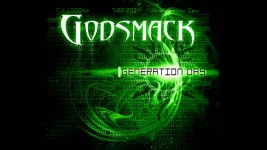 Multi-platinum rockers Godsmack have premiered the lyric video for their new single “Generation Day”. The track is the fourth single off the band’s latest album 1000hp which debuted at #3 on the Billboard Top 200 and #1 on Billboard Hard Rock Albums Chart. The disc was the follow-up to the band’s 2010 gold-certified album The Oracle. GODSMACK  –… Continue reading