(TRR) Modern rock icons Foo Fighters have hit fans with a barrage of epic news today. The band’s brand new studio album Concrete and Gold is set to drop on September 15. The band recently premiered the official music video for the album’s lead single “Run.” The LP is the band’s first outing since 2014’s Sonic Highways which debuted at #2 on the Billboard Top 200 and #1 on Billboard Rock, Hard Rock, and Alternative Albums charts.

Producer Greg Kurstin (Beck, Lana Del Ray, Adele) stepped into the studio for this album “I wanted it to be the biggest-sounding Foo Fighters record ever, frontman Dave Grohl said. To make a gigantic rock record but with Greg Kurstin’s sense of melody and arrangement. Motörhead’s version of [The Beatles’] ‘Sgt. Pepper’ or something like that.” Darrel Thorp (Beck, Radiohead) mixed the disc. 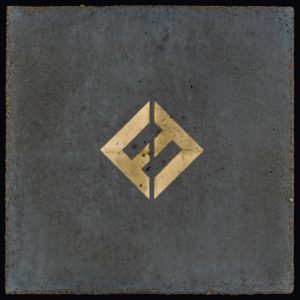 This fall, Foo Fighters will embark on a U.S. tour that kicks off on October 7 at Cal Jam 17 in San Bernardino, CA. The festival its curated by the Foos to celebrate the release of their new album. Then the band will head to Washington, DC for in intimate sold-out performance at The Anthem. A sister venue to the legendary 9:30 Club in DC, it will be the very first show at The Anthem. The trek wraps up on December 12 in Salt Lake City, UT with more dates to be announced in the future. Tickets go on sale Thursday, June 29 at 10am local time.

U2 Wow Philadelphia On The Joshua Tree Tour 2017