FOO FIGHTERS and ROYAL BLOOD ROCK THE CONGREGATION IN CAMDEN

“Sometimes I wake up in the morning,” said Foo Fighters frontman Dave Grohl. “And I say to myself, ‘Goddamn, does the world still love rock ‘n’ roll?'” Yes, Dave. Yes it does. 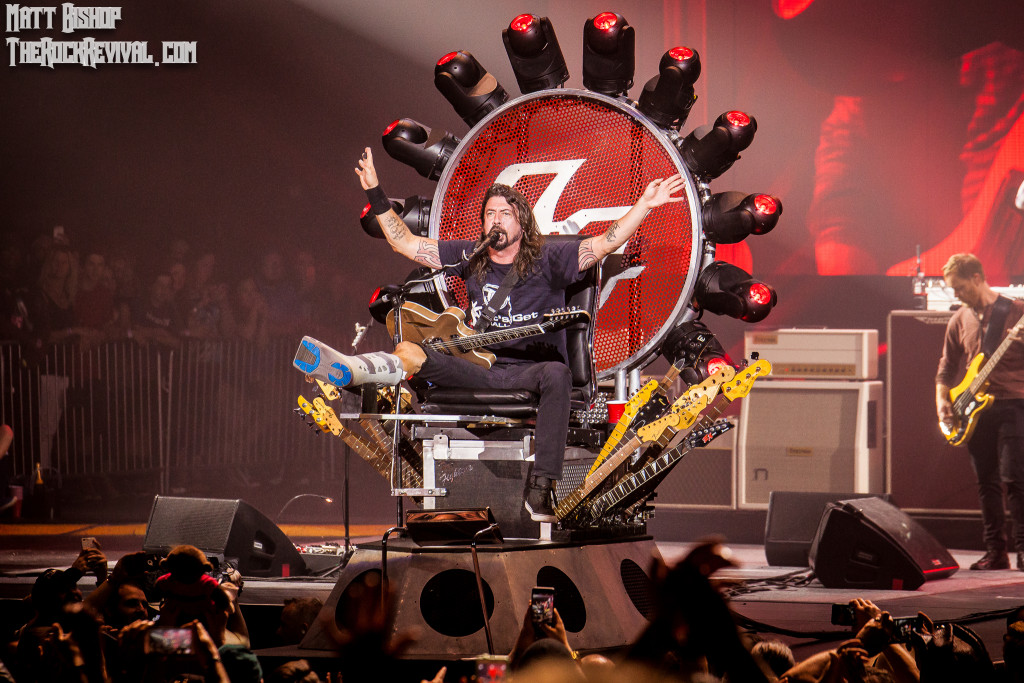 On a warm night in the heart of summer, and the shadow of Philadelphia, modern rock icons Foo Fighters and their very special guests Royal Blood proceeded to show the near-capacity crowd the the world still indeed loves some good old-fashioned goddamn rock ‘n’roll. 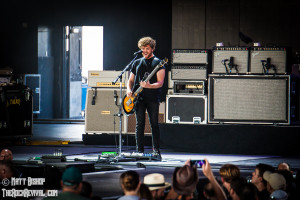 While the sun was still setting over the Delaware River, Royal Blood took the stage to kick off the evening’s festivities. The band are approaching the 1-year anniversary of their self-titled debut album, which has proven to be a massive success. The disc peaked at #17 on the Billboard Top 200, and just today, the band scored their first #1 hit on Active Rock Radio with “Little Monster.” The hard rock duo from the UK have been making noise on this year’s festival circuit with recent appearances at Coachella, Bonaroo, and many more around the globe. 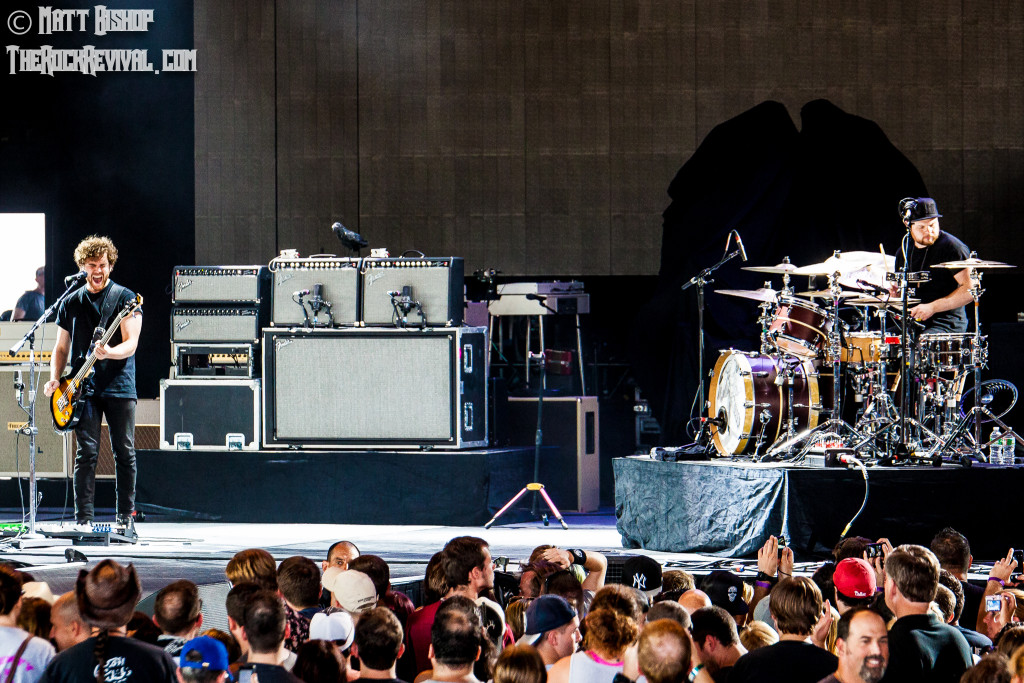 The band got things off to a running start with their headbanger “Come On Over.” From there, the band 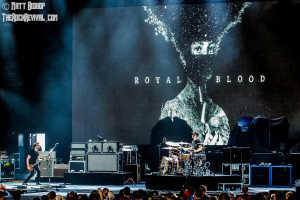 proceeded to play their entire album except for “Careless,” which was swapped for the B-Side “One Trick Pony.” Highlights included their recent #1 single “Little Monster,” “Better Strangers,” “Ten Tonne Skeleton,” their smash hit “Figure It Out” (one of The Rock Revival’s Top 25 Rock Music Videos of 2014), and more. They shut down their set with the ultra-heavy “Out of The Black.” The outro featured a snippet of Black Sabbath‘s “Iron Man,” paying homage to fellow UK heavy metal titans. Along with Crobot and a few others, Royal Blood are one of the most dominate forces in rock music today. One day, they will most likely live up to their name and be rock royalty. 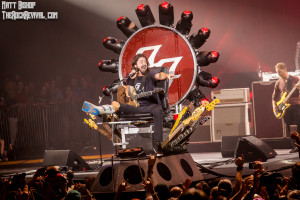 And speaking of rock royalty, Foo Fighters took the stage next to close out the evening with a set that was apparently going to be as long as they wanted. “Normally, they tell us how long we’re supposed to play,” Dave Grohl said. “How ’bout this – tonight, we fuckin’ decide how long we’re gonna play, how ’bout that shit?” Grohl proceeded to take bids, if you will, on how long the Foos should play. Finally, he said, “How ’bout this, we just keep fuckin’ playing’ until we can’t play anymore?!” The crowd was more than pleased, to say the least.

Foo Fighters kicked off their set with arguably their biggest hit, “Everlong.” In recent years we’ve seen acts like Metallica open with “Enter Sandman” or Stone Temple Pilots open with “Vasoline.” Foo Fighters have most certainly joined the upper echelons of music. They have so many hits, they need not worry about what to save for the encore. They stuck with that formula, playing “Monkey Wrench” and “Learn To Fly” next. The band  dropped “Something From Nothing,” dipping into their latest offering Sonic Highways, and then tore into “The Pretender.” That’s one hell of a way to start a Foo Fighters show. 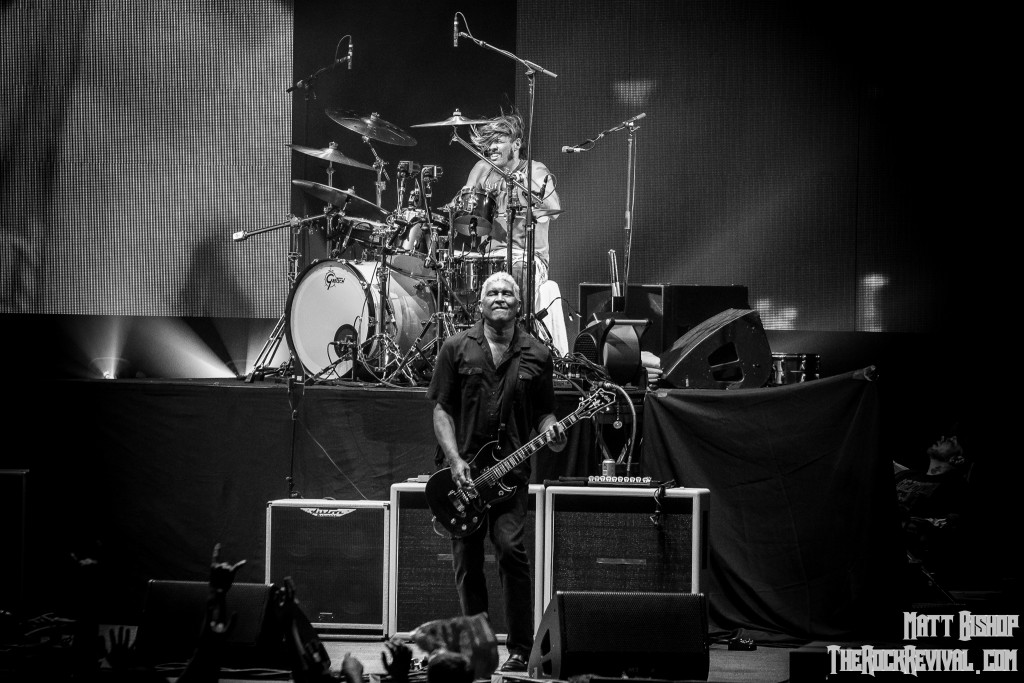 The Foos proceeded to play a hefty 28-song set that featured big hits, deep cuts, and plenty of covers. Tribute was 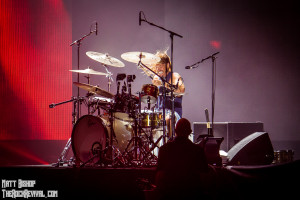 paid to the likes of Van Halen, Rush, Tom Petty, KISS, and others. Midway through the set, fans were treated to a gorgeous acoustic versions of “My Hero” and “Times Like These.” While the original electric version stands on its own, the slowed-down melody of “Times Like These” being played acoustically is simply heavenly. Other highlights included “Walk,” “Breakout,” “Aurora,” “White Limo,” and others. They closed out the evening with one of the greatest anthems of a generation – “Best of You.” There’s not much more you can ask from a Foo Fighters show, especially when Dave Grohl has a bad wheel. All in all, they proved that their arguably the biggest band in the world right now, and that rock ‘n’ roll is alive and well. 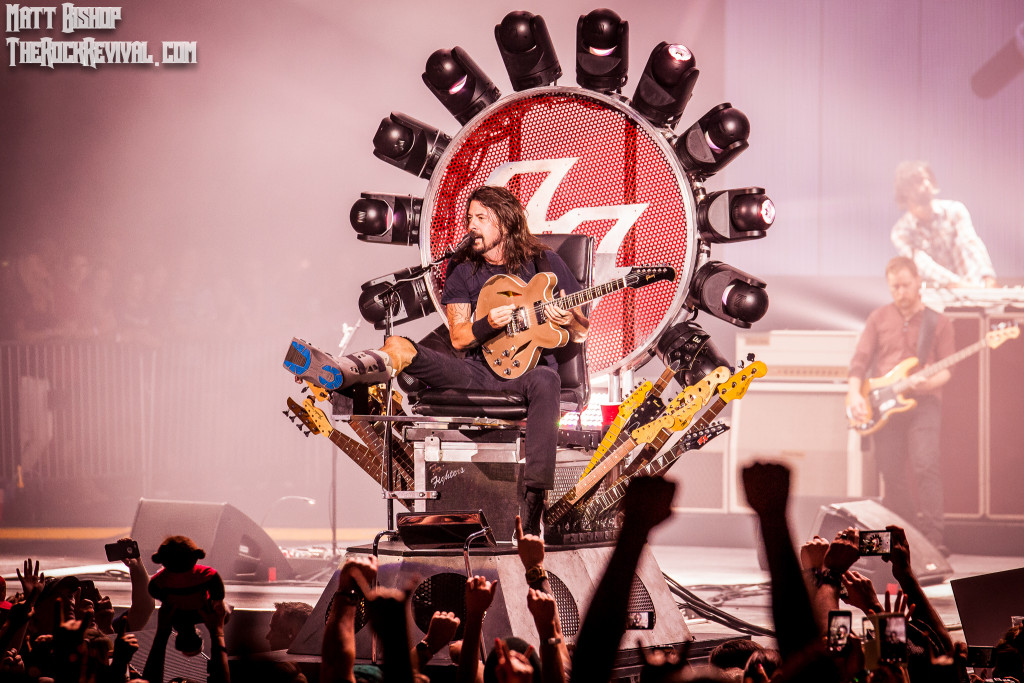 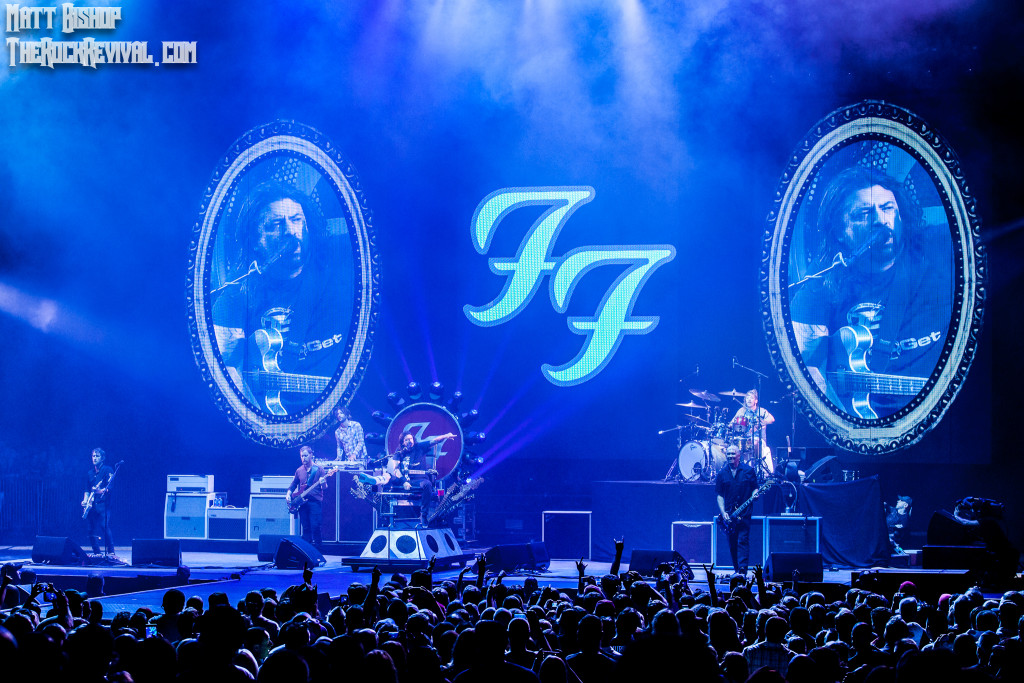 Welcome to the Revival of rock 'n' roll music. The way you used to hear rock, see rock, and feel rock is going to be shattered into a million pieces, reassembled, and revived. Dive into the realm of rock with interviews, concert coverage, and breaking news that make the music seem real again - in your ears, in your mind, and right in front of your very eyes. You'll feel the cool steel of the guitar strings and the smooth wood grain of the drum sticks right in your hands, all with the echoes of reverb in your head. This is the way rock was supposed to be experienced. Welcome to the Revival of rock 'n' roll music.
View all posts by Matt Bishop →
Tagged  Dave Grohl, Foo Fighters, royal blood, sonic highways, sonic highways tour, sonic highways world tour.
Bookmark the permalink.