Rock News
by Matt Bishop
July 23, 2019March 19, 2022
(TRR) – Five Finger Death Punch are hitting the road this fall in North America. The arena tour kicks off on November 1 with back-to-back performances at The Joint at Hard Rock Casino in Las Vegas, NV and wrap up on December 15 at Wells Fargo Arena in Des Moines, IA. A video trailer for the tour can be streamed below.

Three Days Grace, Bad Wolves, and Fire From The Gods will support FFDP on the run.

Tickets and VIP Packages are available for pre-sale tomorrow, Wednesday, July 23 HERE. General public on sale begins this Friday, July 26. A portion from every ticket sold will benefit America’s defenders, veterans, first responders and their families via the Gary Sinise Foundation.

Five Finger Death Punch released their seventh studio album And Justice For None last May. The disc peaked at No. 4 on the Billboard Top 200, and captured the No. 1 spot on Billboard Top Rock and Top Hard Rock Albums charts. Last December, drummer Jeremy Spencer left the band citing back issues and multiple surgeries hindering his ability to tour. 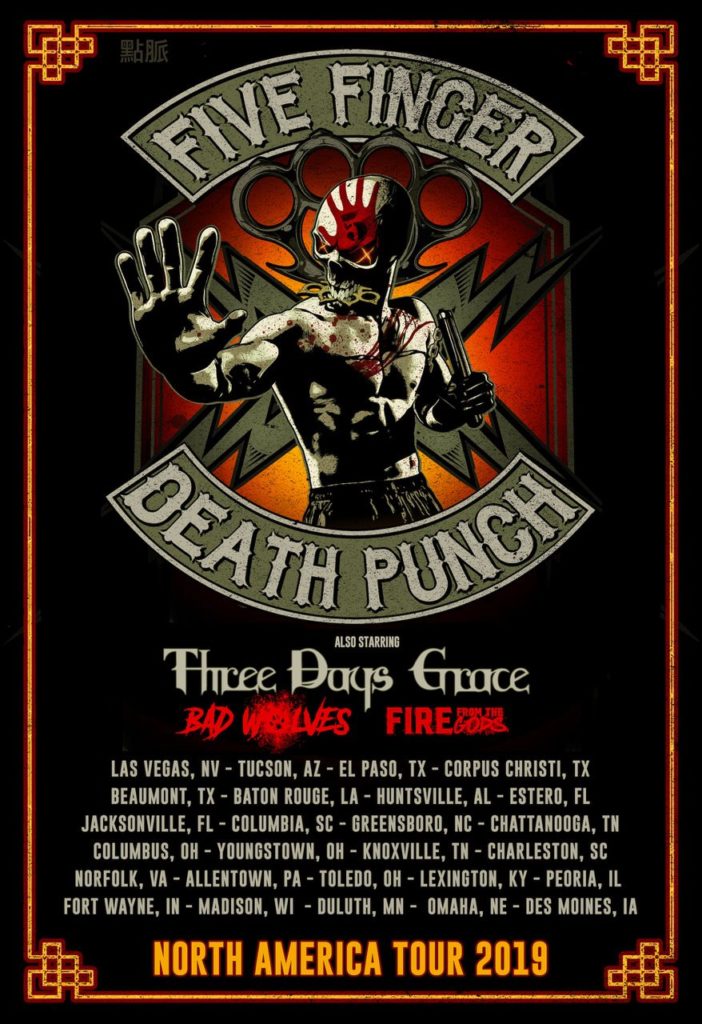