(TRR) – The Firefly Music Festival 2019 lineup is here. Announced today, next year’s installment features a plethora of great artists across all genres with Travis Scott, Post Malone, and Panic! At The Disco serving as headliners. The three-day jaunt is set for June 21-23 at The Woodlands in Dover, DE. Also featured Vampire Weekend, Death Cab For Cutie, Young The Giant, Walk The Moon, Dashboard Confessional, Joywave, The Record Company, Andrew McMahon and The Wilderness, Car Seat Headrest, and more.

Ticket add-ons will also be available, which include GA+ Access, Front Row Viewing, and Spruce Up Pass. Fans can also secure limited edition collectable Firefly gear, line up a shuttle to transport you to the festival, or rent a tent if you’re traveling without equipment.

Founded in 2012, Firefly Music Festival is the largest music and camping festival on the east coast. Among Firefly’s alumni are the likes of Foo Fighters, Red Hot Chili Peppers, The Black Keys, Muse, The Killers, Thirty Seconds To Mars, blink-182, The 1975, Arctic Monkeys, Weezer, Cage The Elephant, Portugal. The Man, and others. A few music legends have also graced the Firefly stage including Bob Dylan, Paul McCartney, and Tom Petty & The Heartbreakers. 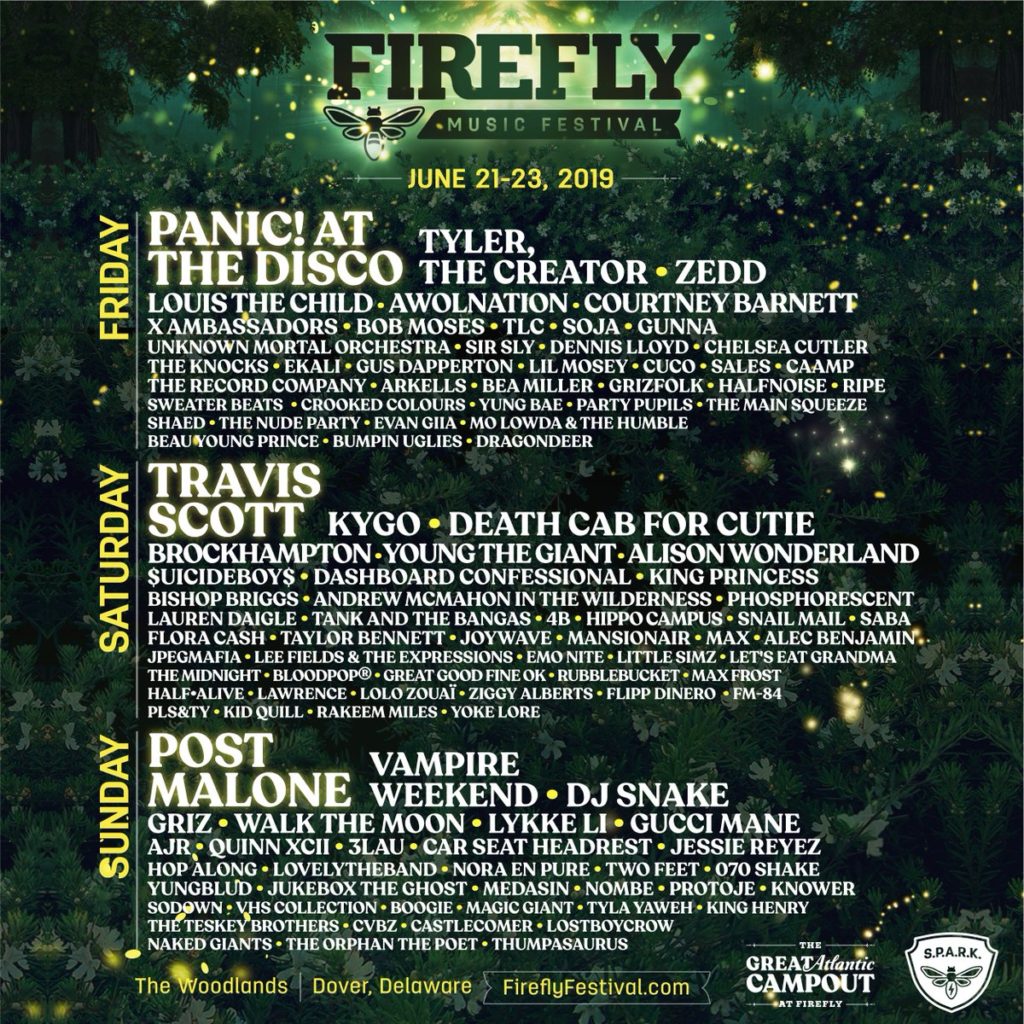 System Of A Down, Tool To Headline Chicago Open Air