Home » System Of A Down, Tool To Headline Chicago Open Air

System Of A Down, Tool To Headline Chicago Open Air

(TRR) – System of a Down and Tool are set to headline Chicago Open Air 2019. The festival is set for May 18-19 of next year at SeatGeek Stadium (formerly Toyota Park) in Bridgeview, IL. Also slated to perform are Ghost, The Prodigy, Meshuggah, Beartooth, Gojira, The Fever 333, and others. Chicago Open Air is co-produced by Danny Wimmer Presents and Live Nation.

In addition to live performances, festival goers will be able to indulge in a wide variety of food and beverage options. A variety of local and regional craft beers as well as authentic Chi-Town cuisine will be available to patrons throughout the weekend. 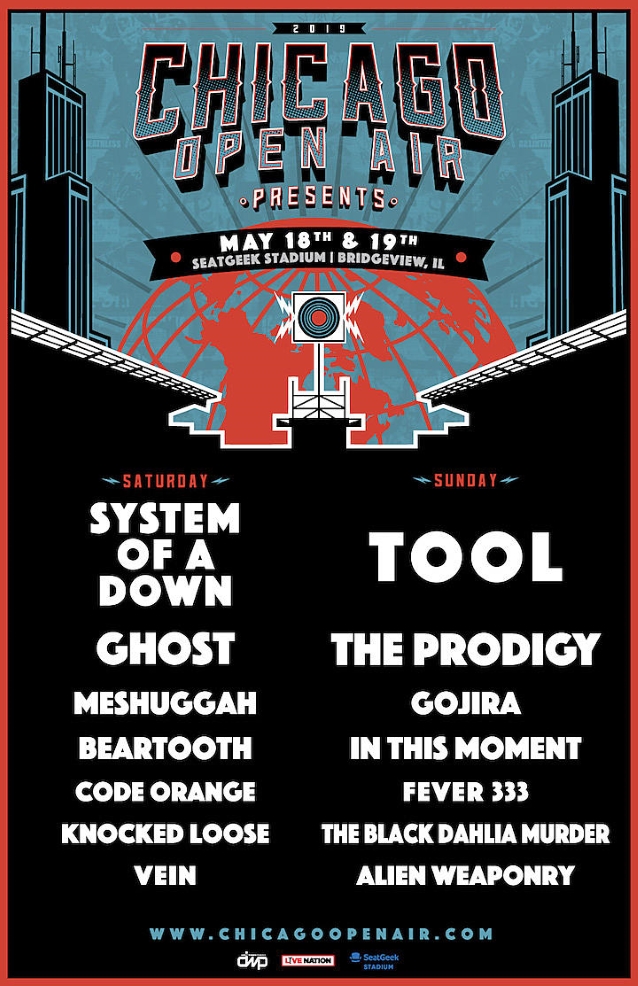