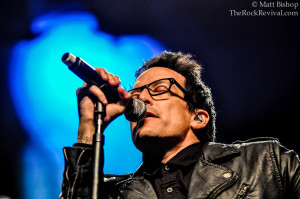 Industrial rockers Filter premiered their new music video for “Surprise” today. The track is the second single off the band’s latest effort, The Sun Comes Out Tonight. Released back in June 2013, the album hit #46 on the Billboard Top 200 and ranked #10 on TheRockRevival.com’s list of the Top 50 Rock Albums of 2013. This past summer, the band toured with Stone Temple Pilots and in the fall, they embarked on their Self Inflicted Tour with support from Red, Otherwise, and We As Human. On February 22, Filter will be touring Australia as part of the massive Soundwave Festival, alongside Green Day, Avenged Sevenfold, Stone Temple Pilots with Chester Bennington, Alice In Chains, A Day To Remember, Rob Zombie, and many more. 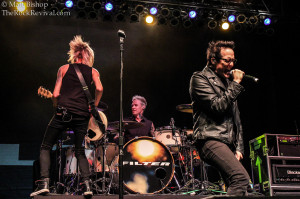 the guitarist of Nine Inch Nails. He toured with NIИ on The Pretty Hate Machine Tour, and left shortly after to form Filter. Nine Inch Nails, along with Ministry and Skinny Puppy, would prove to be heavy influences for Filter. The band’s freshman and sophomore outings, 1995’s Short Bus, and 1999’s Title of Record, were huge successes. Both albums have sold over 1 million copies, certifying them platinum, and ToR hit #30 on the Billboard Top 200. They produced hits such as “Hey Man, Nice Shot,” “Dose,” “Welcome To The Fold,” and “Take A Picture”. All these songs garnered massive radio play, and heavy rotation on MTV. Also in 1999, Filter took part in the Family Values Tour. The second year of the tour, it was the arguably the tour’s most famous year, which included Korn, Limp Bizkit, Primus, Staind, The Crystal Method, and many others. Filter was a prominent fixture in music at a time when metal was ruling the world once again. Moving into the millennium, Filter would release 3 studio albums and a greatest hits compilation (2008’s The Very Best Things). Their most recent record, The Trouble with Angels, came out in 2010. The album hit #64 on the Billboard Top 200, and #7 on Billboard Top Hard Rock Albums. – by Matt Bishop (Photography by Matt Bishop) –