Coal Chamber have announced a 2015 headlining tour with very special guests Filter, Combichrist, and American Head Charge. The spring trek kicks off on March 6, 2015 at the Marquee in Tempe, AZ and wraps up on April 12 at Gas Monkey Live in Dallas, TX. VIP Packages go on sale tomorrow and public tickets go on sale December 12 HERE. Coal Chamber are also set to release a brand new studio album next year. It will be there first LP since 2002’s Dark Days which landed at #34 on the Billboard Top 200. The band has been working with producer Mark Lewis (Whitechapel, DevilDriver, Black Dahlia Murder) on the new material. Filter are still touring in support of their acclaimed 2013 effort The Sun Comes Out Tonight, which ranked #10 on TheRockRevival.com’s list fof the Top 50 Rock Albums of 2013. Norwegian industrial metallers Combichrist released their seventh studio album We Love You back in March. The disc produced two hit singles – “From My Cold Dead Hands” and “Maggots at the Party”. American Head Charge released their Shoot EP last July. – by Matt Bishop 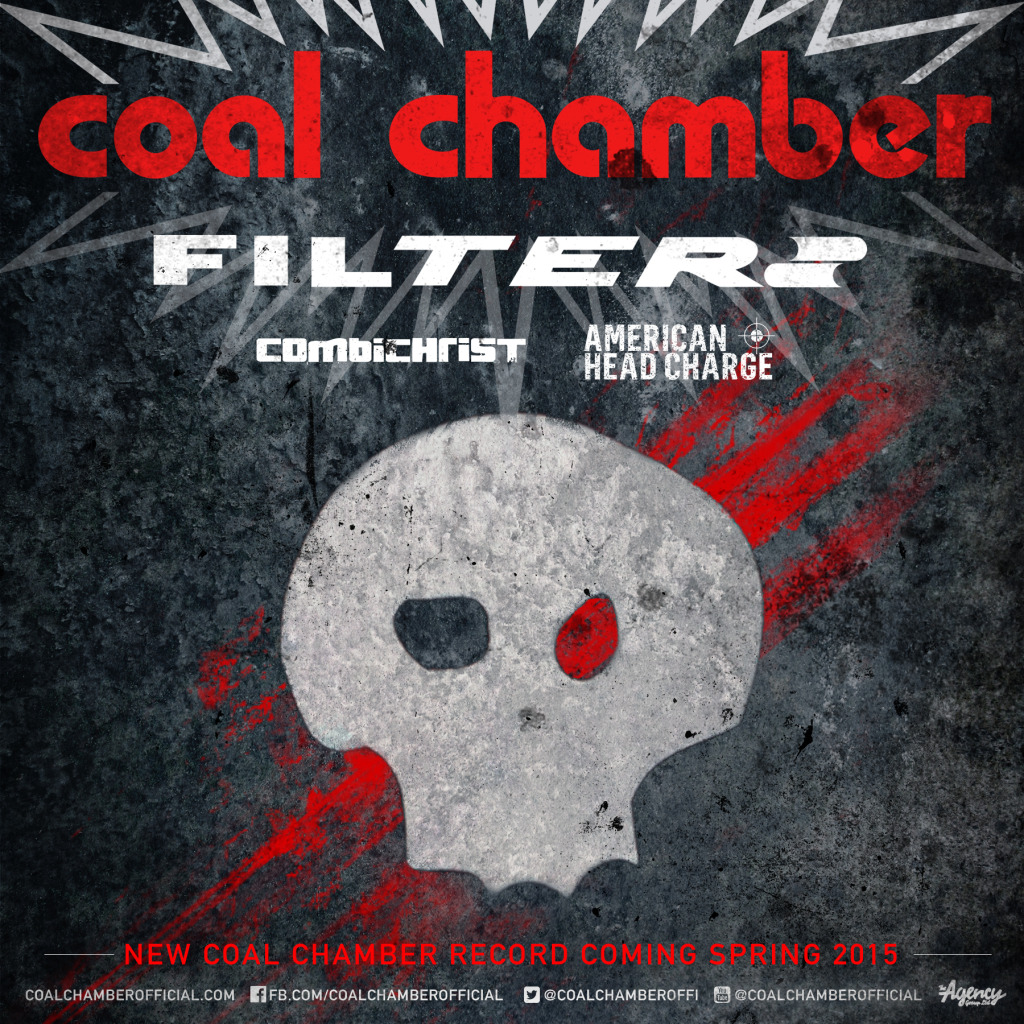