Biffy Clyro have premiered an explosive new music video for their single “Flammable.” The clip can be streamed above. The track is the fifth single from the band’s latest studio effort Ellipsis which dropped last July via Warner Bros. Records. The disc was produced by Rich Costey (Muse, My Chemical Romance, Sigur Ros, Fiona Apple). The Scottish alt-rock outfit were recently nominated for three of the biggest U.K. award nominations of their career: Best British Group at the BRITAwards, Best British Group and Best Festival Headliners at the NMEAwards. This spring, Biffy Clyro will return to the U.S. for a long-anticipated tour (see dates below). Later this summer they are set to headline Download Festival (UK) this summer alongside System of a Down and Aerosmith. 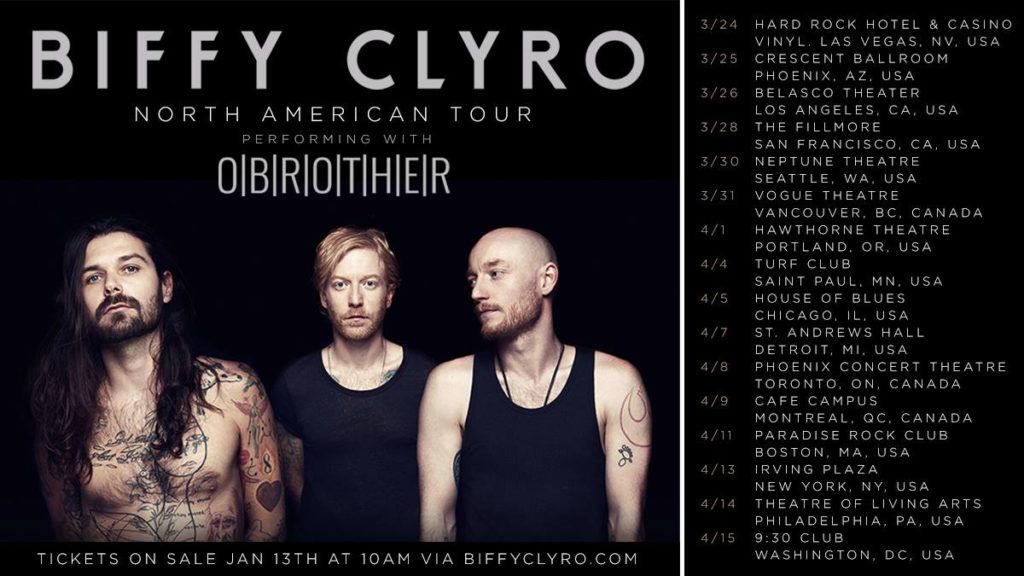