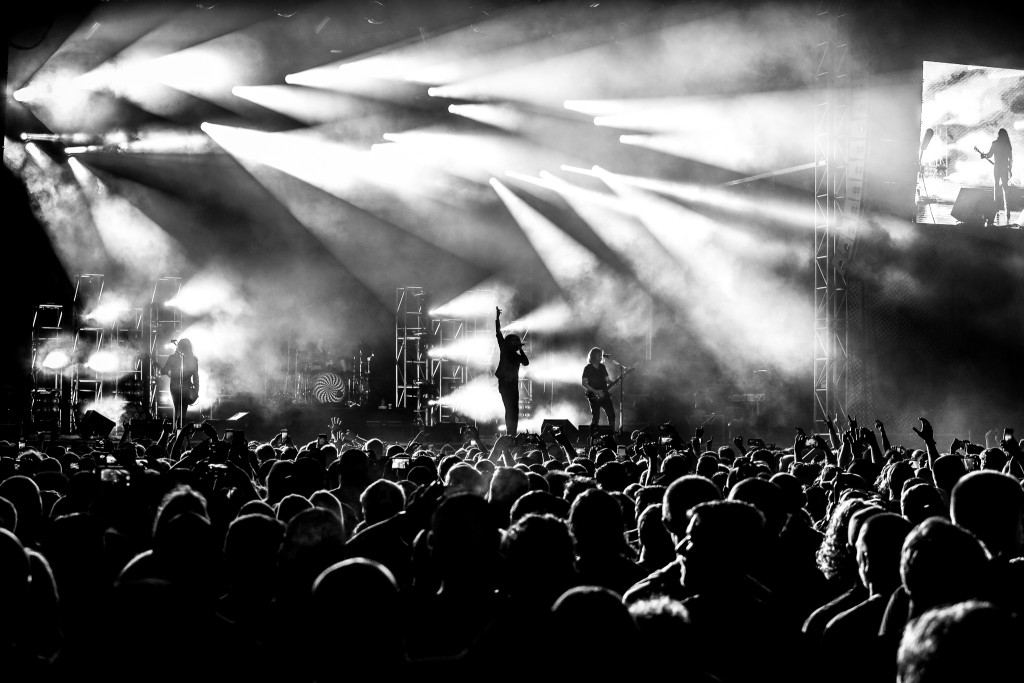 (TRR) – Rock juggernaunts Alice In Chains have announced a new film project centered around their latest studio effort Rainier Fog. The 90-minute sci-fi film Black Antenna is produced and directed by filmaker Adam Mason. The film will be released in a ten episode series beginning in early 2019. A preview of the film can be streamed below.

“I’m a longtime fan of the band,” says Mason. “And this was an opportunity to do something fresh and inspiring from an indie filmmaking side. The sound and vision between album and film are closely intertwined – it was a brilliant synergy that led to a really unique project.”

“We’ve always toyed with the idea of creating videos for every song on one of our albums,” says drummer Sean Kinney. “Not only did we do that for Rainier Fog, it got totally out of hand and we made a whole goddamn movie. Everything that will be seen in the videos will be footage from Black Antenna to preface the complete film’s release.”

The album Rainier Fog was released earlier this year via BMG. It is the band’s first release with the new label. It debuted at #1 on Billboard Top Rock, Alternative, and Hard Rock Albums charts. Last week, the LP earned the band a GRAMMY Award nomination for Best Rock Album. It is the band’s ninth GRAMMY nod. Alice In Chains returned to Studio X (formerly Bad Animals) in their hometown of Seattle, where they tracked their 1995 self-titled effort.

Throughout their career, Alice In Chains have sold over 30 million albums worldwide. Formed in 1987, Alice In Chains were key players in the Seattle grunge movement. They helped bridge the gap between grunge and more traditional hard rock and heavy metal. A pivotal moment in their career came in 1991 when they landed the opening slot on the Clash of the Titans Tour. The trek featured 80s thrash icons Slayer, Megadeth, and Anthrax. Since then, the band have gone on to chart 23 Top 40 singles and grab 9 GRAMMY Award nominations. Alice In Chains won two MTV Video Music Awards in 1993 and 1996.

Welcome to the Revival of rock 'n' roll music. The way you used to hear rock, see rock, and feel rock is going to be shattered into a million pieces, reassembled, and revived. Dive into the realm of rock with interviews, concert coverage, and breaking news that make the music seem real again - in your ears, in your mind, and right in front of your very eyes. You'll feel the cool steel of the guitar strings and the smooth wood grain of the drum sticks right in your hands, all with the echoes of reverb in your head. This is the way rock was supposed to be experienced. Welcome to the Revival of rock 'n' roll music.
View all posts by Matt Bishop →
Tagged  Alice In Chains, black antenna, rainier fog.
Bookmark the permalink.