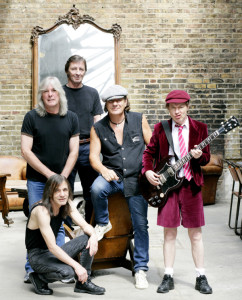 Back in February, heavy metal legends AC/DC announced potential plans to hit the studio in May to begin work on their upcoming 17th studio album. In addition, the band announced a tentative 40-show world tour to commemorate their 40th anniversary. Now, rumors are flying every which way that neither of these things will happen. The band hasn’t done much since the release of their last album in 2008 and the two-year world tour that supported it. Back in February in an interview with West Palm Beach, FL’s 98.7 The Gator, frontman Brian Johnson said, “One of our boys was pretty ill, so we didn’t like to say anything, and we’re very private about things like this, so we didn’t wanna say anything. And he’s a very proud man. But I think we’ll be going into the studio in May in Vancouver. Which means, we should be getting ready.” Now, reports are surfacing via anonymous sources that the ill member of the band is rhythm guitarist Malcolm Young, and that the undisclosed illness has left him incapable of performing ever again. AC/DC are tentatively expected to make an official announcement on the state of the band next Tuesday, but possibly sooner.

In the interview, Johnson said of a tour, “It’s been 40 years of the band’s existence, so I 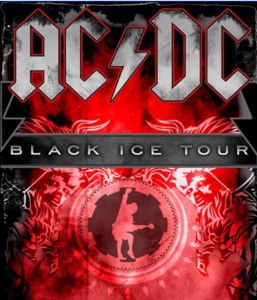 think we’re gonna try to do 40 gigs, 40 shows, to thank the fans for their undying loyalty,” Johnson stated. “I mean, honestly, our fans are just the best in the world, and we appreciate every one of them. So, like I said, we’ll have to go out, even though we’re getting a bit long in the tooth.” If the band decides to go ahead and record a new album, it will be the follow-up to 2008’s critically acclaimed Black Ice, which debuted at #1 on the Billboard Top 200 and sold over 784,000 copies in it’s first week of sales. It was one of only two albums the band released that decade (Stiff Upper Lip, 2000). The disc garnered the band the Grammy Award for Best Hard Rock Performance for the track “War Machine”. The band plans to enter a recording studio in Vancouver in May to begin work on the record. AC/DC are undeniably one of the greatest music artists of all time. To date, the band has sold over 200 million albums worldwide and have produced some of hard rock and heavy metal’s biggest anthems. – by Matt Bishop (@The_MattBishop)

LET THERE BE ROCK - AC/DC ARE NOT RETIRING, GUITARIST MALCOLM YOUNG TAKING A BREAK