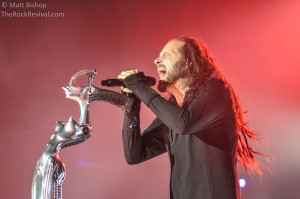 Mighty metal giants Rob Zombie and Korn have announced a co-headlining arena tour that will trek across the country this fall. The Night of The Living Dreads Tour kicks off on November 3 in Reno, NV and wraps up 17 shows later in my hometown of Bethlehem, PA at the Sands Event Center. The trek features special guests Scar The Martyr. Rob Zombie recently wrapped up a summer tour, headlining the Rockstar Energy Drink Mayhem Festival. Zombie, along with his all-star cast of John 5 (guitar), Piggy D (bass), and Ginger Fish (drums), will be touring in support of his latest album, Venomous Rat Regeneration Vendor. Korn have been touring relentlessly since 2010 in support of their last effort, The Path of Totality. The band toured the world and headlined several festivals. With the recent release of their new single, “Never Never”, they are in the midst of a headlining run with support from Asking Alexandria and Head’s band, Love and Death. Korn’s new LP, The Paradigm Shift, is due out on October 8. Rob Zombie and Korn are no strangers on the stage. Both artists c0-headlined the 2010 Rockstar Energy Drink Mayhem Festival. Tickets go on-sale via the artists’ websites on Friday, September 27 – Rob Zombie Tickets and Korn Tickets.

Rob Zombie is one of the greatest solo artists in rock music history. Starting out with his band White Zombie in 1985. In 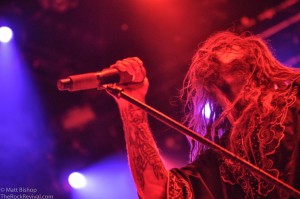 1992, the band found mainstream success when they signed with Geffen Records and released their third album, La Sexorcisto: Devil Music Volume One. The album hit #26 on the Billboard Top 200 and eventually went double-platinum. In 1995, White Zombie teamed up with renowned metal producer Terry Date to release Astro-Creep: 2000. The album peaked at #6 on the Billboard Top 200, and it would also be their last outing. In the summer of 1996, the band toured with the almighty Pantera on their summer tour. 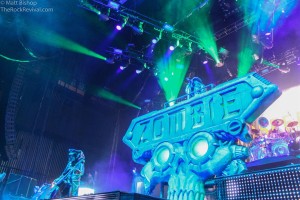 In 1994, Korn released their self-titled debut album, revolutionizing metal and music as whole. They created a whole new sub- 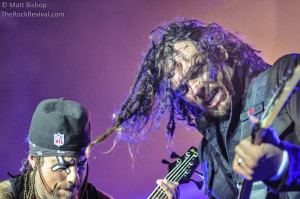 genre, “nu-metal”, that fused traditional heavy metal with elements of alternative rock, grunge, and hip-hop. In the following decade, Korn would rule the airwaves. Topping the Billboard charts, garnering massive radio play, and consistently owning the #1 spot on MTV’s TRL, Korn became the biggest band in the world. The band has sold over 35 million records world-wide. The band has released ten studio albums, 8 of which have gone Top 10 on the Billboard Top 200 (five of them hit the Top 5). Eight of their albums have gone multi-platinum. They have been nominated for 7 Grammy’s, winning two of them, and 11 MTV Video Music Awards, winning 2 of them. Korn hit their peak when they released back-to-back masterpieces: 1998′s Follow The Leader and 1999′s Issues. Both albums hit #1 on the Billboard Top 200. Their last album, 2010′s Korn III: Remember Who You Are, hit #2. Korn are back near top of the music game with The Path of Totality, which hit #10 in Billboard in 2011. The band’s 11th studio album, The Paradigm Shift, is set to hit record stores on October 8 via Prospect Park Records. – by Matt Bishop 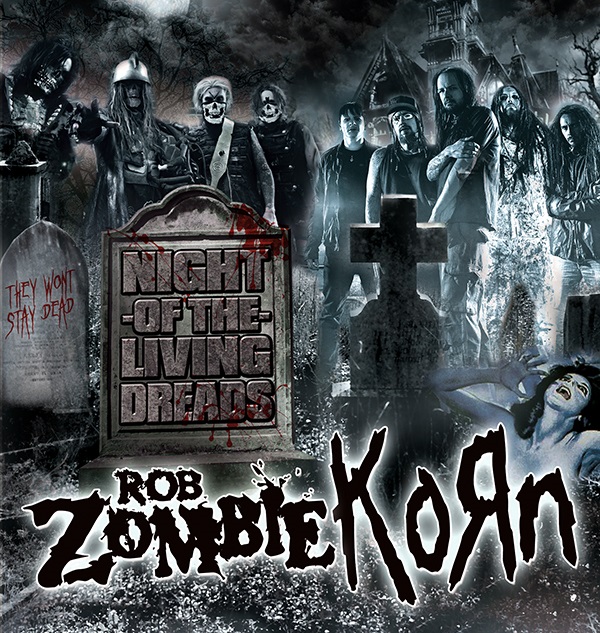 Welcome to the Revival of rock 'n' roll music. The way you used to hear rock, see rock, and feel rock is going to be shattered into a million pieces, reassembled, and revived. Dive into the realm of rock with interviews, concert coverage, and breaking news that make the music seem real again - in your ears, in your mind, and right in front of your very eyes. You'll feel the cool steel of the guitar strings and the smooth wood grain of the drum sticks right in your hands, all with the echoes of reverb in your head. This is the way rock was supposed to be experienced. Welcome to the Revival of rock 'n' roll music.
View all posts by Matt Bishop →
Tagged  heavy metal, Korn, Korn Never Never, Korn new album, Korn tour dates, music, music news, nu metal, Rob Zombie, Rob Zombie Korn tour, Rob Zombie new album, Rob Zombie tour dates, rock music, shock rock, The Night of The Living Dreads Tour 2013, The Paradigm Shift, The Rock Revival, TheRockRevival.com, tour announcement, Venomous Rat Regeneration Vendor.
Bookmark the permalink.