Last night at the legendary Starland Ballroom in New Jersey, hard rock hitmakers Nickelback took the stage for their first U.S. show in three years. Ironically, their last American outing was just a little bit south down the Garden State Parkway at the Hard Rock Hotel & Casino in Atlantic City in August of 2019. With a brand new album fresh off the presses, Nickelback are trading arenas for clubs to shake the rust off before they hit the road again for real.

Local rockers Reality Suite opened the show. They were hand-picked to serve as special guests by Nickelback themselves. The group kicked things off with “Wingman,” and proceed to drop other notable tracks like “Bury Me Alive,” “Cut, Burn, Bruise,” and “Triggers,” among others. Another highlight was a fierce cover of Blondie’s 1980 chart-topper “Call Me.” To wrap things up, they appealed to their Jersey audience by putting their own spin on a snippet of Bon Jovi’s “Livin’ on a Prayer” before busting out their biggest hit “Kiss The Ring.”

Nickelback strolled onto the stage and launched right into their new banger “San Quentin” from their latest LP. The energy in the room was palpable. The night was extra special, since it was the actual release day of their all-new tenth studio album. Leading off with the record’s lead single seemed like the most ceremonious way to start the set.

From there, they immediately went deep back into their discography with their melancholy hit “Savin’ Me.”

Early in the set, frontman Chad Kroeger spotted a sign in the crowd that read, “This is my first Nickelback show and I’d love a guitar pick.”

“Oh, we got a virgin,” Kroeger yelled with a chuckle. He immediately handed one of his picks to a fan in the front row, and with a little bit of teamwork, it was passed all the way back to the young fan wielding the sign. Then, Kroeger tossed a huge handful of picks into the crowd.

It was great to see a massive arena band just having fun in a small club like the old days.

The set was a more mild one musically for the band. In addition to “Photograph,” the band also played “Someday,” “Far Away,” “When We Stand Together,” and “Gotta Be Somebody,” among others. The other new track they played was “Those Days,” a nostalgic song in the same vein as past hits “Photograph” and “This Afternoon.” The evening’s heavier cuts included “San Quentin,” “Animals,” and “Figured You Out.”

No material was pulled from their last two outings – 2014’s No Fixed Address and 2017’s Feed The Machine. The album that got the most play was the band’s 2005 diamond-certified All the Right Reasons. The rest of the songs in the setlist were sprinkled in evenly from five other records.

Overall, there was much rust to shake off. Nickelback have always been one of rock music’s sharper acts. While they are dusting themselves off on this club run, it seems to be more about getting back to their roots rather than fine-tuning their skills after a three-year hiatus. It will be great to see them back on a bigger stage next year with a large production, and maybe even some pyro.

Make no mistake, though – whether it’s a small club or a huge arena, Nickelback put on one hell of a show.

At the end of the set, the band went all the way back to their 2001 breakout Silver Side Up, performing the album’s anchor “How You Remind Me.” Then the band turned up the intensity one more time, closing things out with the fist-pumping rager “Burn It To The Ground.” It was a great way to end the show, and certainly left fans hoping for a more even mix with heavier tunes on their impending full tour next year.

Nickelback have one more outing scheduled for this year at the Foxwoods Resort Casino in Mashantucket, CT. When their warm-up is over, we can expect a much larger tour announcement probably in January or February. The band’s tenth studio album Get Rollin’ is now HERE via CD, deluxe CD, orange vinyl, limited edition D2C exclusive blue marble vinyl, and digital download. 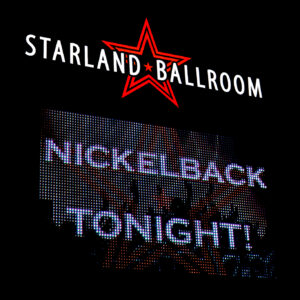 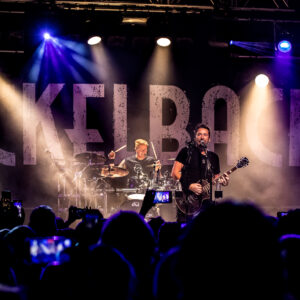 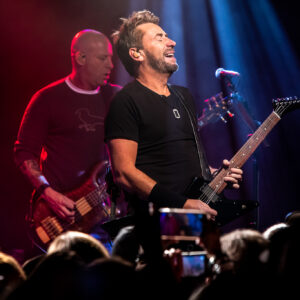 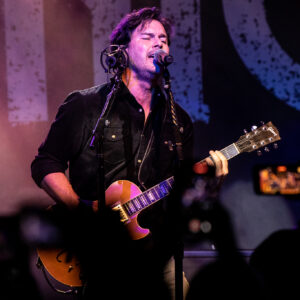 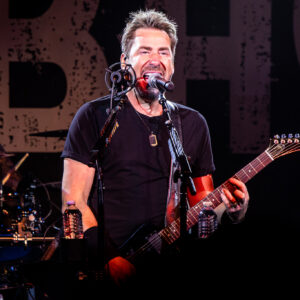 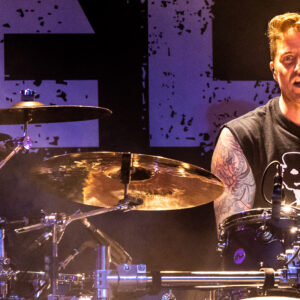 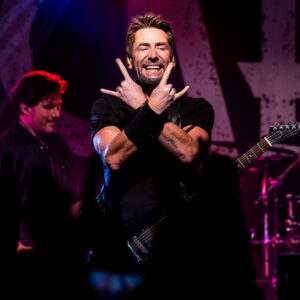 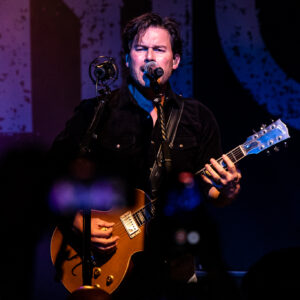 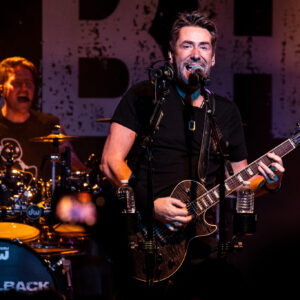 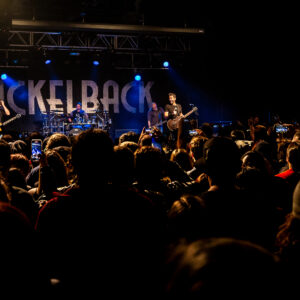 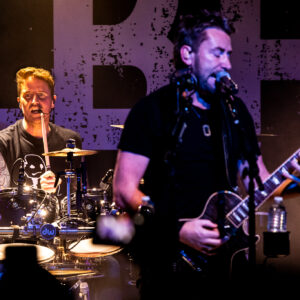 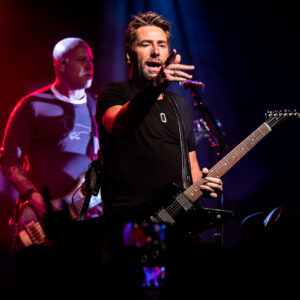 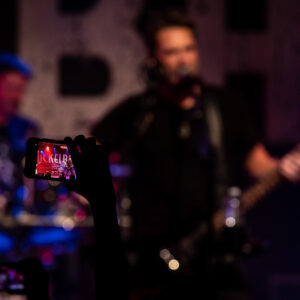 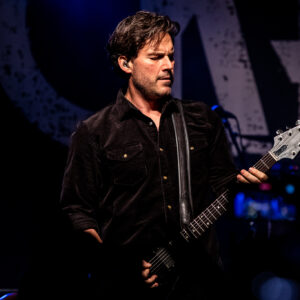 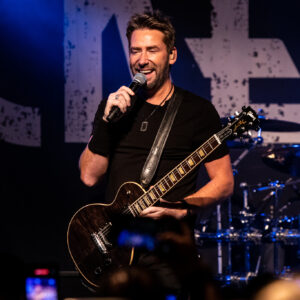 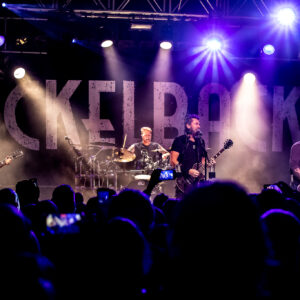 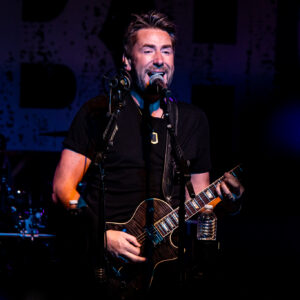 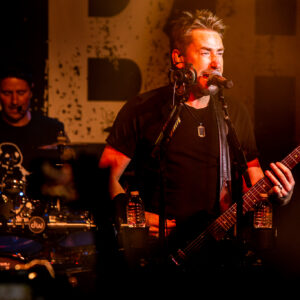 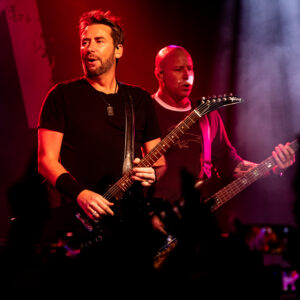 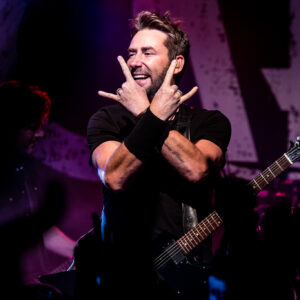 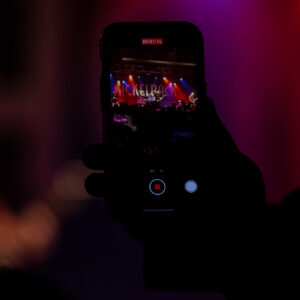 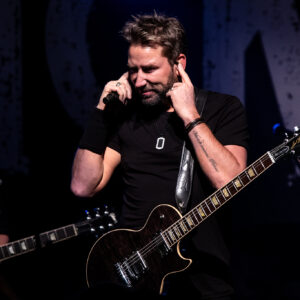 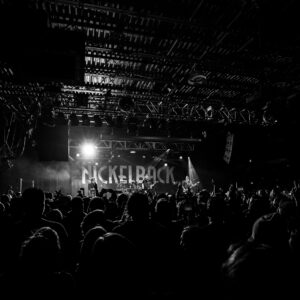