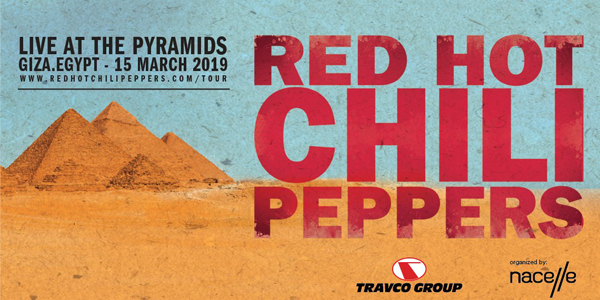 Talk about the next level concert experience! The Red Hot Chili Peppers have revealed that they will be performing live from The Giza Pyramids in Egypt. The performance will take place on March 15th and will also be broadcasted live around the globe.

The Great Pyramid of Giza in Egypt is one of the seven wonders of the world and one of the most breathtaking sights. We can’t even begin to imagine what it would be like to visit there, let alone witness a performance from an amazing band like The Red Hot Chili Peppers.

In a statement, bass player Flea says, “The pyramids, it’s unbelievable. We just jumped at the opportunity. I’ve always been so fascinated by Egypt and that region of the world and I’m so excited!”

The band’s Instagram shows that they are already in Egypt and gearing up for what will surely be the performance of a lifetime for them.