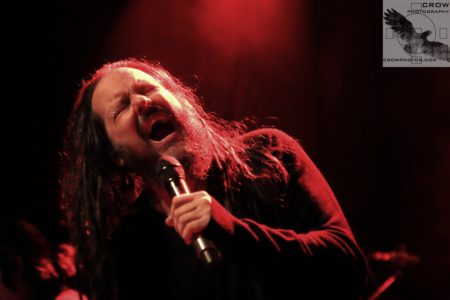 Jonathan Davis brought his Black Labyrinth solo tour to the House of Blues in San Diego, California on April 16, 2018. Mr. Davis is best known as the kilt-wearing lead singer of the nu-metal band Korn, but this was no Korn show. Although Korn drummer Ray Luzier was part of the action, Davis was wearing pants, his band included a cellist and violinist, and the mood was decidedly subdued throughout most of the set. The setlist included every song off of his upcoming debut solo album, ‘Black Labyrinth’, three songs he wrote for the ‘Queen of the Damned’ soundtrack, and a Neil Diamond ballad. The new material is excellent, full of ominous tones and brooding personal lyrics. There is an intensity inherent in the vocal delivery, and despite the dramatic departure in style, the show was thoroughly engaging and entertaining. 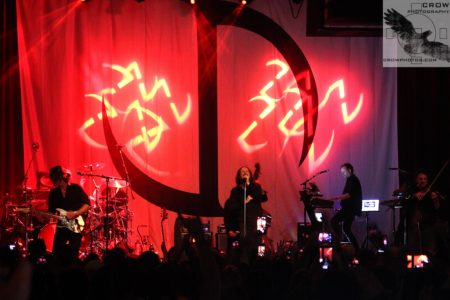 Check out tour dates at https://www.jonathandavis.com/#tour-dates.

See below for a photo album of Jonathan Davis at the House of Blues San Diego: