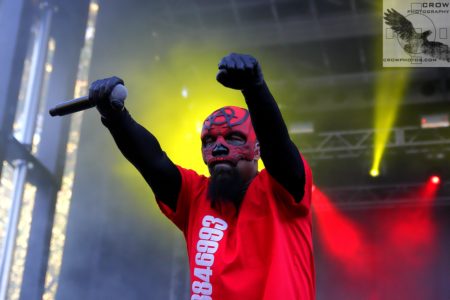 I interviewed Tech N9ne, AKA Aaron Yates, at the Aftershock Festival in October 2017, and he is just as humble as  he is cool! We talked about the true driving forces, early morning drives and long flights, that got us to our meeting point, and we chatted about the driving forces that inspire people. I further explained that for me, it’s about the love… I need to love and be loved, that is what drives me, and corny as it sounds, eat/pray/love, is my driving force. Tech N9ne, like some other artists we interviewed at this festival, is not driven by one word but by four, and that’s not just a four letter word! We learned in this interview that he is driven by family, beats, life, and smiles… 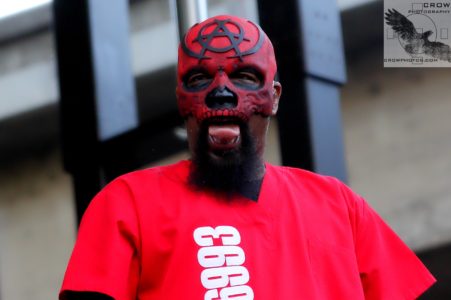 When asked about the driving force behind his music and what gets him going, Tech N9ne said he is driven by family… “family, there is a lot that comes with it though, because you have the family that raised you and they are all behind you. And, you have the family that you find on the road, they are all behind you. The fans are family, the “technicians”, they keep me going.” Being family driven myself, I agreed with him that all aspects of family make it a family affair. “Without the push of family, I would not be here.” Tech N9ne would be nothing without family and not where he is today… he said, “for some family members it’s hard to be away from but others want you working” so his motto is to “meet in the middle and party hard as hell”, and I agreed with him that it’s the balance of life that is key. 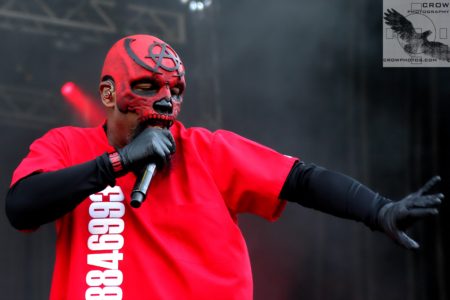 When asked about driving forces behind collaborations, Tech N9ne said he is inspired by the “beats, beats usually tell me exactly what to do” sometimes the beat is an idea like on Last record with Korn’s Jonathan Davis (JD) “Starting to Turn”. Tech N9ne had the “idea for the drums first then told his producer to build everything around the beat — they did that, sent it to JD and he loved it… the beat was the driving force. “Sometimes it’s the beat. I love to feel the beat and have the beat tell me where to go” Tech N9ne said “the beat tells me if have to cry, the beat will tell me if I have to party and smoke, or whatever, the beat will tell me if I have to be angry about social issues. The beat will tell you everything.” 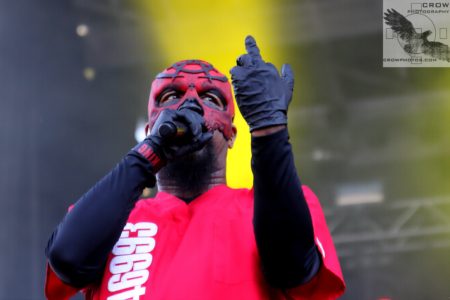 The beat is what pushes Tech N9ne for collaborations like with Corey Taylor, “Wither”. The rock beat that he heard from his producer pushed him to call Corey for a show in KC where they came up with ideas on the spot so the beats definitely drive him. 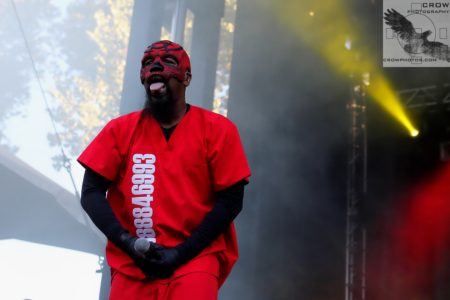 Compelled by the beat, Tech N9ne also shared a story about B.o.B.’s Camp. When he heard the beat, he thought it was a good song for “Problem” and brother Maxilla agreed that “Problem” was good, but told him if he want the hood to go crazy, they needed to get 2 Chainz on it, which they did, “Hood Go Crazy” with Problem beat — turned out to be biggest record, and a true collaboration. Tech N9ne said “beats tell you exactly what to do and sometimes the beat hits you first and then you figure out who would sound wonderful on that beat, whether it’s just me by myself or somebody to accompany me.” 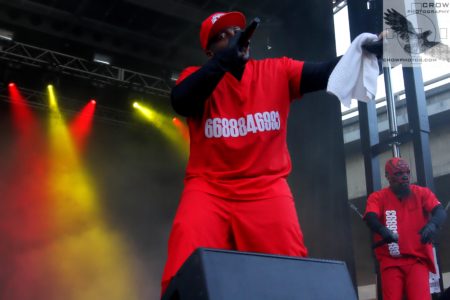 When asked about other inspirations Tech N9ne said he is not only inspired by his family, but he inspires them as well. He has three kids, two girls and a boy, ages 23, 22,18, who are on their way to musical field. They are inspired by him, he said, “with no choice” — and, as a parent too with a 21 year old daughter myself, we related and laughed about it. His oldest daughter majored in broadcasting and wants to get into radio. His youngest daughter is into dance and goes to dance school. His son is following in his footsteps and performed with him this past October at Red Rocks on Friday the 13th, of all days in front of 10K people… they practiced his verses and he nailed it, which turned out to be an epic proud day verses a day of superstition. 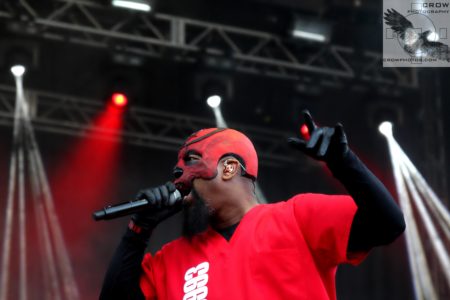 Tech N9ne said he is inspired by life, “life inspires me to keep going every day, no matter how bad it’s gotten over the years”. He believes that whatever doesn’t kill you, makes you stronger… “so many bad things have happened over the years, making his skin tougher and tougher man. Life inspires me to keep going and brightening up other people’s lives. When people see me coming, they smile, and that’s worth it. The smile is worth it.” 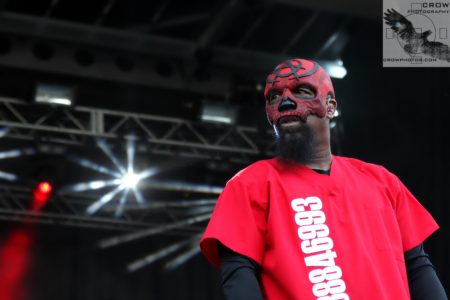 So Tech Nine’s driving forces: family, beats, life, and smiles, are such great introspectives from a guy who was not only profound, but calm, cool and collected when we met. As an American rapper, songwriter, record producer, actor, and entrepreneur (as defined by Wikipedia), he is a true jack of all trades in the entertainment world and more if you ask me based upon our interview. After seeing him perform later in the day at AfterShock in “Tech” mode with all his “Technicians” jammin along with him at the Capitol Stage, his rockin rap is definitely unbeatable. He by far exceeds his urban dictionary definition of being “the most talented rapper in the game” with these four driving forces at his core. 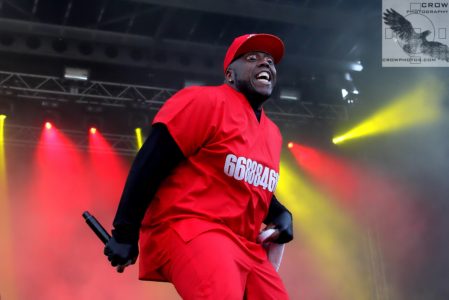 Tech N9ne has released his 20th studio album coming out, “Planet”, which includes collaborations with Just Juice, Krizz Kaliko, Joey Cool and King Iso. The “Planet” tour will visit 57 venues across North America before wrapping up on June 23, 2018 in Denver, Colorado. The full list of dates and cities can be found below:

Technicians are always wanted so be sure to keep an eye out for the new album and check Tech N9ne out in a town near you!