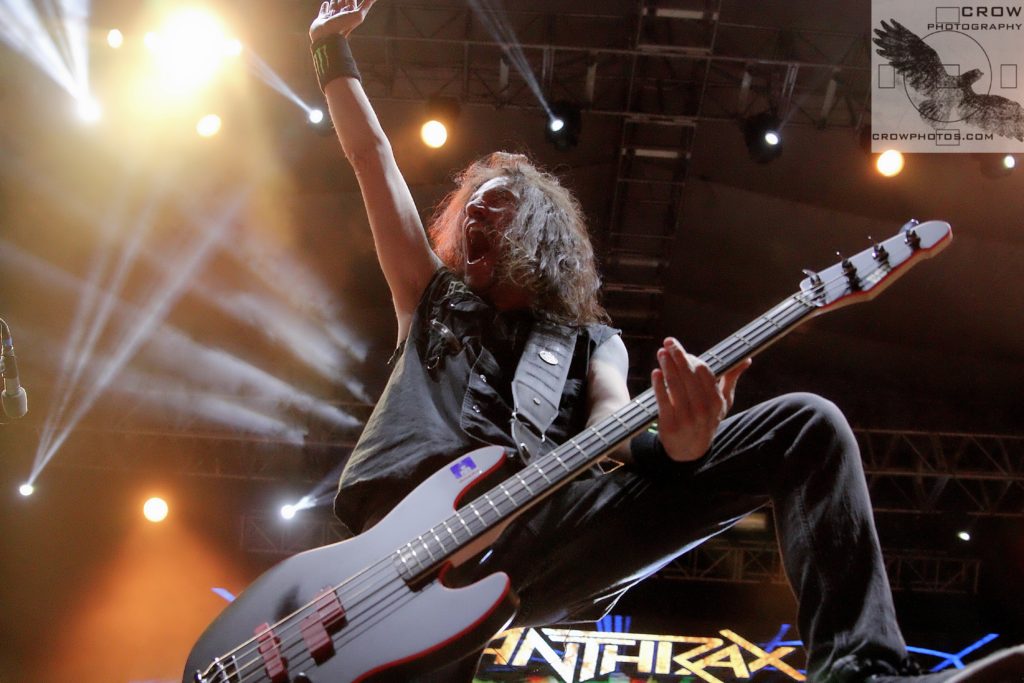 The first annual Fronterizo Fest thrashed the grounds of Estadio Caliente in Tijuana, Mexico on October 26, 2017. The festival organizers knocked this out of the park on their first try, pulling together acts from across North America to the border town just across the border from San Diego, California. The opening act was Deadly Apples, representing Montreal, Canada with an artistic industrial sound. Next up was Tijuana’s own Armagedon, a Spanish singing power metal band. Their connection with their local fans was strong and the mosh pits were swirling. Following up on the local vibe and energy was Alchemy, a disciple of the 1980’s heavy metal movement. Vocalist Carlos Yeme switches between English and Spanish, elevating his voice over the shredtastic stylings of lead guitarist Flavio Gijon. Mexican metal fans are known for their passion and pit warfare, and they did not disappoint. 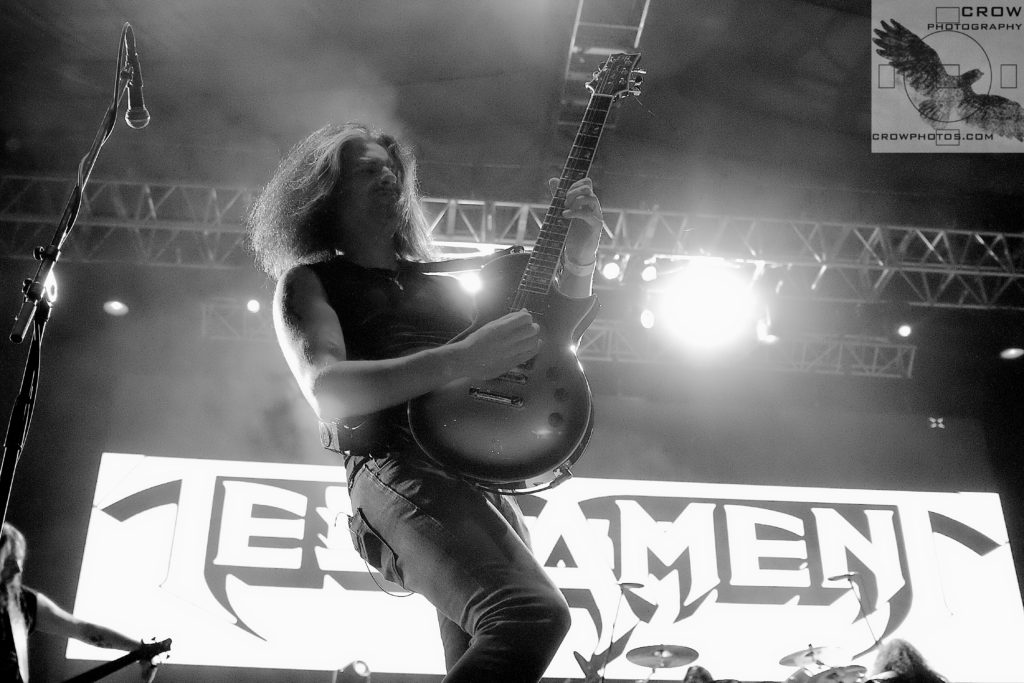 Once the crowd was warmed up and full of cerveza, it was time for the heavy hitters. American thrash legends were set to square off in a musical lucha libre. In one corner, the San Francisco bay area’s Testament, one of the founders of the West Coast hard and heavy style. In the other corner, Anthrax, New York City’s original thrash masters of the ripping riff, searing solo and soaring vocal. Testament struck first, with vocalist Chuck Billy recalling that the last time the band had played Tijuana, it was 25 years ago at the infamous Iguana’s club. Guitarists Eric Peterson and Alex Skolnick displayed their virtuosity and speed, bouncing notes off of each other like wrestlers against the ropes. Bassist Steve Di Giorgio and drummer Gene Hoglan kept the pace fast and tight. This band is as relevant as ever, with 3 recent albums that stack up well with their earlier masterpieces. 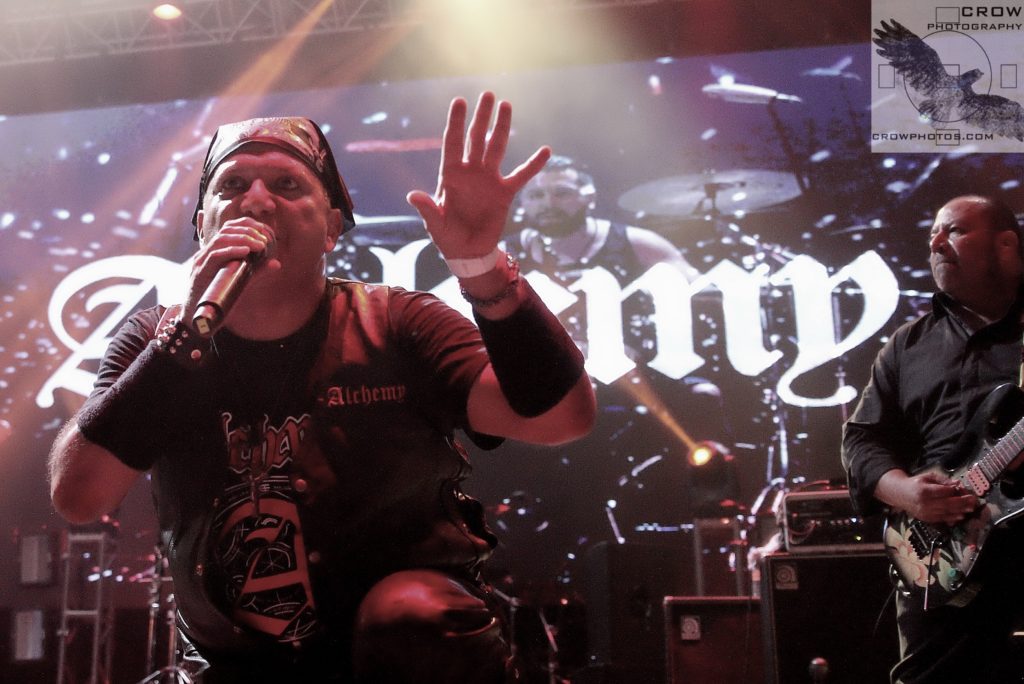 The gauntlet was laid down and it was time for Anthrax to tap in. They had last played Tijuana at Iguana’s 26 years ago. Drummer Charlie Benante showed once again why he is considered among the best drummers in rock, driving the crowd into a non-stop frenzy throughout the headline set. Bassist Frank Bello is a wind-up doll without an off switch, constantly moving across the entire stage, long hair whipping, his face a distortion of pure metal ecstasy, pausing only to deliver his aggressive background vocals. Scott Ian, considered metal’s top riff writer, showcased his incredible songwriting ability, playing songs recorded over 4 decades, each song as good as the last. Lead guitarist Jonathan Donais plays with speed and precision, no matter what the song. Lead vocalist Joey Belladonna is the consummate front man, belting out insane notes, rocking out with his bandmates, engaging with the crowd and leading them in chants. 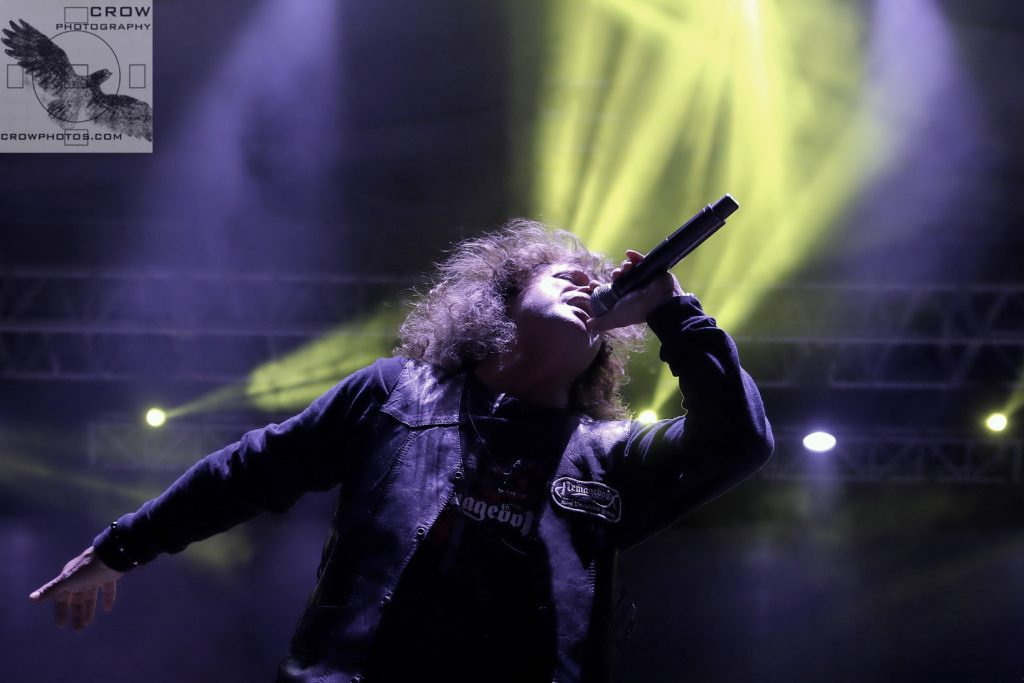 Fronterizo Fest 2017 was a huge success and cathartic release for several generations of heavy metal fans. The organizers quickly announced that plans are being made for Fronterizo Fest 2018, possibly moving into the soccer stadium, and bringing even bigger headliners. No matter what, this event was a welcome addition to the still-thriving metal scene, and everyone left a little tired, a little dirty and completely satisfied. Winner by a knockout – Fronterizo Fest! 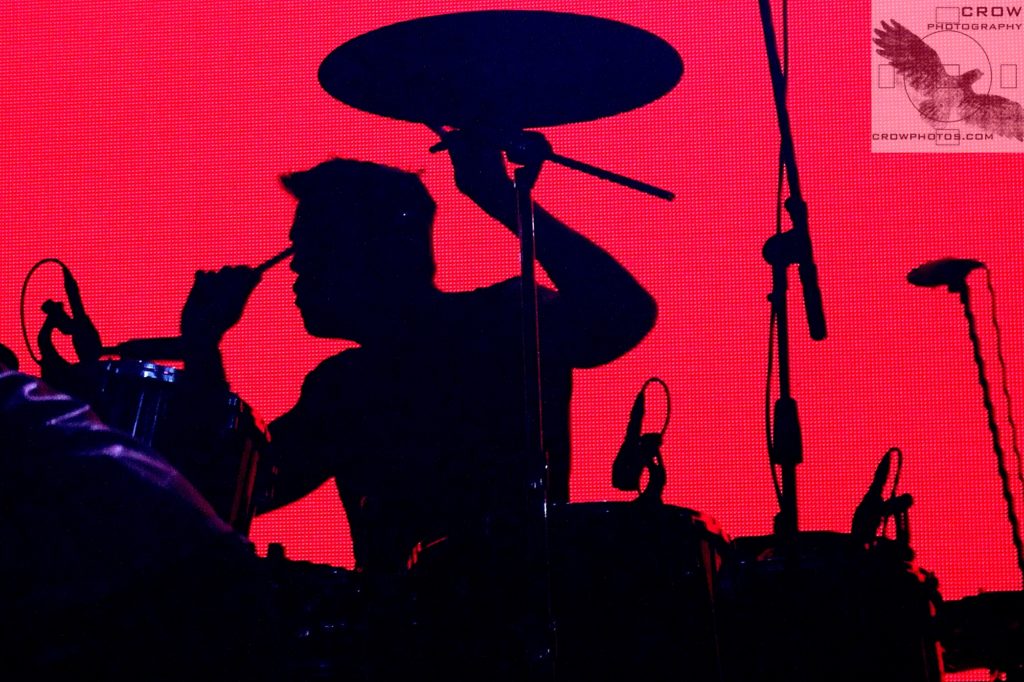 A full gallery of Fronterizo Fest 2017 images can be found below: