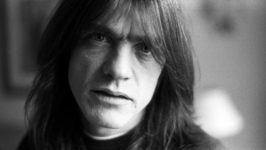 (TRR) – AC/DC rhythm guitarist and co-founder Malcolm Young has died. He was 64. Young had been suffering from dementia for the past three years, and passed away peacefully on Saturday with his family by his side, according to the band. He retired from AC/DC in September 2014 and was replaced on rhythm guitar… Continue reading

AC/DC have premiered a new music video for the single “Rock The Blues Away” from their latest outing Rock or Bust. It’s the band’s third music video from this album, and long-time collaborator David Mallet was once brought in to direct. AC/DC have announced the North American leg of their 2015 Rock or Bust World Tour. The late… Continue reading

AC/DC have announced the North American leg of their 2015 Rock or Bust World Tour. The late summer stadium trek kicks off on August 22 at Gillette Stadium in Foxborough, MA and wraps up on September 28 at Dodgers Stadium in Los Angeles, CA. More dates could possibly be announced in… Continue reading

After much speculation, former AC/DC drummer Chris Slade has reunited with the band. Slade has confirmed that he will play drums for the band’s featured performance tomorrow at the 57th Annual Grammy Awards which air tomorrow, February 8, at 8pm EST on CBS. As of right now, Slade is also expected to tour with… Continue reading 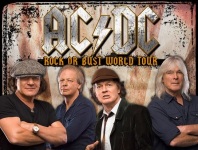 AC/DC have announced the first round of tour dates for their 2015 Rock or Bust World Tour. The worldwide trek will begin with a European leg that kicks off on May 5 at the Gelredome in Arnhem, Netherlands. More tour dates and festivals are set to be announced around the… Continue reading 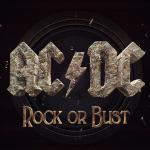 Just days away from the release of their new studio album, AC/DC have unleashed the official music video for “Rock or Bust”, the album’s title track. The clip was directed by David Mallet, who has worked with the band for nearly 25 years. The band filmed the footage in two days at Black Island Studios… Continue reading