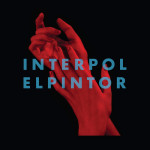 New York City alt-rockers Interpol have announced their brand new studio album, El Pintor, which is due out on September 9 via Matador Records. The band’s fifth effort will be the long awaited follow-up to 2010’s self-titled LP which hit #7 on the Billboard Top 200. The band spent the last few months at… Continue reading