Rock News
by Matt Bishop
March 4, 2019March 19, 2022
(TRR) – Slipknot are returning to stages in North America this summer. On Monday, the band announced the first Knotfest Road Show. The trek kicks off on July 26 at the Shoreline Ampitheater in Mountain View, CA and wraps up on September 8 at Cynthia Woods Mitchell Pavilion in Woodlands, TX. The tour‘s monster lineup will feature Volbeat, Gojira, and Behemoth. Tickets for the Knotfest Road Show go on sale to the general public beginning Friday, March 8 at 10:00AM local time at LiveNation.com. Premium members of Slipknot fan club Outside the 9 get first access to pre-sale tickets starting March 5 at 10 AM local time (join Outside the 9 now here). Citi is the official presale credit card for the tour, and  Citi cardmembers will have access to purchase presale tickets beginning Tuesday, March 5 at 12:00PM local time until Thursday, March 7 at 10:00PM local time. Slipknot have also revealed that they will release their highly anticipated new studio album on August 9.  Each pair of tickets purchased online for the band’s 2019 tour comes with a digital copy of their upcoming new album. Further instructions will be available upon purchase with additional album details to be revealed in the coming weeks. For more information visit www.slipknot1.com. 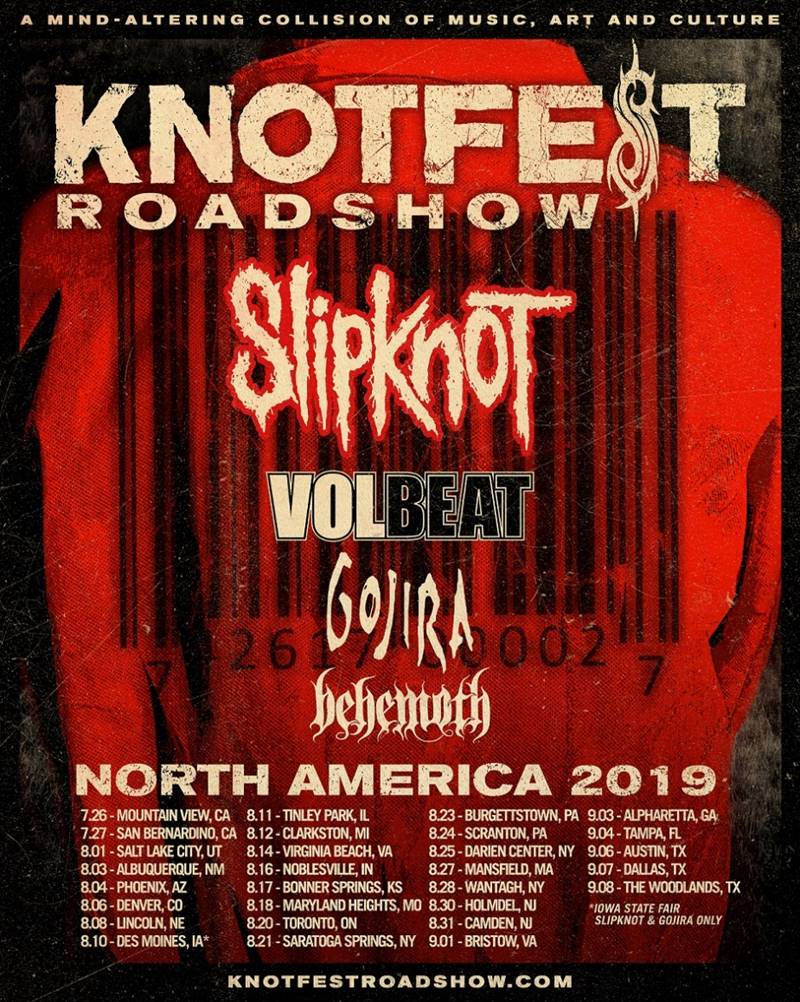