Alternative RockDeath MetalGrungeHard RockHeavy MetalRock NewsSouthern RockThrash Metal
by Matt Bishop
February 4, 2014March 19, 2022
A triple-threat tour was announced today, as Seether, Black Stone Cherry, and Skindred will be hitting the road this spring for a U.S. tour. The trek kicks off on April 22 at the Varsity Theatre in Baton Rouge, FL and ends on May 21 in Sioux Falls, SD at The District. The tour will also see all three bands making festival stops at Fort Rock, Welcome To Rockville, Rise Above Fest, and Rock On The Range. This tour delivers an eclectic mix of grunge, southern rock, and metal that’s sure to draw a wide array of rock fans.
Seether’s latest record, Holding Onto Strings Better Left To Fray, debuted at #2 on Billboard Top 200 in May 2011. It hit #1 on the U.S. Billboard Alternative, Hard Rock, and Top Rock charts. The album has produced three #1 singles for the band. Seether’s 2011-2012 touring cycle saw them hit 17 countries and play over 70 shows. Their relentless effort garnered the band a nomination for “Best Live Band” at the 2012 Revolver Golden God Awards. Seether are wrapping up work on their new album this week, and the disc is due out sometime in later this year. Black Stone Cherry are also working on a new record, which is nearly done as well. Their last effort, 2011’s Between The Devil and The Deep Blue Sea, debuted at #29 on the Billboard Top 200 and #1 on the UK Rock Albums Chart. Producing four hit singles, the band toured on the album for nearly three years. Skindred are set to release their fifth studio album, Kill The Power, on February 18 via Sony/RED. The disc made the first round list of TheRockRevival.com’s Most Anticipated Rock Albums of 2013. The band’s last record, 2011’s Union Black, hit #54 on the UK Albums chart. – by Matt Bishop 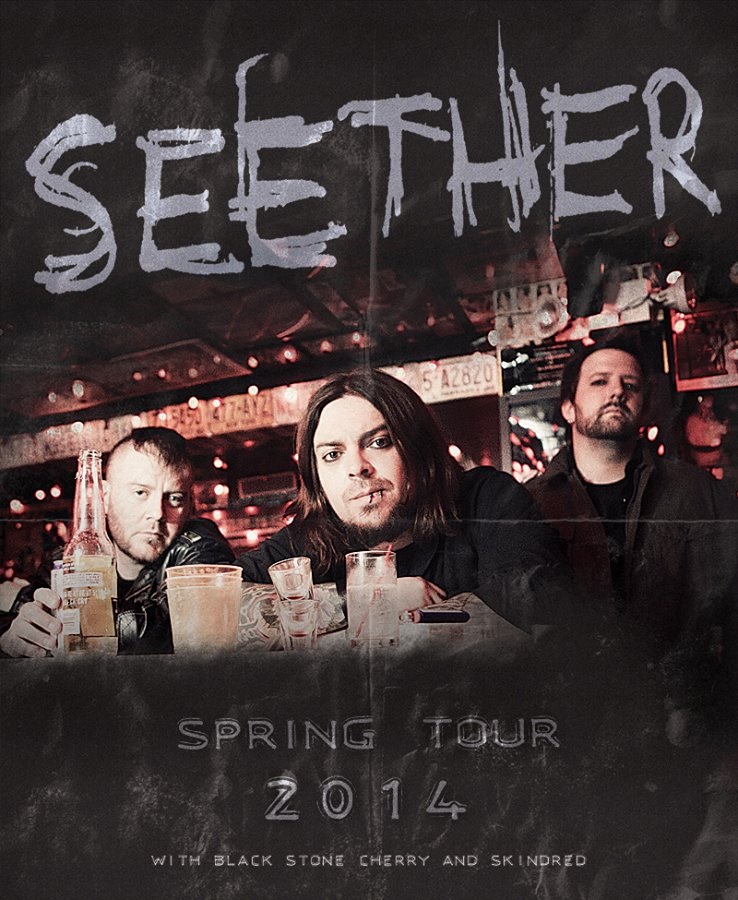