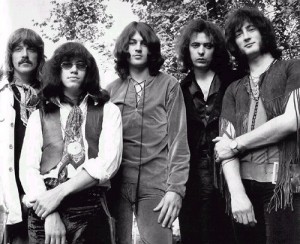 The Rock and Roll Hall of Fame has announced the nominees for the Rock and Roll Hall of Fame Class of 2013. The list is very hard rock-heavy this year, with Rush, Heart, Joan Jett & The Blackhearts, and Deep Purple (FINALLY) leading the ballot. One can’t help but think that Deep Purple are finally up for The Hall in light of Jon Lord‘s (keyboards, Deep Purple) passing earlier this year, but late as it may be, it’s well-deserved.

Jon Lord founded Deep Purple in 1968, and the band went on to become one of the most popular rock bands of all. Along with artists like Led Zeppelin, The Who, Steppenwolf, Black Sabbath, and Jimi Hendrix, Deep Purple are given much credit for inventing the hard rock/heavy metal sound and genre. The band’s 1972 masterpiece, Machine Head, is one of the greatest heavy metal albums of all time, and widely considered one of the greatest albums ever across all genres of music. Deep Purple broke up in 1976, but reformed in 1984. To date, the band has sold over 150 million albums.

Rush became eligible for the Hall of Fame in 1998, but this is their first time being nominated. Rush’s discography includes 14 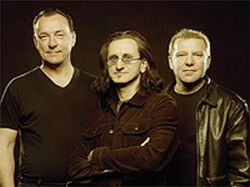 platinum albums, 3 of which have gone multi-platinum. To date, the band has sold approximately 45 million records world-wide. The band is showing no signs of slowing down, either. They just released their 19th studio album, Clockwork Angels, back in June. The disc debuted at #2 on the Billboard Top 200, and the band is currently trekking on the Clockwork Angels Tour.

Heart are also alive and well with the release of their new album, Fanatic, came hot off the presses on October 1. The rest of their catalog boasts 20 Top-40 Singles and over 30 million albums sold. VH1 ranked them #57 in “100 Greatest Artists of Hard Rock”. The band achieved Top 10 albums in the Billboard Top 200 in the 1970s, 1980s, 1990s, and 2000s. Most recently, back in September, the Heart received a star on the Hollywood Walk of Fame for their contributions to music. 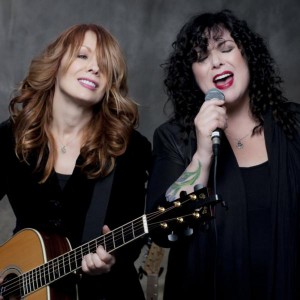 Women in rock are ruling this year’s class of nominees, as Joan Jett & The Blackhearts also make the first cut. Often called the “Queen of Rock ‘n’ Roll”, Joan Jett began her career at a young age as the rhythm guitarist of The Runaways with fellow 80’s icon Lita Ford. Jett handled lead vocals on the band’s final two albums before the group disbanded in 1979. In 1981, she released an acclaimed solo album, Bad Reputation. Jett then went on to form her own group, Joan Jett and The Blackhearts, which she fronted. The band enjoyed a string of hits in the 8o’s, including “I Love Rock ‘n’ Roll”, which is consensus one of the greatest songs of all time. In 2003, Rolling Stone Magazine ranked Joan Jett the #87 in their poll of the 100 Greatest Guitarists of All Time.

Rounding out this year’s ballot of nominees are the Marvelettes, the 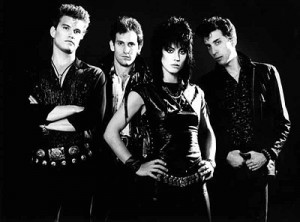 Meters, N.W.A., Paul Butterfield Blues Band, Procol Harum, Public Enemy, Randy Newman, Albert King, Chic, Donna Summer, and Kraftwerk. Usually held in New York at the famous Waldforf Astoria, this year’s ceremony will be held in Los Angeles for the first time since 1993. The ceremony has been held in Cleveland (home of the Hall of Fame) only three times: 1997, 2009 and 2012. – by Matt Bishop (From Top Left Down – Deep Purple, Rush, Heart, Joan Jett and The Blackhearts)

MARK TREMONTI FINDS HIS OWN 'REAL' ON DEBUT SOLO RECORD