Today, Monster Magnet premiered their new music video for “The Duke”, the second single off their new album Milking The Stars. The band collaborated with acclaimed director Phil Mucci (Stone Sour, Opeth, Pig Destroyer) for the video. The album is a reimagining of their last effort, 2013’s Last Patrol which slipped into the Billboard Top 200 on it’s debut. The new disc isn’t a remix album, but simply different interpretations of the songs; an movie with an alternate ending. The album’s first single “No Paradise For Me” which can be heard HERE. The disc is due out on November 18 via Napalm Records.

“This was a happy experiment for me,” states frontman Dave Wyndorf. “It’s not a re-mix record by the current definition. It’s more like Last Patrol in a ‘what if?’ style alternate reality. What if these songs were recorded in 1968? What would happen if I turned a pretty song into an angry one? How would adding creepy organs and Mellotrons affect the emotional vibe of a song? These are just a few of the questions that roll around in my head when I write and record any album but this time I decided to actually answer them with fully fleshed out, recorded and mixed examples.

Wyndorf continued, saying, “The process actually created new songs. That’s the icing on the cake for me. New sounds, new vocals, different instruments and arrangements make for a weird 1960’s vibe totally apart from Last Patrol which was fun for Phil [Caivano, rhythm guitar], Bob [Pantella, drums], Garrett [Sweeny, lead guitar], mixer Joe Barresi, and myself to explore. Finally there’s expanded versions of the songs “Last Patrol” and “Three Kingfishers” as recorded live at the AB club in Belgium, 2014. Both those songs were re-arranged for ‘maximum rock and psych’ before we hit the road last year and feature the debut performance of new Magnet bassist, Chris Kosnik. Personally, I think they beat the original versions. Rock on!” – by Matt Bishop 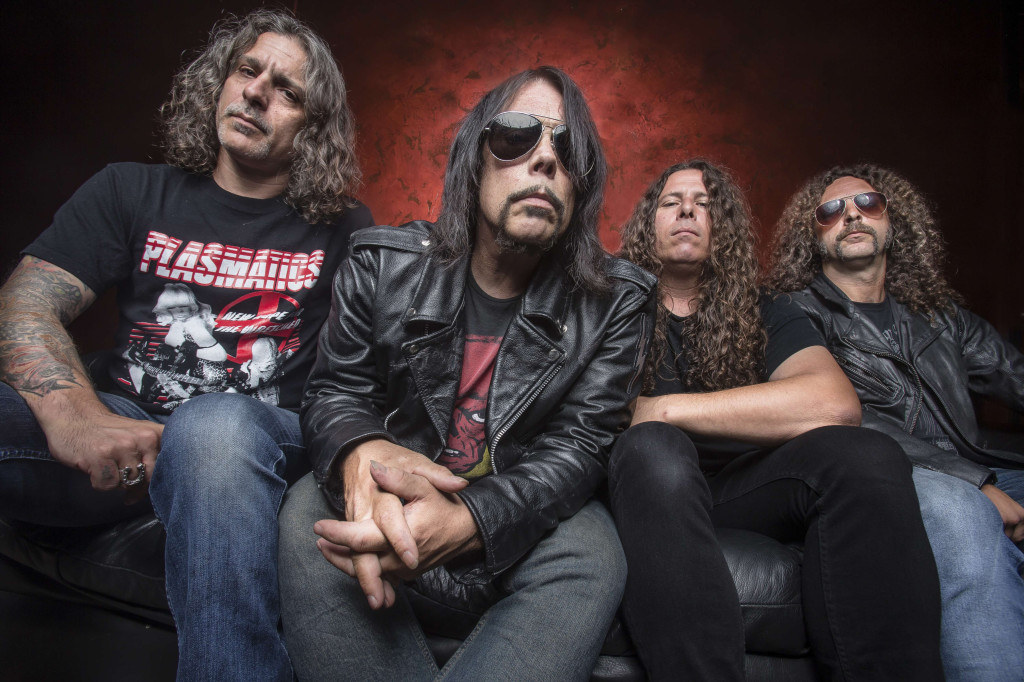 Welcome to the Revival of rock 'n' roll music. The way you used to hear rock, see rock, and feel rock is going to be shattered into a million pieces, reassembled, and revived. Dive into the realm of rock with interviews, concert coverage, and breaking news that make the music seem real again - in your ears, in your mind, and right in front of your very eyes. You'll feel the cool steel of the guitar strings and the smooth wood grain of the drum sticks right in your hands, all with the echoes of reverb in your head. This is the way rock was supposed to be experienced. Welcome to the Revival of rock 'n' roll music.
View all posts by Matt Bishop →
Tagged  dave wyndorf, hard rock, heavy metal, monster magnet 2014, monster magnet band, monster magnet last patrol, monster magnet milking the stars, monster magnet new music video, monster magnet news, monster magnet the duke, music news, rock music, sludge metal, stoner rock, The Rock Revival, TheRockRevival.com.
Bookmark the permalink.