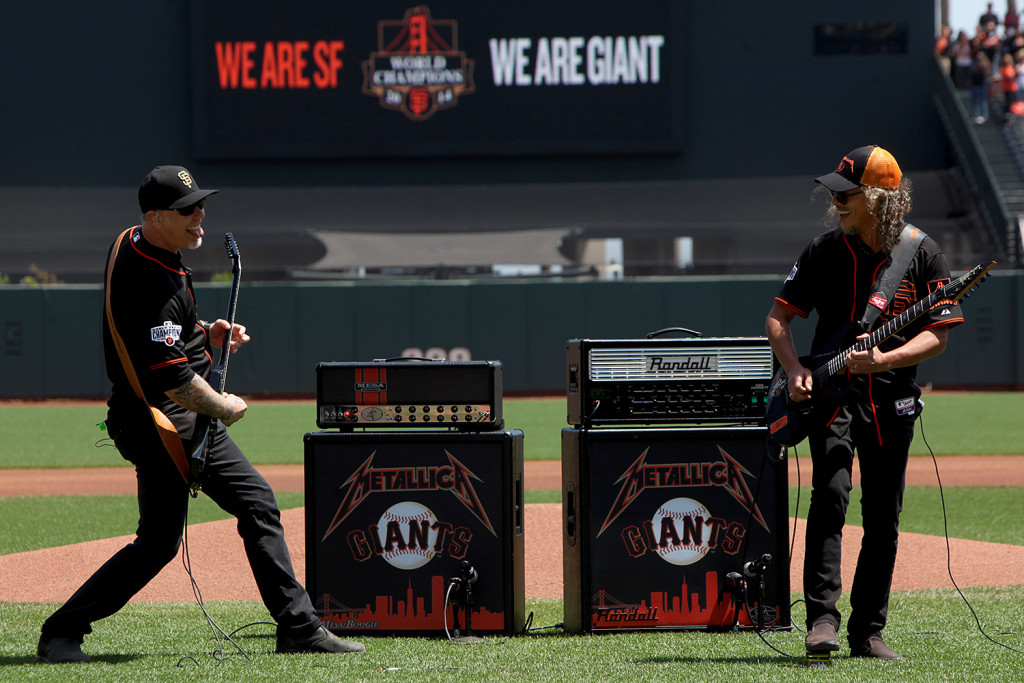 On Sunday, June 14, Metallica‘s guitar duo of James Hetfield and Kirk Hammett will perform the National Anthem at Game 5 of the NBA Finals. Metallica have released the following statement:

“We’re incredibly lucky to have another winning team here in the Bay Area as the Golden State Warriors took the NBA Western Conference title and are facing the Cleveland Cavaliers in the NBA Finals. By now we’re guessing that you’ve noticed that we like to support our home sports teams, so to continue in that tradition James and Kirk will be on hand at Game 5 on Sunday, June 14th. They’ll be performing the National Anthem before the game as the Warriors resume their quest for the title back at home at Oracle Arena in Oakland, CA that night. Tune in to your local ABC station to watch the performance live, game time is 8:00 PM Eastern and GO DUBS!”

Welcome to the Revival of rock 'n' roll music. The way you used to hear rock, see rock, and feel rock is going to be shattered into a million pieces, reassembled, and revived. Dive into the realm of rock with interviews, concert coverage, and breaking news that make the music seem real again - in your ears, in your mind, and right in front of your very eyes. You'll feel the cool steel of the guitar strings and the smooth wood grain of the drum sticks right in your hands, all with the echoes of reverb in your head. This is the way rock was supposed to be experienced. Welcome to the Revival of rock 'n' roll music.
View all posts by Matt Bishop →
Tagged  America, basketball, cavs warriors, cleveland cavaliers, golden state warriors, heavy metal, James Hetfield, james kirk nba finals, jr smith, Kirk Hammett, lebron james, metallica game 5, metallica national anthem, metallica nba finals, music news, national anthem, nba finals, nba playoffs, rock music, rock revival, sports, stephen curry, usa.
Bookmark the permalink.