Rock News
by Matt Bishop
September 18, 2017March 19, 2022
(TRR) – Linkin Park have announced a special concert in tribute to their late frontman Chester Bennington. Bennington died on July 20. The show is set to take place at the Hollywood Bowl in Los Angeles, CA on October 27.

Billed as Linkin Park and Friends, the one-night-only event will see the surviving members of Linkin Park perform on stage for the first time together since Bennington’s untimely passing. Bennington died on July 20 at his residence. The band were set to embark on their One More Light Word Tour exactly one week later on July 27 in Boston, MA.

The individual band members of Linkin Park intend to contribute their fees from the event to Music For Relief‘s One More Light Fund in memory of Chester. Ticket pre-sale begins Tuesday, September 19, and general public on-sale begins Friday, September 22. Tickets can be purchased HERE.

Linkin Park’s latest effort One More Light debuted at #1 on the Billboard Top 200 back in May via Warner Bros. Records. It is the band’s seventh and quite possibly final studio album. To date, Linkin Park have sold over 100 million albums worldwide and have garnered two Grammy Awards. 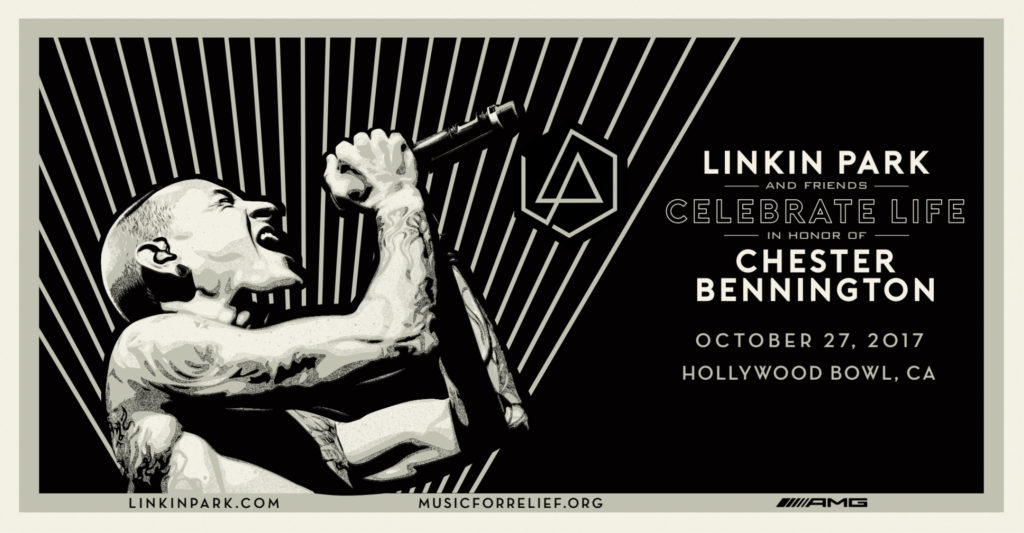