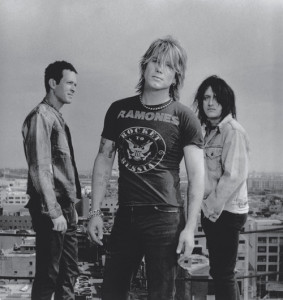 Goo Goo Dolls and Matchbox Twenty have partnered for an epic summer tour. Certainly one of the most anticipated tours of the year, the dynamic duo start the trek on June 25 in Manchester, NH, and roll all summer long through August 18th. These two bands are a match made in light alternative rock heaven, and it’s just what fans need for a summer concert on a warm night.

Goo Goo Dolls are one of the greatest artists of their generation. The band is certainly one of the most accomplished acts of all time, with 14 Top 10 Radio hits, more than any other artist in the history of the Hot AC format. Their last five albums have all charted in the Top 30 on the Billboard Top 200. Their triple platinum 1998 release, Dizzy Up The Girl, spawned four massive hit singles, including “Iris”.  The band’s biggest hit, it spent nearly 12 straight months on the Billboard charts and held the #1 spot  for 17 consecutive weeks. John Rzeznik has been honored with the Songwriters Hall of Fame Hal David Starlight Award. Throughout their career, they have been nominated for four Grammy Awards, and are the only artist to have three songs on Billboard’s “Top 100 Songs from 1992-2012″ including the #1 slot, for “Iris.” 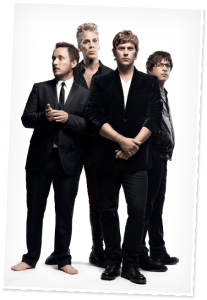 Welcome to the Revival of rock 'n' roll music. The way you used to hear rock, see rock, and feel rock is going to be shattered into a million pieces, reassembled, and revived. Dive into the realm of rock with interviews, concert coverage, and breaking news that make the music seem real again - in your ears, in your mind, and right in front of your very eyes. You'll feel the cool steel of the guitar strings and the smooth wood grain of the drum sticks right in your hands, all with the echoes of reverb in your head. This is the way rock was supposed to be experienced. Welcome to the Revival of rock 'n' roll music.
View all posts by Matt Bishop →
Tagged  Goo Goo Dolls, Matchbox Twenty.
Bookmark the permalink.